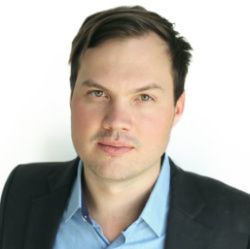 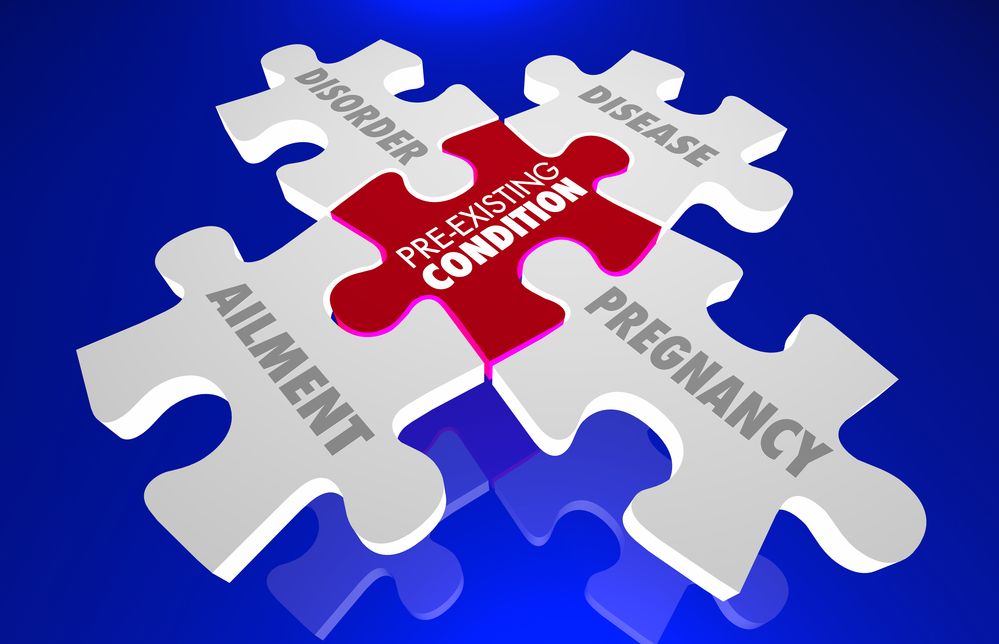 A preexisting condition is any medical condition–it could be a recurring illness or infirmity–that began before a health insurance policy came into force. When an individual applies for health insurance, the second part of the application is a list of 23 or so questions to declare whether or not they have, or have had, a wide range of conditions related to every aspect of that prospective client’s health. The underwriters for the insurance company use these answers to assess the amount of risk that person, if issued a policy, would present to the company. (Applications for travel insurance policies do not have these 23 questions, and therefore their underwriting is conducted differently. More on this later.)

As this application is a part of a legally binding agreement between the insured and the insurer, the individual applying for the health insurance policy has a legal obligation to answer each question fully and truthfully disclose all health conditions. If it is later determined that there has been a known, undisclosed condition or a willful omission in the application, this is fraud; the insurer will cancel the policy and refuse coverage for any claims, even if the treatment claimed is unrelated to the omission. The insurer may also pursue legal action in some instances.

After the application is filed, most insurers will consult the MIB Group. Formerly the Medical Information Bureau, MIB controls the largest database of life and health insurance information in North America. MIB will then share with the insurance company the medical records it holds of the applicant. (Similar to credit bureaus, consumers can request their insurability "score".)

There are three options once you have truthfully completed and submitted your application to the insurer, based on the actuarial assessments of the underwriters:

There is a fourth option, whereby a plan will cover the preexisting condition (especially ACA-compliant plans) but with a waiting period, a lower limit, or a separate deductible for the specified preexisting condition. We will discuss this later in the section on GeoBlue Insurance.

One common exclusion is a cardiovascular exclusion. We have many clients who are taking prescription medication to control high blood pressure. These widely-prescribed medications are a double-edged sword as they keep a cardio-related condition in check, making the individual less likely to file a cardiovascular insurance claim in the future. On the other hand, they signal a preexisting condition to the insurer.

Often, if a client is on blood pressure medication prescribed by a doctor, we recommend getting blood work records (from as long ago as possible) to accompany the application and a physician's statement. If the records and physician’s statement show that the condition is stable, the applicant may be able to avoid a cardiovascular exclusion.

Can Preexisting Conditions be Covered by Government-sponsored Health Insurance Plans?

Since covering individuals with preexisting conditions is fiscally unfeasible for private health insurers, some government plans have stepped in to cushion the blow that these companies would otherwise assume. Health insurance companies will never insure a person who is known to cost more money than she will pay in premiums. A company that did this would not be in business for long, hence the exclusion of preexisting conditions in most private health insurance plans.

Since the passage of the Affordable Care Act (ACA, also known as Obamacare, now in its 12th year at the time of writing), US-based insurers that sell medical policies to US citizens residing in the US, have a federal mandate to provide coverage for preexisting conditions. Whereas before the ACA, medical insurance applications asked the 23 questions (like international plans still do), the only questions asked of an applicant to an ACA-compliant plan is whether the individual applicant is pregnant and whether he smokes.

As you can probably imagine, this mandate was a boon for people with high risks due to preexisting conditions such as diabetes, cancer and other serious ailments, who may have been previously denied insurance coverage.

As a consequence of these high-risk individuals suddenly able to get health insurance, the actuarial tables shifted massively. Now, the premiums (and deductibles) of ACA-compliant plans have skyrocketed, and healthy individuals are paying higher premiums than before in order to support the claims made by their less-healthy counterparts.

The second part of the federal mandate stipulates that all individuals must have health insurance. The massive influx of customers who previously did not have coverage, brought a massive influx of cash in the form of premiums. With this windfall, the insurance companies were able to offset their newly-assumed risks.

IMSS is a decentralized government body created in 1943. Under the Secretariat of Health, it represents one of the most important organizations comprising the Mexican healthcare system. According to its website, in order to perform its duties of "providing healthcare and social protection to Mexicans," IMSS “combines research and medical practice with the administration of resources for its insured, to provide peace of mind and stability to workers and their families, in the face of any of the risks specified in the Social Security Law.” More than half of the Mexican population has some involvement in the IMSS, the largest institute of its kind in all of Latin America.

IMSS provides very inexpensive medical insurance for all Mexican workers, employers, and legal residents, with most packages ranging from $40-90 USD per month. For these budget friendly prices, there are some serious drawbacks to consider. Firstly, preexisting conditions are excluded from the insurance IMSS offers, and many conditions, such as STD’s, diabetes, and cardiovascular problems will result in an automatic denial of coverage. Furthermore, there are waiting periods of one to two years for most medical conditions. This means that individuals must have been enrolled in an IMSS plan for the time stipulated in order for their conditions to be covered; otherwise, they are considered preexisting.

A third public entity for healthcare in Mexico is known as INSABI, the Health Institute for Well-being. This organization was formerly known as Seguro Popular, or the National Commission of Social Protection in Health. In 2020, INSABI was created to redress some of the shortcomings of Seguro Popular, namely the inequity in coverage between urban and rural populations and the extreme heterogeneity of coverage from one state to the next.

While any Mexican citizen or legal resident can enroll for free in INSABI, it is mostly meant for Mexico’s extremely poor, who are not able to afford even IMSS health coverage. An extremely new program, INSABI has been widely criticized as being “improvised,” without any type of regulatory or operational support. The brainchild of Mexican president Andres Manuel Lopez Obrador (AMLO), INSABI came into effect in 2020, replacing Seguro Popular (which was a well-regarded, 17-year-old program), with a totally new program.

When it was founded in 2020, its operating rules had yet to be established, and its affiliation processes were not ready. One of the major disadvantages of the new INSABI is that, whereas Seguro Popular did provide coverage for preexisting conditions, INSABI does not.

Furthermore, the INSABI operates with an extremely low budget and relies heavily on donations from philanthropic organizations and individuals for even the most basic supplies such as toilet paper and bleach. The organization, which was established in a somewhat slapdash manner by the monomaniacal, myopic AMLO, does not fully cover any health conditions, let alone preexisting conditions. The waiting-times are geological, even for some very common, uncomplicated procedures. For most of these, INSABI will insure between 40-60% of the cost, leaving its (mostly lower class) “insureds” on the hook for the rest of the money.

Unlike most standard major medical insurance, GeoBlue will not offer exclusions for preexisting conditions. Instead, they will enforce a 180-day waiting period (which is waived if you are transitioning from a different ACA-compliant major medical policy) for coverage of the disclosed conditions and may impose higher premiums to treat this condition.

This is to insure an unexpected condition that flares up while you’re traveling and covered by a travel policy, but it’s important to note that there is a lot of room for interpretation in the term “rapidly progressive.” The insurer will pay for the hospital to stabilize you, but they won’t cure the condition. For example, if you have a heart condition, they may cover a heart attack emergency, but they will not cover other related expenses, like a heart stent, expensive medications, or ongoing outpatient care.

In the words of Aldis Barsketis, senior broker of Expat Insurance, travel insurance is meant to “patch you up and then send you back to where you came from, where you hopefully have your major medical coverage.” One travel insurer we work with, Trawick International, puts it fairly bluntly: “In most every case, preexisting health conditions are not covered under travel insurance”

As mentioned earlier, applications for travel insurance policies are very simple. You fill out your name, address, passport number and a credit card number to pay for the specified travel dates, and the coverage usually comes into effect the next day (or the first day of your trip, specified in the application). Since they don’t ask you the 23 health-related questions that major medical insurance applications do, they conduct their underwriting process after a claim is filed and before the insurer reimburses their client. (Travel policies very rarely have direct-payment agreements with healthcare providers.) Read more about the differences between travel policies and major medical policies here.

Once a claim is submitted to a travel insurance company, they will use every tool at their disposal to get the full picture of the event, including taking a look back at your medical records to determine whether the claim is valid or whether it is the result of an unstable preexisting condition and therefore excluded. 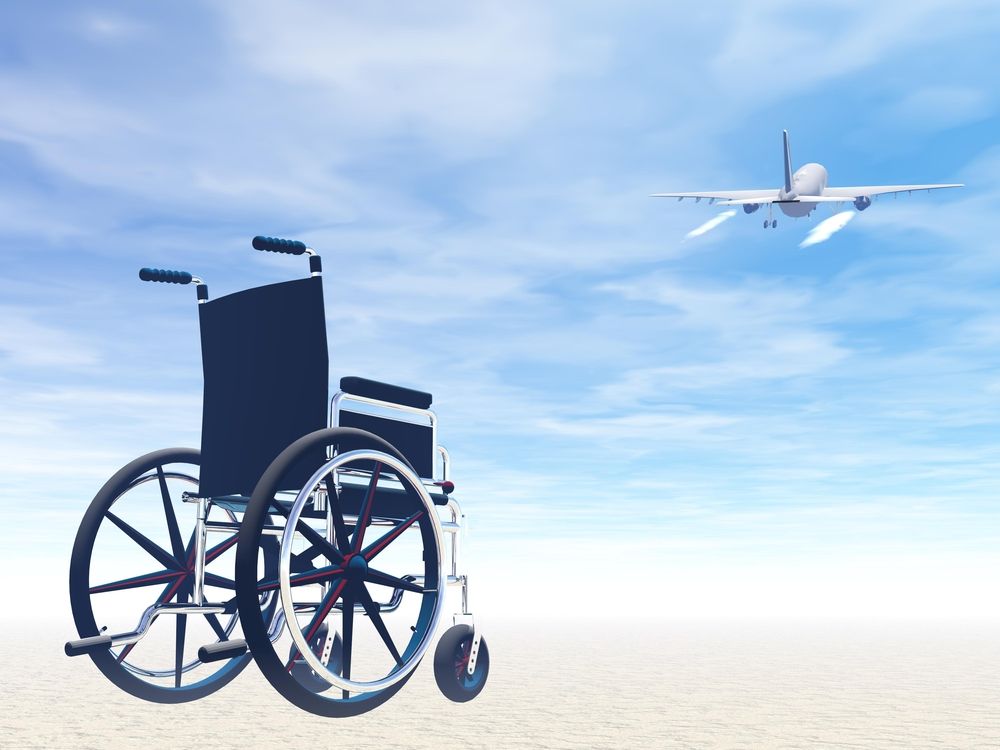 One type of policy that is a notable exception to the general rule about preexisting conditions is evacuation policies. Depending on the carrier, and depending on the condition, most evacuation policies do cover preexisting conditions. Since there is typically no underwiting performed for these types of policies, any condition can be covered. The caveat of this is, of course is that the companies that provide evacuation service, are not healthcare providers.

Once the patient is relocated by the medical evacuation service provider (after being stabilized), their primary major medical insurance policy kicks in to pay for the treatment that patient requires. It is important to note that this care is dependent upon the patients policy to insure preexisting conditions. Travel medical evacuation can be a great option for for people traveling outside their insurance company’s service network area, with a policy that covers them and any preexisting conditions they may have at home.