The largest city and capital of the Mexican state of Hidalgo, Pachuca is located in a canyon valley about 50 miles north of Mexico City. At an elevation of 2,432 meters (8000 feet) above sea level, it is one of the highest cities in Mexico—the 5th highest city in Mexico, and 42nd in the world.

The city of Pachuca has a population of 277,375. It is recognized both for its deep historical significance in Mexican history and for its contribution to the landscape of Mexico’s industrial growth through the extraction of its rich mineral deposits. 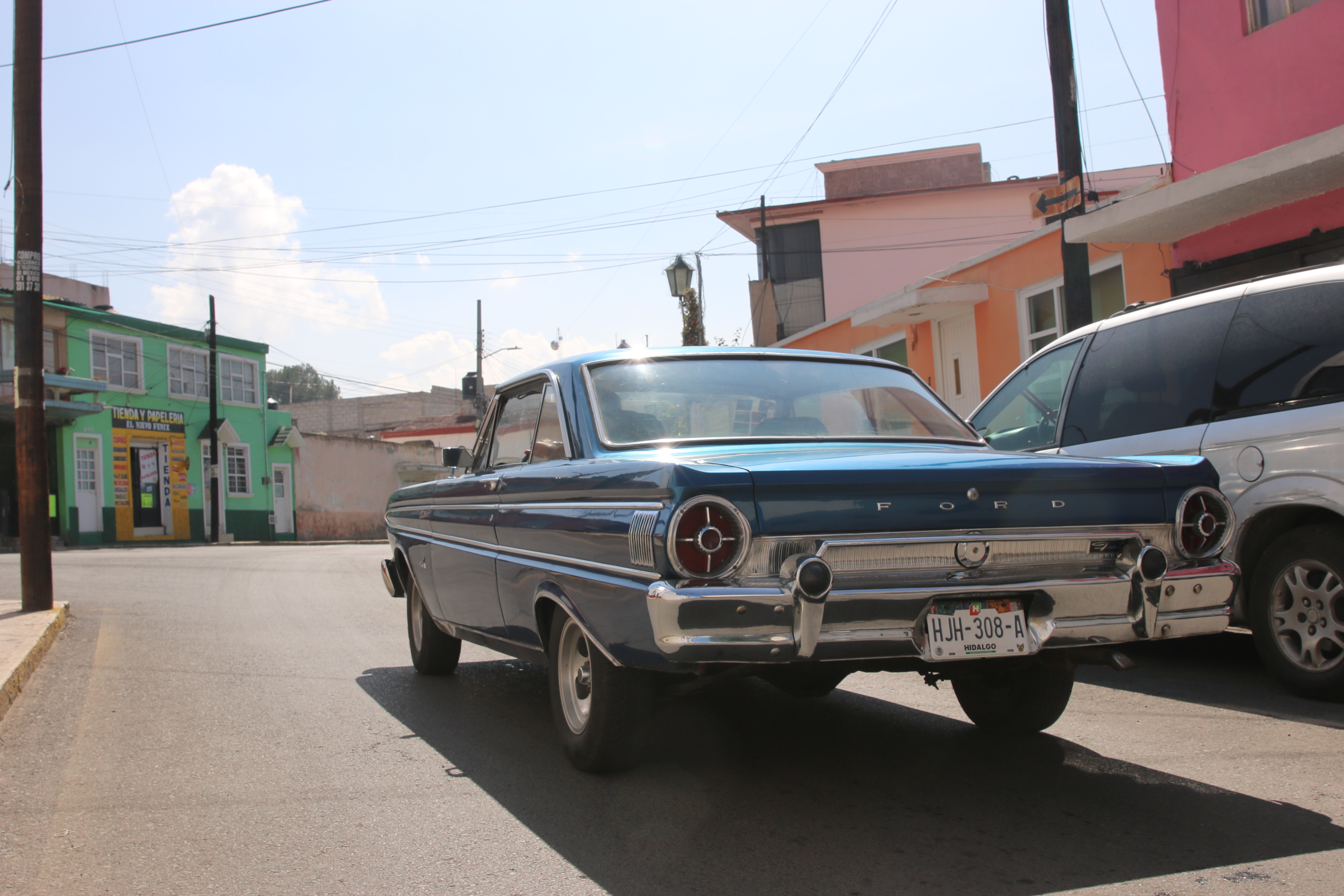 In the Sierra de Pachuca and nearby mountains, evidence of human habitation can be found as early as 12,000 BCE. Archaeologists have found scraping tools, arrowheads, and mammoth remains that point to human settlement existing in this region for thousands of years.

Archaeological evidence indicates that human beings were first drawn to the region for its deposits of green obsidian. Around 2,000 BCE, these nomadic groups began to settle in the region, forming an ancient pre-Hispanic hub of obsidian fabrication in present-day San Bartolo—about 100 kilometers from the modern-day city of Pachuca.

Between 200 CE and 800 CE, platforms and figurines in areas near the modern-day city of Pachuca show Teotihuacano influence. As this influence faded, the Chichimecas came to dominate the region. They called the area surrounding their capital Pachuca Njunthé.

It is during this period that we see the first structure built where the modern-day city of Pachuca now lies. Between 1174 and 1181, the Chichimecas built fortifications to keep out the Otomis which they had previously pushed from the nearby Mezquital Valley.

Over 200 years later, between 1427 and 1430, the Aztec Empire overran the Chichimecas. During their conquest, the Aztec established a governing center where Plaza Juarez in Pachuca City now stands.

By 1560, Pachuca de Soto—as the city was called then—had quickly tripled in size to a population of 2,200 due to the opportunities in employment in the burgeoning mining industry.

A historical account of mining in Pachuca written at the end of the 16th century, called Descripción Anónima de las Minas de Pachuca (Anonymous Description of the Mines of Pachuca), claims that the birth of European mining in the region dates back to 1552.

A farmer named Alonso Rodríguez de Salgado discovered mineral deposits in two large hills called Cristóbal and Magdalena which lay on the outskirts of his ranch. Soon, workers flocked to the area looking for work in the mines.

Only two years later, in 1554, a man named Bartolomé de Medina found the largest mineral deposits on his hacienda Purísima Concepción. He developed a new “patio process” for extracting minerals from ore which employed a mercury amalgamation instead of the traditional smelting techniques that existed in the Americas at that time.

Over the next 200 years, mining would employ these techniques until production waned. However, in 1741, two businessmen named Pedro Romero de Terreros and Jose Alejandro Bustamante developed and installed new drainage systems that allowed Pachuca’s mining industry to flourish again.

– The Influence of Cornish Miners on Pachuca –

The Mexican War of Independence wreaked havoc on the political and economic landscape of Pachuca. During the war, the mines were closed as the loyalists who owned them fled the region.

By 1824, Cornish miners, who had themselves experienced an economic depression in the British Isles, fled Cornwall searching for work in the Americas. British mining companies invested in the abandoned mines—bringing with them 1,500 tons of state-of-the-art mining equipment—which once again helped to revive the mining industry in Pachuca.

This immigration of Cornish miners would have a profound impact on the cultural landscape of Mexico. They brought with them football (soccer), helping to establish the first football clubs—which would help to firmly entrench the sport as a national pastime in Mexico.

They also brought with them Cornish pasties. Similar to a burrito in the north of Mexico, pasties (known as "pastes" in Spanish) were a full meal wrapped in pastry dough that miners could take with them into the mines. Pastes are still found in Central Mexico to this day.

Perhaps the most unique contribution to the Mexican cultural landscape was their introduction of cockney rhyming slang. Mexican locals were impressed with this ability to speak a doublespeak language which would evolve into the Mexican albur—a form of sexualized doublespeak that sounds innocuous but contains hidden meanings. To this day, Pachuca remains the home of the albur.

Pachuca City lies in a semi-arid climate that is characterized by vegetation like grasses, shrubbery, and succulents. However, the surrounding areas boast some of Mexico’s best conifer forests, such as El Chico National Park which lies just north of the city of Pachuca.

Pachuca City is located in a mountainous valley. This topography means that air is funneled from canyons just north of the city, giving the city a reputation for having strong winds—so much so that one of its nicknames is La Bella Airosa (the beautiful airy city).

Pachuca City sits at an elevation of just under 8,000 feet above sea level. This high altitude serves to keep the city relatively cool during the year. The combination of high altitude and strong winds means that Pachuca stays quite cool—especially at night.

The hottest months are March through May (with May being the hottest overall). That said, the average temperature for Pachuca City in the summer is a comfortable 24 ℃ (75℉)—which keeps Pachuca far cooler than the grasslands of El Bajío that lay to the west.

Pachuca’s summers themselves are quite cool for the city receives the tropical rains that fall through most of Central Mexico from June to September. Scattered showers can trickle in from the east during November and December—the remnants of hurricanes that blow in from the Caribbean. 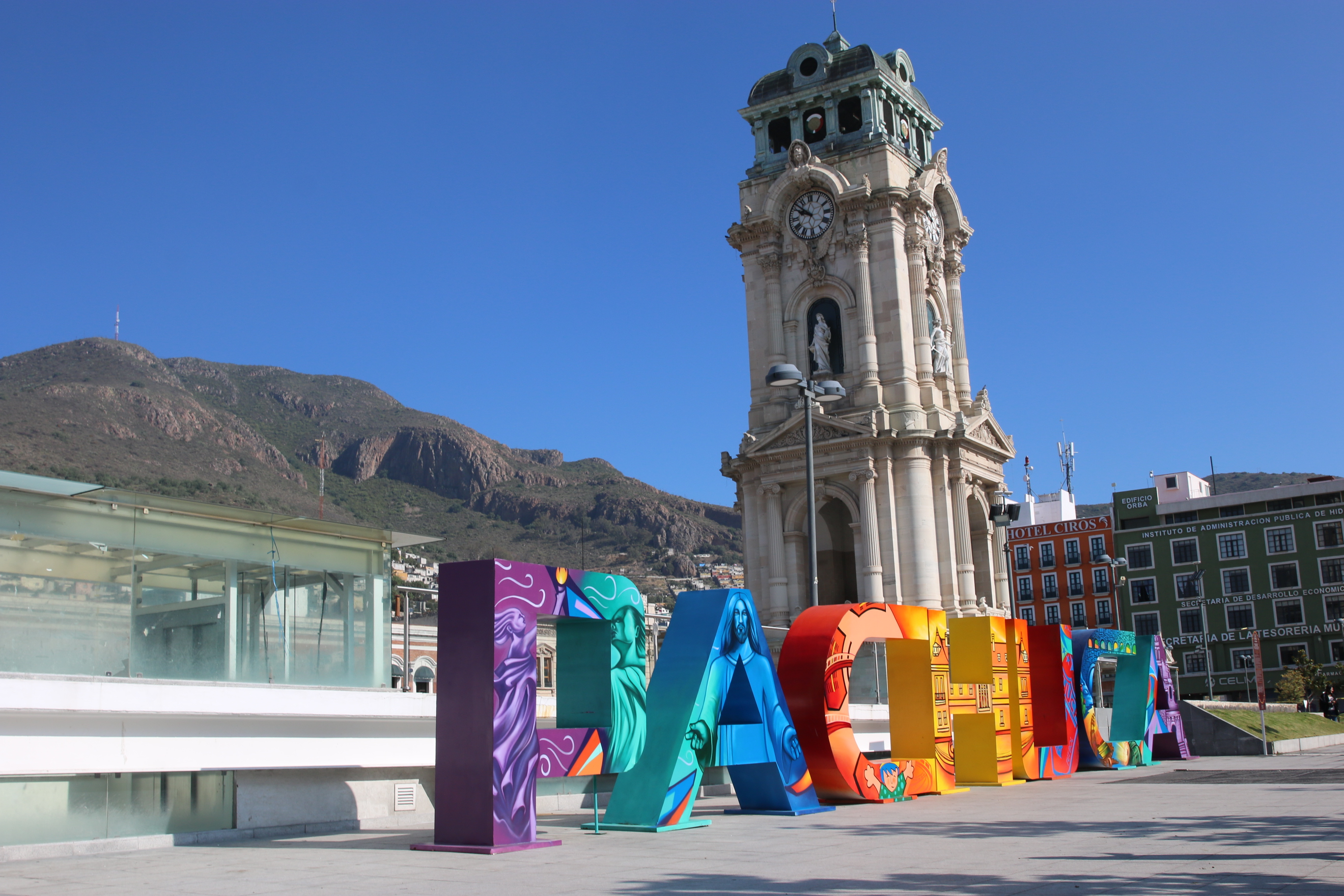 Pachuca City is not as easily accessible as most other cities in Mexico. Here are some of the most common ways to visit Pachuca:

– Getting to Pachuca by Air –

Pachuca actually has an international airport called El Aeropuerto Ingeniero Juan Guillermo Villasa (PCA). Unfortunately, this airport no longer services commercial flights. Therefore, if you plan on flying to Pachuca, you must fly into Mexico City (MEX) and then take road transportation there.

– Getting to Pachuca by Car –

Pachuca City is located roughly an hour and a half from Mexico City (though traffic in Mexico City can add a considerable amount to your travel time). You simply drive north on Highway 85 until reaching Pachuca.

Bring some cash because there are bound to be toll booths along the highway.

– Getting to Pachuca from Mexico City Airport –

There are several ways to get to Pachuca City from Mexico City International Airport (MEX). First off, you can take a taxi at the airport. This can be expensive, but there are some times of the day (such as the middle of the night) when this may be your only option.

The taxi driver will not know how to get to your particular destination, so it’s best to carry printed directions with you in addition to using an application like Google Maps. If you do not have cellphone service, you could be looking for your destination for a while.

*Safety Note: If you do take a taxi from the airport, at Expat Insurance we highly recommend that you only take a taxi from an established company inside the airport. Kiosks are located both inside and outside the door to exit customs and baggage retrieval.

You will pay for the trip ahead of time and then you’re given a voucher that only works for the particular taxi company which you ended up purchasing. Upon exiting the airport toward the taxi stands, airport employees will direct you where to wait in line for your company’s taxi.

Through A Rideshare App

You could try and use a rideshare application like Uber or Didi from the airport. This might be significantly cheaper than a taxi—though it would likely still be expensive. It does carry the benefit that you can input your destination’s address and the application will take you directly to your destination.

Bring some cash because there are bound to be toll booths along the highway.

The most affordable way to get to Pachuca City is by bus. Autobus Futura Estrella Blanca has buses that run from Mexico City airport (both terminals) to Pachuca’s central bus terminal. 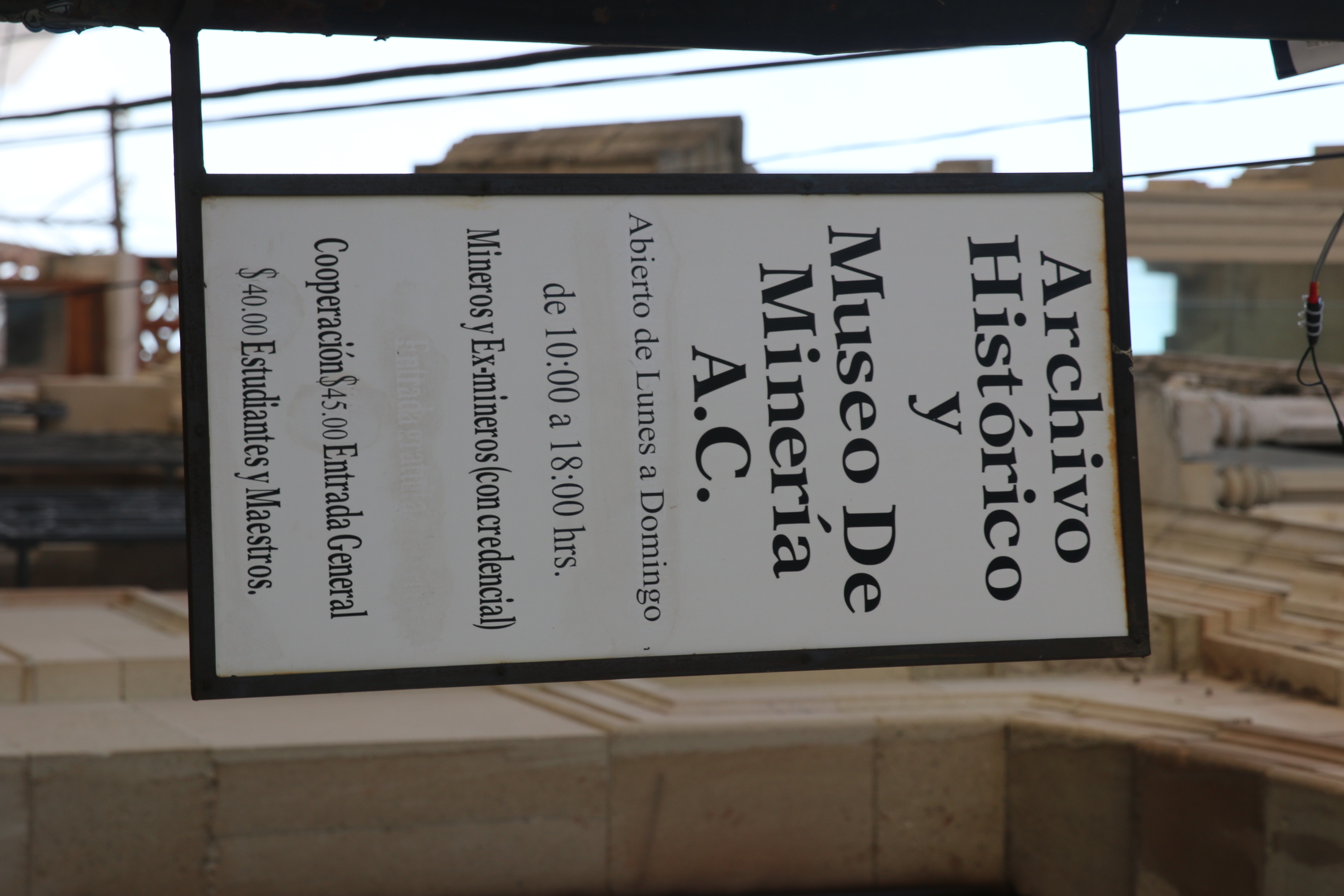 Much of Pachuca City’s main attractions center around the mining industry. However, there are lots of brilliant architectural sites to visit in and around the city’s historical center.

The main plaza is called Plaza de la Constitución and the surrounding architecture is some of the oldest in Pachuca, many of which remain well preserved. At the northern end of this plaza is La Parroquia de la Asunción de María. Though it is simple in its design, it is remarkably old. It was been constructed in 1553 and inaugurated in 1560 during the height of Pachuca’s first colonial mining boom.

A couple of blocks west from Plaza de la Constitución is El Reloj Monumental de Pachuca. This impressive clock tower was built by a Cornishman named Francis Rule to commemorate the centennial anniversary of Mexican independence. It was inaugurated on September 15th, 1910, exactly 100 years after El Grito de Dolores.

The tower is built from white cantera stone in the Neoclassical style, and it stands four stories high. The clock’s workings were constructed by the same company that designed Big Ben in London.

– The Church and Ex Monastery of San Francisco –

A ten-minute walk to the south will take you to a former monastery constructed by the Franciscans between 1596 and 1660. Built in the style of the Spanish Baroque, the church features the only churrigueresque altar in Pachuca City.

The Museum of Photography contains an impressive assortment of antique cameras as well as a collection of works from famous photographers.

– Historic Archive and Museum of Mining –

This museum documents the history and evolution of mining in Pachuca. With three exhibition halls, it contains historical mining equipment and documentation about the mining process throughout Pachuca’s history.