Expat Insurance is a fully remote insurance brokerage that specializes in clients living outside of their home country. Our clients typically call themselves expats, nomads, long-term travelers, snowbirds, immigrants—the label doesn’t really matter. If you’re living in a foreign country, we’re able to assist you.

As an agency, we work to protect our client’s health and wealth, providing coverage that’s easy to use and works as you expected. We provide a professional and responsive customer service team to help with any issues that you may have abroad.

What You Get When Using Us:

COMMITMENT TO HONESTY AND TRANSPARENCY

WE MAKE INSURANCE EASY TO UNDERSTAND AND USE

GUIDANCE FOR INSURING YOUR UNIQUE ADVENTURE

We are a small team of highly-trained specialists that will provide you with a hands-on, personalized experience. 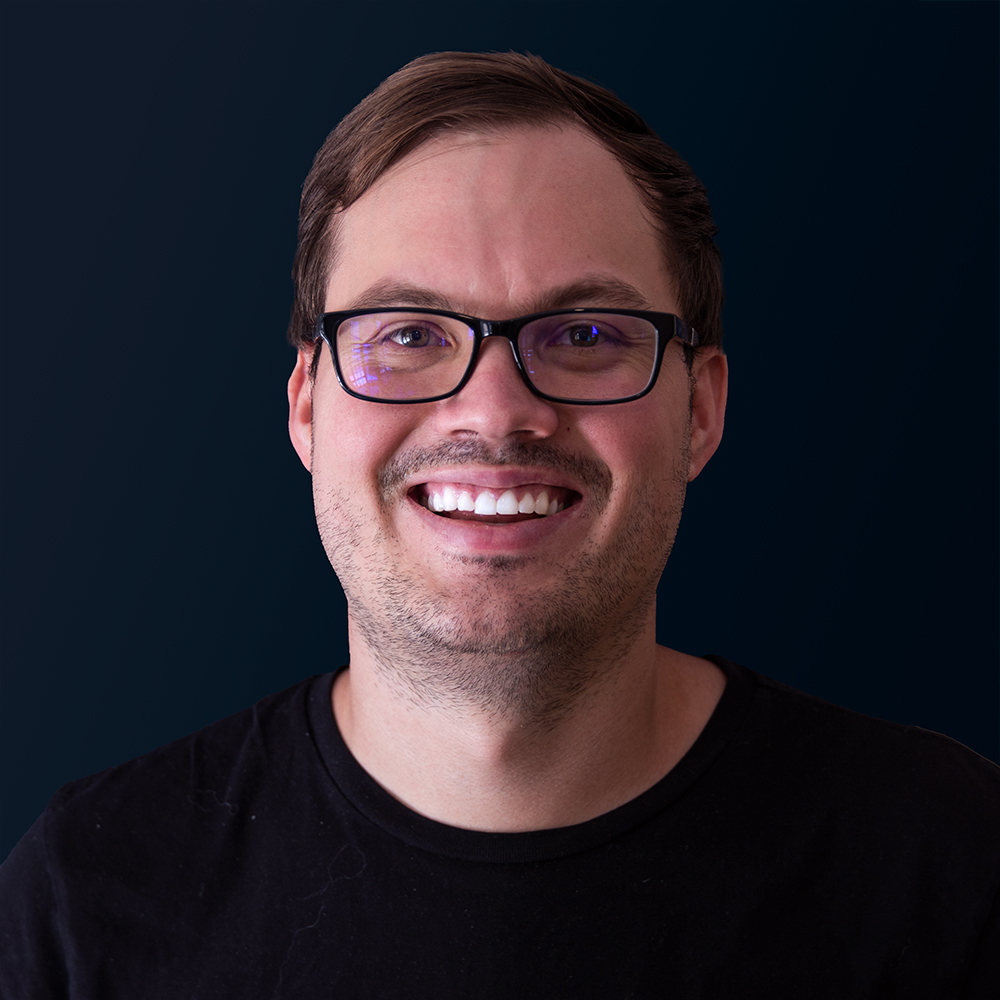 Justin is an insurance guru that loves digital marketing. As our founder Justin manages our business development programs and MGA network. Please don’t hesitate to contact him if you are not getting the attention you deserve. 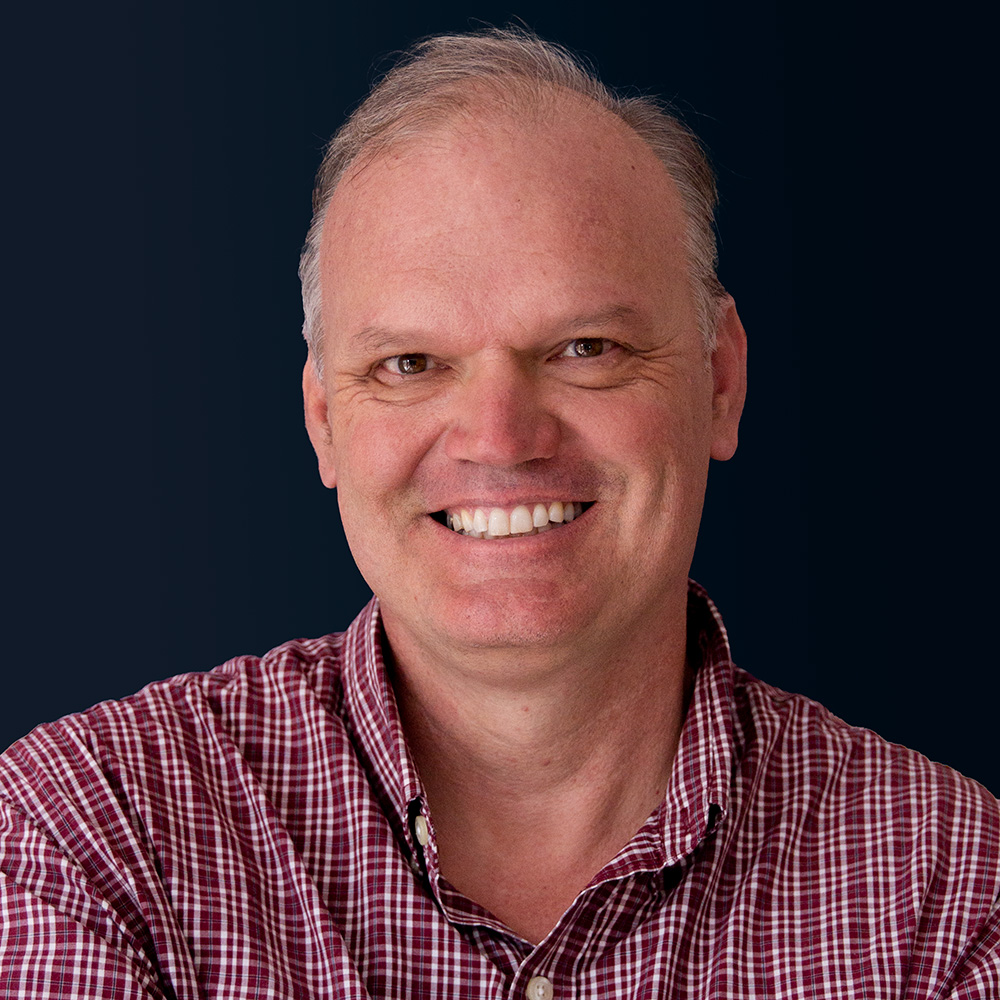 Aldis is an experienced broker with over 35 years of insurance sales. He helps advise on our life insurance products, helping clients better plan their futures against disaster. He is also a great resource for unique or complicated insurance risk. 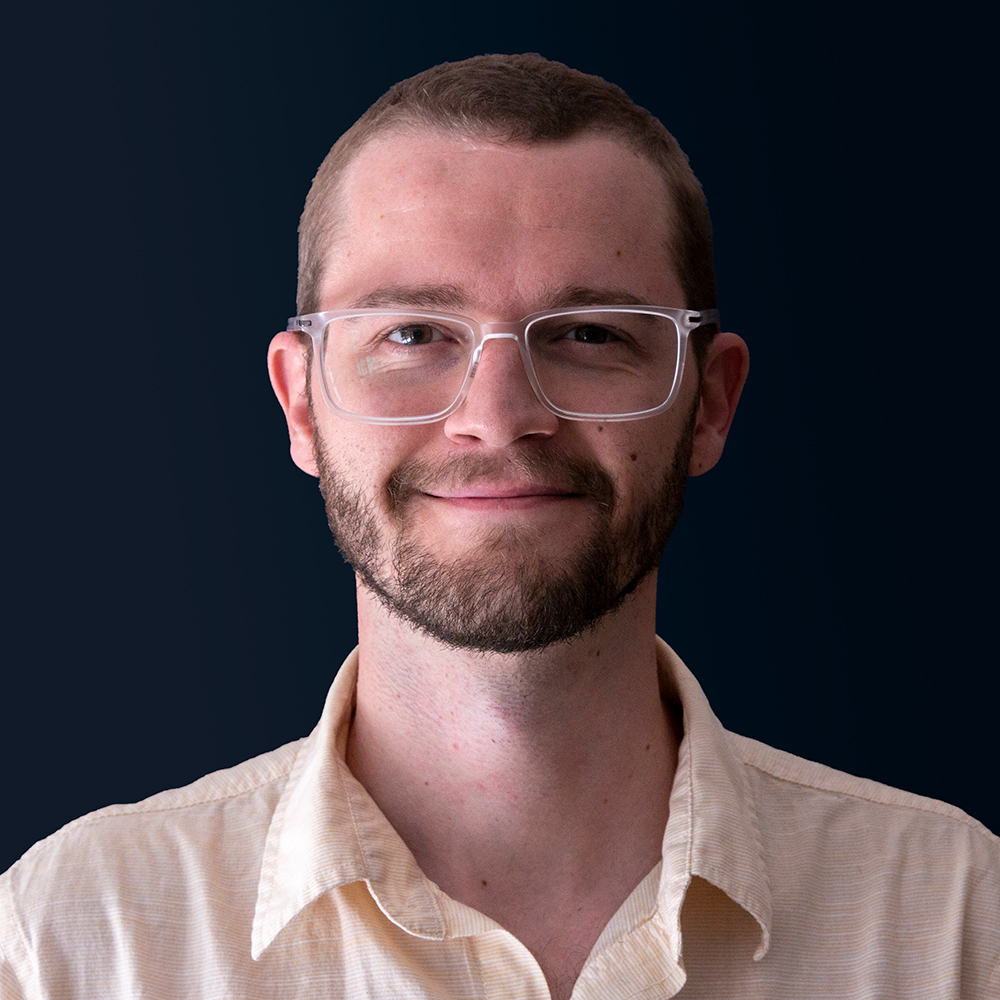 Jason has been with our company for many years as a jack-of-all-trades in client support. Every insurance provider’s support processes are different, so Jason is here to try and normalize your experience between all of the providers you have through our agency. 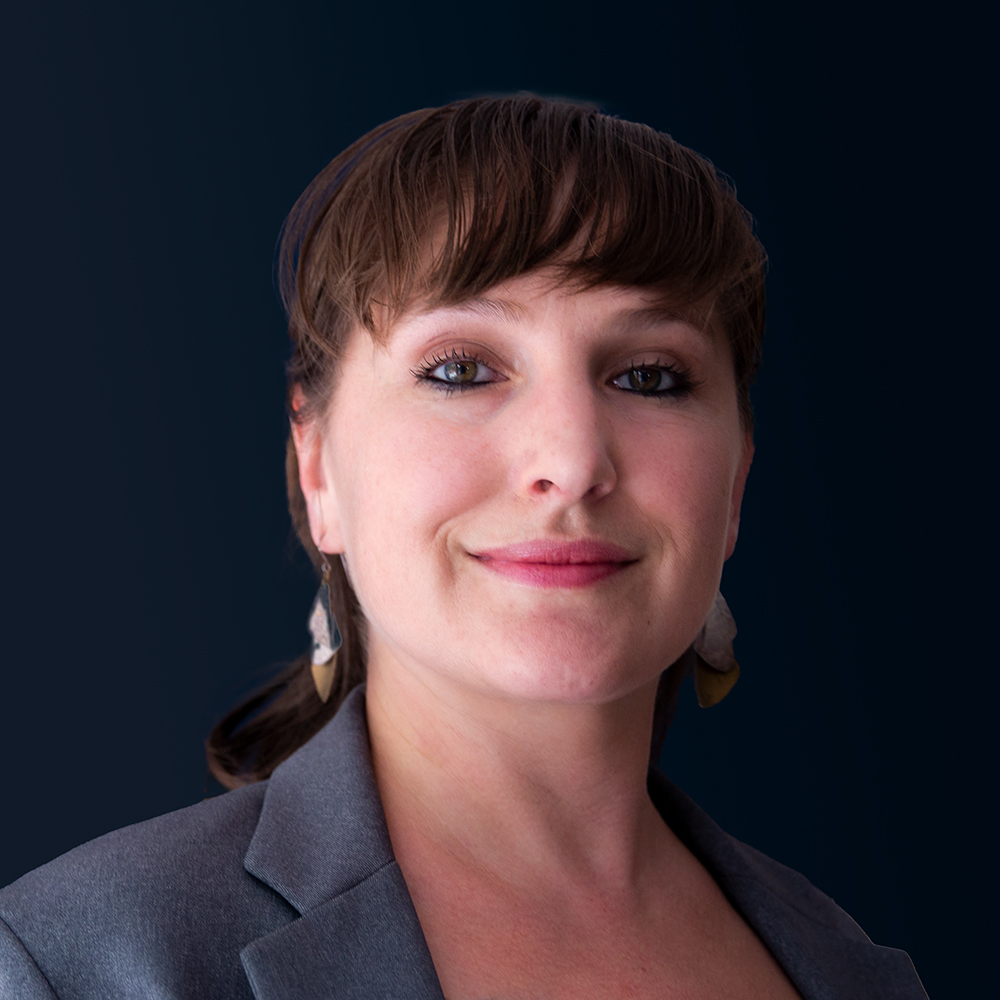 Barbara is our hands-on claims manager. She will make sure that our claims department is getting your claims approved in a timely manner. She’ll be your best ally to contact in times of crisis, and she’ll walk you through what is needed for your insurance claim. 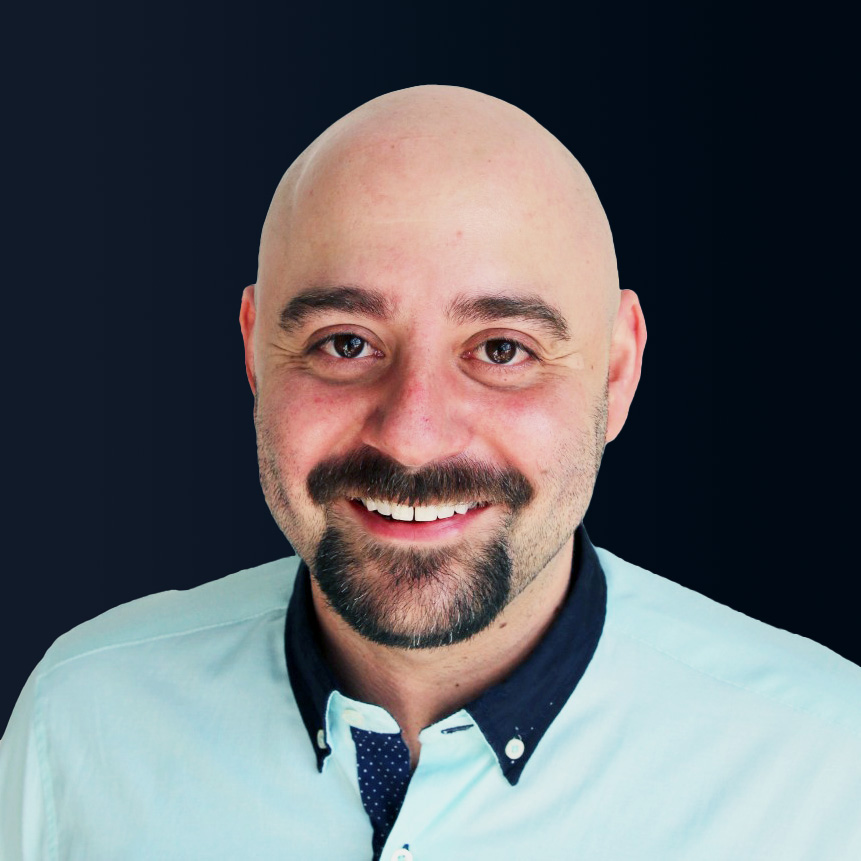 For several years, Rafael has been crafting articles to help expats and nomads in their journey abroad. He takes great pride in meticulously researching the ins-and-outs of bureaucratic processes in different countries around the world. If you have any questions or issues with the content of an article, he’s the one to contact for further information. 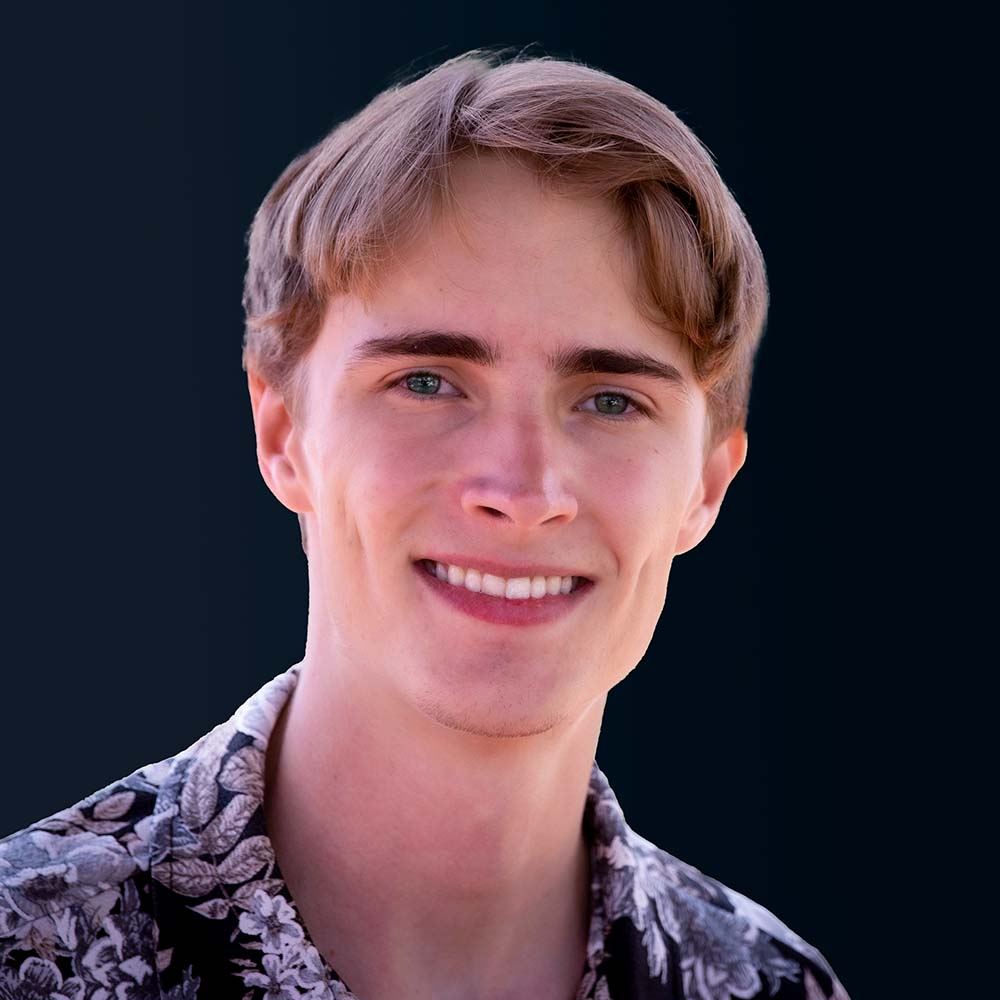 Colbys passion for tech and design drives the creative side of our company. He developed the platform you are on from ui to final product, and is continuing to pop out new features. Check out our Social Media to follow Colbys travels. 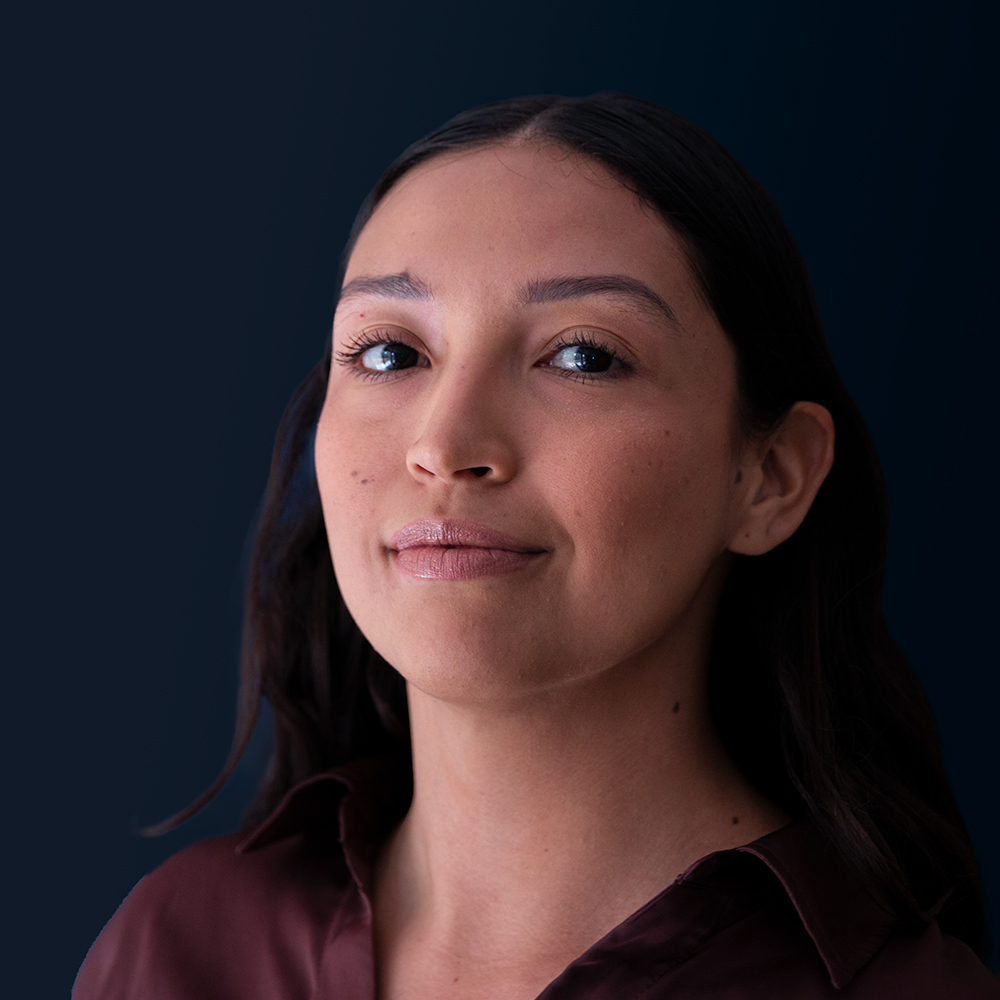 Ana is our newest addition to the team. She is a great resource for our clients and is always happy to help.

We are something called a Master General Agent that works with a global network of brokers—many of them specialists in the lines of insurance of their own particular regions. When you submit a quote, we will link you to one of these trained brokers who will walk you through the quoting and application process.

Expat Insurance was formed by Justin Barsketis with the vision of providing clients with an online marketplace to shop around for expat insurance products. To better understand our history, however, it’s best to go back a few decades to learn about our insurance experience as a team. 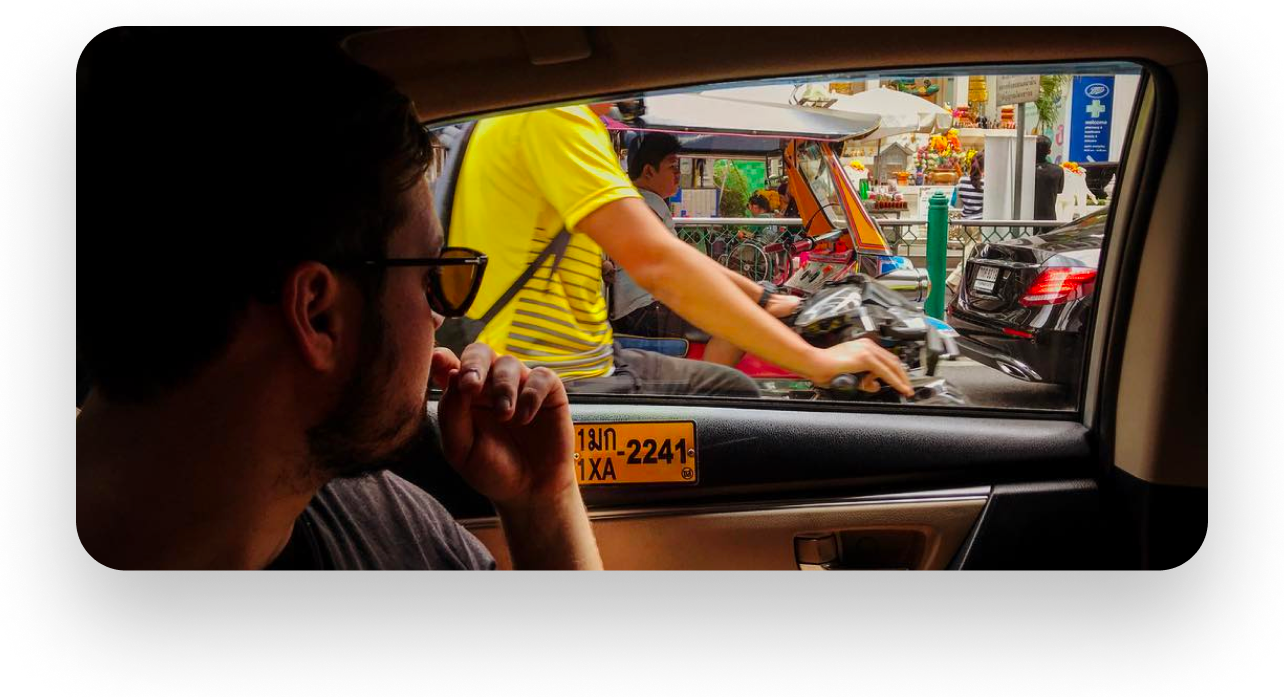 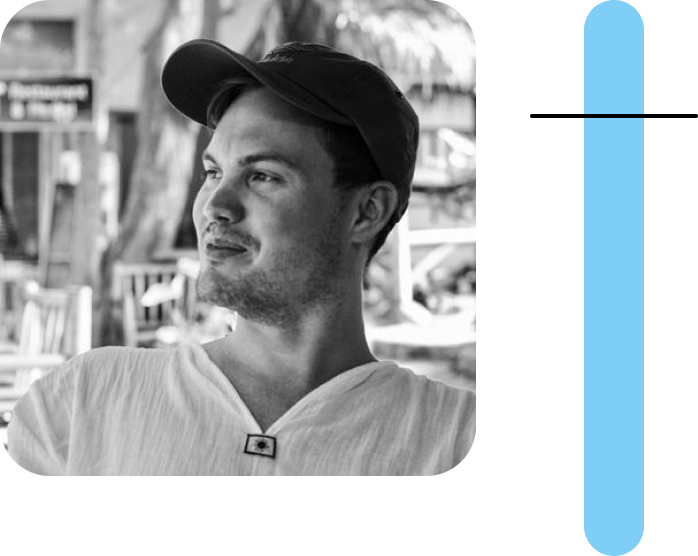 If you ever ask Justin if he ever thought he would start an insurance agency he would tell you, no way! However a unique experience of living abroad in Mexico for multiple years, and a family history of insurance has resulted in this niche agency. Here is a brief overview how this agency came to fruition. 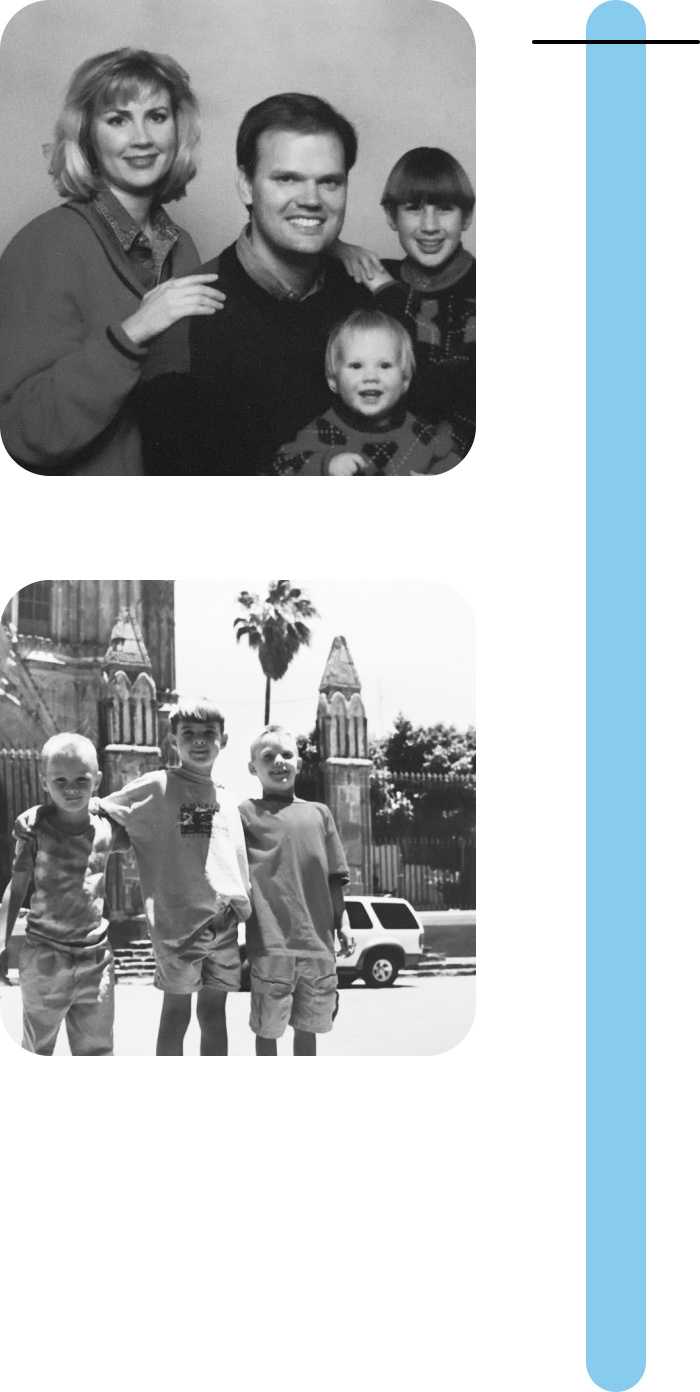 The story begins long before the agency was created in Utah in the the 1980's with Justin's father Aldis. Aldis started his insurance career as a captive insurance agent for John Hancock Life Insurance. He obtained his Insurance and Securities Licenses and primarily worked with families focusing on financial planning and insurance needs. The commission-only position was unable to support his new family of eight. However, it piqued his interest in financial markets and insurance planning.

Over the next ten years, Aldis worked his way up the ladder to become a wholesale distributor of life insurance products for the West Coast region of the United States.

This job required Aldis to travel around the US meeting various corporate clients 3 to 5 days a week—during which time Aldis accumulated a substantial amount of airline miles (of which his family took full advantage).

This formative period was crucial to the Barsketis family when they became used to living and traveling abroad. Throughout multiple points during this era, Aldis rented out their house in the US in order to live in Mexico—mostly residing in San Miguel de Allende and Sayulita.

Unfortunately, after several years of this, Transamerica was bought out by a larger corporation and they subsequently laid off most of its division. It was then that Aldis Barsketis decided to use his network to start his own insurance brokerage focusing on a niche field within the life insurance sector. 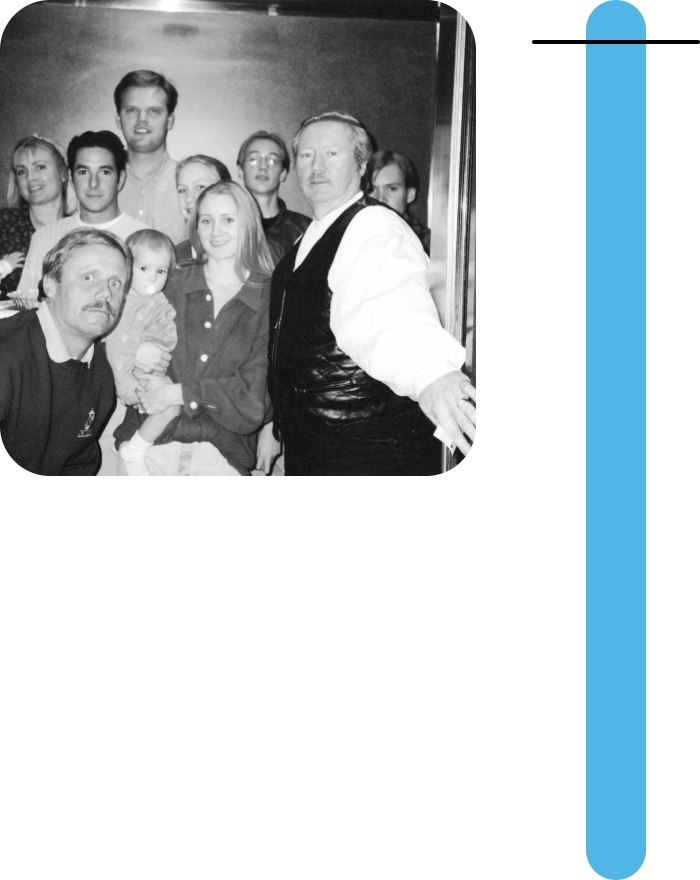 Aldis accepted a position as a salaried Retirement Specialist for Fidelity Investments at the company’s call center in Utah. Though this position was rather demanding, it allowed him to learn the extensive laws and regulations that pertain to various individual and business qualified retirement plans.

He proceeded to develop unique skills that eventually gained the recognition of Transamerica Retirement Services, which offered him the position of vice president in the sales department. He was in charge of managing the wholesale retirement plan operations for the company throughout four states on the West Coast of the US.

While there, Aldis recruited and managed investment professionals to market the company’s various corporate retirement plans. Unfortunately, the tragedy of September 11th, 2001, and the subsequent financial downturn led the company to lay off a substantial amount of employees, including Aldis. 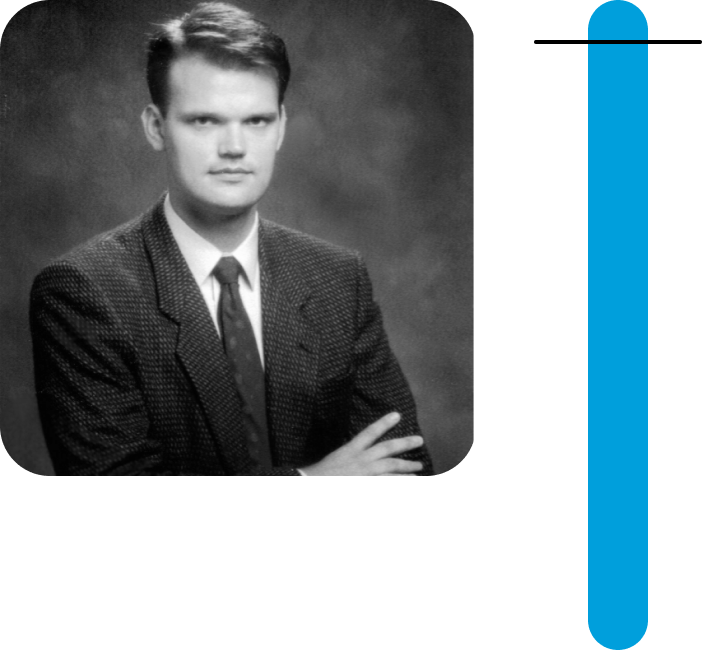 Aldis Barsketis formed a partnership and built a specialized life insurance brokerage that oversaw life insurance product sales at a wholesale level to strategic investment professionals across the United States. While here, he was responsible for recruiting top brokers—and he successfully oversaw over $1 billion USD in life insurance sales. At the peak of their agency, Aldis and his partner had an office in Park City, Utah with 45 full-time employees.

In 2008, Aldis’ partner offered to buy him out of the business. Aldis accepted the offer and moved his family once again to San Miguel de Allende, Mexico to wait out the 2008 financial crisis as the financial markets in the United States fell apart. 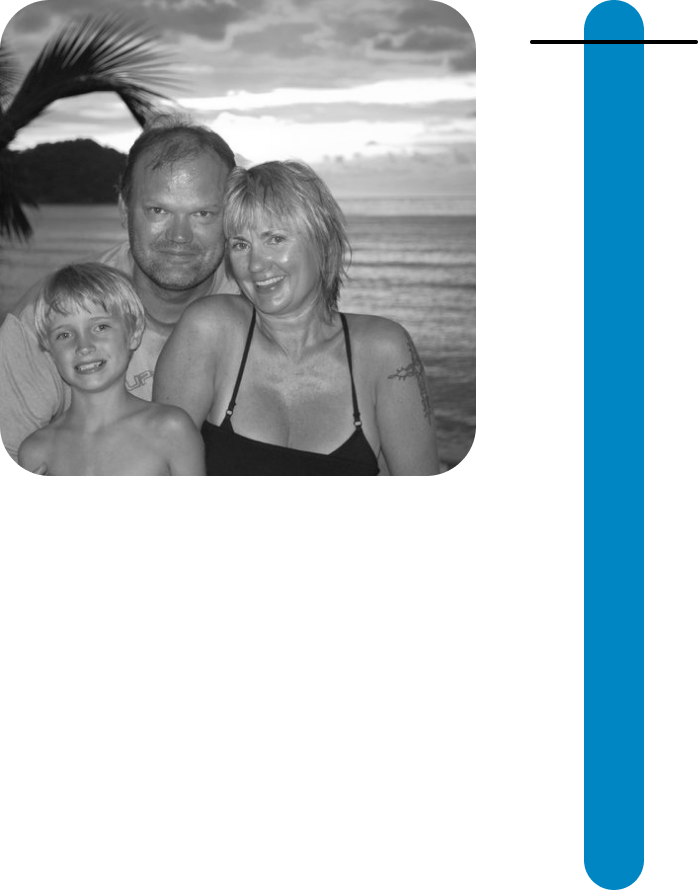 While living in Mexico and adapting to expat the life, many fellow parents at his son’s school would ask what type of insurance Aldis can broker. Through these conversations, he was surprised to discover that many expats didn’t have good insurance options readily available to them. He decided to start helping expats in Mexico find reputable US-styled insurance products in order to better accommodate the unique challenges faced during their lifestyles abroad.

Over the next five years, Aldis slowly built up his insurance portfolio, becoming a reputable broker for expat communities around the world. Unfortunately, by the end of this period, both he and his wife Kimberly simultaneously developed life-threatening medical conditions. With his wife needing home care for multiple months after a severe respiratory infection from a case of pneumonia—and Aldis needing cancer surgery on his leg that caused him to be unable to work for 3+ months. It was at this time Aldis decided to ask his son Justin to come down to Mexico to help him maintain his portfolio while he was gone.

Justin’s work history before getting into insurance involved being a computer programmer and systems administrator after attending university for computer science. After getting burned out in the corporate world, Justin started and ran his own digital marketing agency with a close friend. The agency did well, even coming to win an award from Google for one of the best SEO campaign in Utah. However, after a few years in operation, Justin’s business partner got a once-in-a-lifetime opportunity to do a video documentary traveling the world with the video production team.

At this point, they decided to shut down the agency. Justin—an avid follower of the digital nomad scene—decided to move moving to Chiang Mai, Thailand to look for other business ventures. After selling all his valuables, three weeks before he was set to depart, his father Aldis asked him to come to Mexico immediately—stating that his mother might not make it through the week. . .

Luckily, all went well with his parents, but now he was in Mexico and fell in love with it almost immediately. He spent much of his time exploring the colonial streets of San Miguel de Allende and familiarizing himself with the international insurance markets.

After too many years enjoying Mexico Justin decided to take a break from Mexico and finally take that trip to Thailand so as to fulfill his original travel plans and explore the digital nomad communities around the world.

It was during this time living in Chiang Mai, Thailand, that he attended the Nomad Summit, a gathering of location independent individuals. Feeling influenced by the growing nomad communities he decided to draft plans to start a fully-remote insurance brokerage focused on the global markets. After one too many noodle soups and missing his friends in Mexico, Justin moved back to North America, splitting his time between Mexico and the US to put his plans into action.. 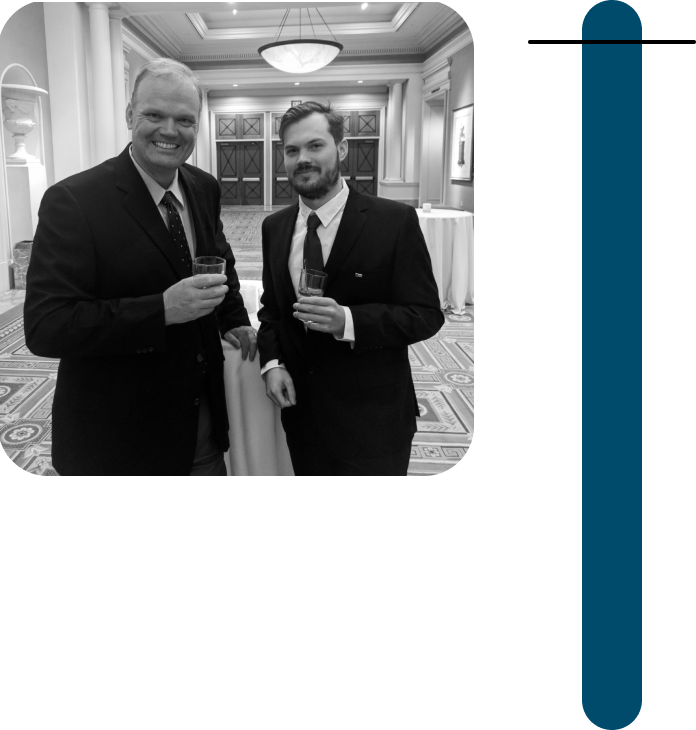 Justin had been developing his insurance portfolio for almost half a decade now but officially launched Expat Insurance in early 2020 with an ambitious plan for the year. 2020 ended up being a much more complicated year for the company as the global pandemic changed the insurance markets drastically and the world struggled.

At the end of 2020, with things starting to normalize slightly, Expat Insurance finalizes the contracts with all the support employees and contractors to start operations for the new website.

You are now currently on the beta version of the website. If you have any feedback, feel free to contact us through our live chat!