34 Years in Bilbao: An Expat Interview with Jim Shaffer

Articles 34 Years in Bilbao: An Expat Interview with Jim Shaffer 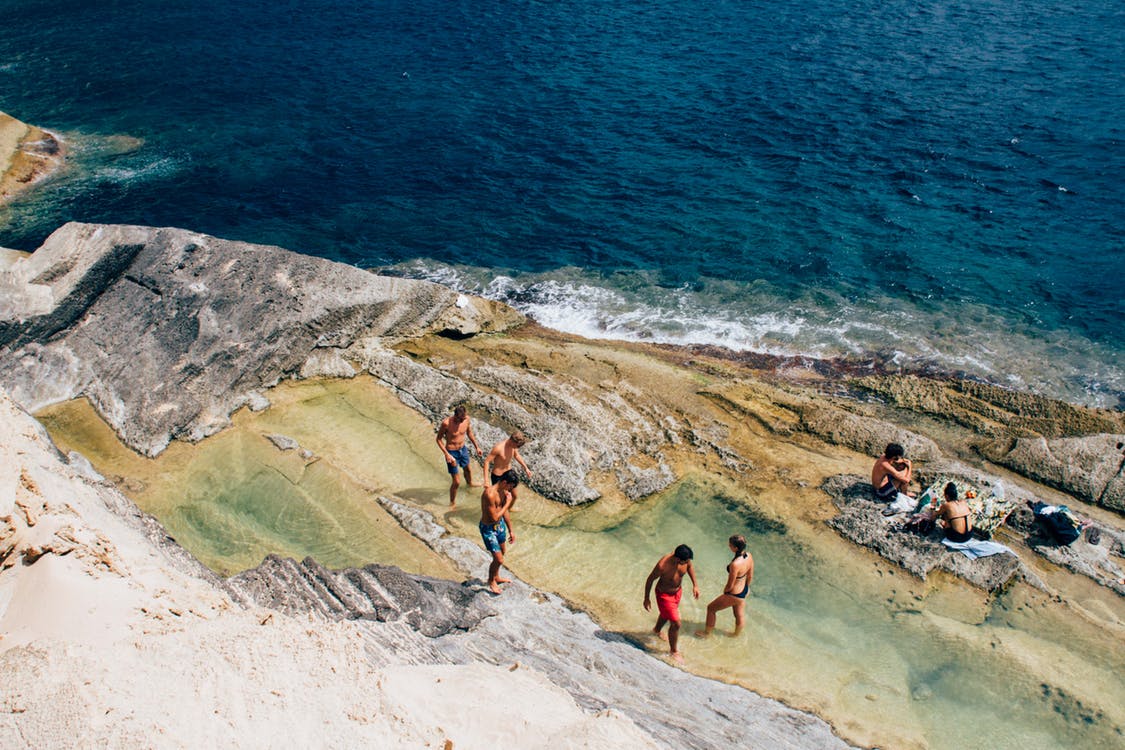 Really! I had no idea your middle name was Elmer!

It’s not something I’m tremendously proud of.

Pennsylvania. In suburbia, bordering on the rural area. From the back of my house, I didn’t even have to cross the street to get to the forest. So I could go hunting without getting in the car; go fishing down the road.

How old were you?

Wow! So you’ve lived most of your life abroad!

Where have you lived since you left the country?

Almost exclusively in Spain. I’ve visited other places, but not really lived in them. I’ve lived in the north of Spain, in Bilbao. I lived also a year in Barcelona.

Really? I didn’t know you lived in Barcelona!

Yeah, right across the corner from La Sagrada Familia.

I bet there weren’t a lot of expats back then.

Ah, there were quite a few—in Barcelona. In Bilbao, I was, like, number two.

You’re co-founder of the association then.

We didn’t do a lot of socializing.

I’m far away from what’s going on right there, right now. That’s the best thing. I mean, the whole political situation—everybody just seems to accept it. Nobody chooses to be born [an American]. You’re just born there. Still, it’s hard to believe people just tolerate it. Everything is due to media control. The media is conditioning people to be extremely liberal, or extremely conservative, and hate the other side. It’s divide and conquer, you know what I mean?

How do you feel that’s different in Bilbao?

Ah, the same stuff is going on, but to a smaller scale.

What cultural differences have you noticed between the United States and Spain?

Oh, I love it! I mean, I didn’t even know what culture was until I came here. The whole idea of conserving traditions and doing things that their ancestors did for the sole reason of maintaining culture—I think that’s a good thing. It’s like, right now, it is the fiesta of the patron saint of this town [in Rioja]. That’s a great tradition! Everybody gets together, they eat together, they drink together. They pay to get a band in here, and there’s music. A lot of partying, it’s great!

But Bilbao is a larger city, right? What do you love about Bilbao?

Well, let’s see. When I first got there, it was ugly as hell. It’s improved a lot is what I mean. They got the Guggenheim. They got the new subway. They did a lot of upgrades. It’s sort of—I don’t know if you’re familiar with the history of Pittsburgh? Pittsburgh used to have a big steel industry. And when that closed down, there was a post-industrial change. It was the same thing that happened in Bilbao. It was ugly. It was dirty. It was smelly. And all of a sudden, they spent a whole lot of money on making it better once the industry left, and a lot of it has improved. Now they don’t have a real good employment rate, but for the more ambitious, successful people, it’s a pretty good place to live.

Yeah man, between you and me, I’ve really considered living there!

Hmmm…. I’d say the whole immigration thing. Here, they offer money to people who are supposedly refugees who come and live in your country. Some of them are and some of them aren’t, but if you pay people to live in this country, a lot of the people who come live aren’t going to try to adapt, or try to work, or try to do anything. They’re just going to be here taking the money—y’know, getting a free lifestyle.

I think it’s a bad idea, it’s one of the things that’s affecting a lot of cities here in Europe. A lot of places have the same problem. A lot of the wrong kind of immigration. The whole mindset on immigration has to change. I’m in favor of it, because I’m an immigrant, but I never needed any social help. I found my way. I got my job. I did my things. I pay my taxes.

The biggest challenge was mostly trying to get work. In the beginning, it was not easy. I didn’t speak the language. I had to adapt to everything. So I taught English as a foreign language, and that got me through for a while. But most of the time, the whole employment thing has been more complicated for me than it would have been in the United States.

I think being accepted is another challenge. One other downside is being so far away from my family. My mom is starting to get older, and I can’t do much for her from here.

What about your visa? Did you have any issues there?

No. You see, since I’m married, I have the right to residency. I’ve got a little identity card. It’s just like the identity card that the natives have with a slight difference. I’m a foreigner. They have to make sure they put the “X” for “extranjero” right next to my number, so that everybody knows I’m a foreigner. Not that anyone’s had any doubts. [laughs]

How does it feel to have your children be Spanish?

I have no problem whatsoever with that. The education has been 10x better here than in the United States. I’ve been able to incorporate my kids into schools where they focus a lot on academic excellence, sports, and things like that—and it’s kept my kids out of trouble. See I was in a lot of trouble as a kid, but then I didn’t have a lot of motivation; my parents didn’t take much interest. We were on it, but it’s also because of the schools. It’s just different here.

Culturally, I’ve noticed it’s a family-oriented culture, more so than the United States that I grew up in at least.

Oh my god, it’s a night and day difference! For example, my mother-in-law. Her family would rather pay for people to come and take care of their mom—and also take turns taking care of their mom—than to put her away in a home. And she’s to the point now, where she can’t get up by herself, she can’t clean herself, she can’t go to the bathroom by herself. So she needs attention all the time. But they’ll have her in their home. They’ll be taking care of her, and giving her a lot of attention until the last moment. And it’s something I really would like to have for myself! I wouldn’t like to be in that situation where they put you away in a home, and then you got somebody just waiting for you to die, so they can put somebody else in your room.

At first, it was like a need. You know? I was still a young person, and I was obsessed with being part of something here. So I actually made a group of friends in the area that I was living in. But I’m not as social as I was then. I got accepted right away, because I made an effort, but I was learning the language at the same time, so they would sort of laugh at me and stuff. It was just the way you would expect things to be.

That’s the way that I deal with every day. I completely understand.

But right now, I’m a lot better because I really don’t need too much in the way of friends. I’ve got one or two that I could count on for anything.

You know, I think that when people decide to become expats, they rarely think thirty years down the road about what their life is going to be like.

Yeah, and I was just stupid in love. So I had to do it. It’s not like it was something I really thought about doing. If you had asked me when I was 18, if I saw myself living in another country, the answer would be: absolutely not. But it happened that way.

What have you learned from traveling or living abroad? Have you grown?

Oh definitely! The most important thing I think I got from it, is like a broadening of my perception of the world in general. When you live in the United States, even if you travel a lot, unless you spend time living in another country, you don’t really see the differences: culturally and socially—and it’s important to get an idea of what’s going on in the world. If you just depend on other people to supply that for you, you’re sort of under control, and that’s not a state that I really like. That’s something I would rather avoid.

Would you recommend the expat life of living abroad? And if so, to whom?

I would recommend the expat life to anybody that wants to experience a broader horizon. But, you really need more motives, because it’s the kind of thing that requires sacrifices. It’s not just, you know, like an extended vacation. It’s something that takes a lot of time and effort. You need to adapt to where you’re going to live. You need to learn all the language, and the traditions, and the culture of the place where you’re going to live—and it’s not easy. I think a lot of people who actually have the intention of becoming expats would probably end up going back on it. I think the only reason I’m still here is because I’ve established a family here. That’s what has really given me the motivation to just press on, to make it all the way. And I probably would have gone for the local passport if it hadn’t been for all the paperwork [laughs]. I would have dumped my US passport without even thinking about it.