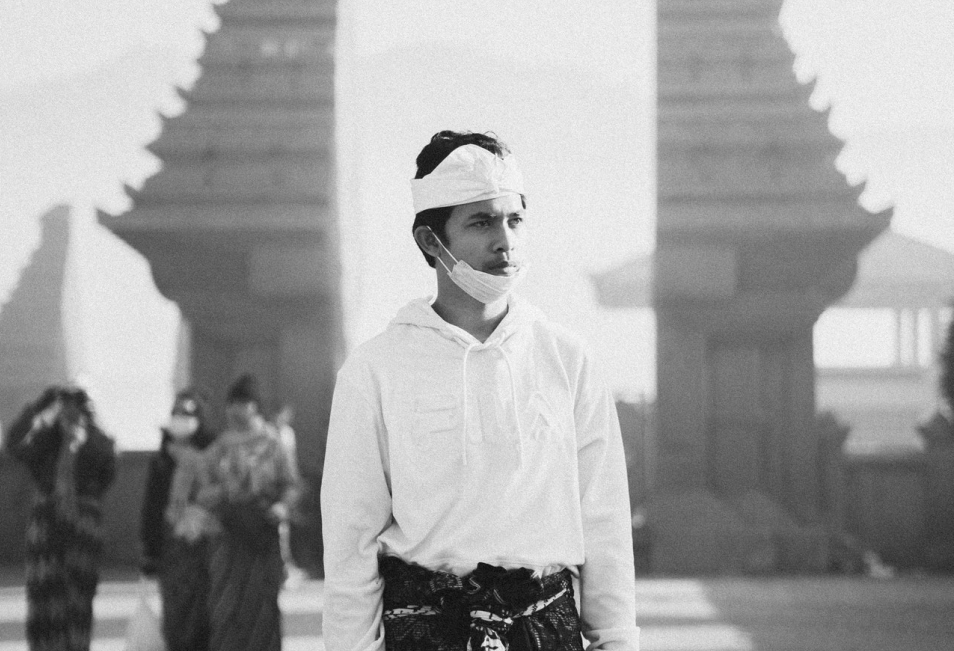 If you’ve traveled throughout Asia, then you’ve likely wondered: Why do Asians wear masks? Some Asians wear common surgical masks, however other Asians wear very fashionable custom-made masks. It has become a part of the culture across many Asian countries—yet it remains largely mysterious to those of us in the West. Therefore, WeExpats has decided to try and answer the question on so many curious minds in Western cultures: Why do Asian people wear masks?

Why Do Asians Wear Masks?

A complex question with a surprisingly rich history. If you have wondered why do Asian people wear masks, you might be surprised to learn that it all began in Japan 100 years ago.

The year was 1918, and as the world was deep in the throes of the First World War, and already grappling with the loss of life all around them, a particularly nasty strain of influenza called the Spanish Flu spread across the planet, infecting 500 million people globally. Even people on secluded islands in the Pacific Ocean and Inuit cultures deep in the Arctic circle were infected. At least 1 in 10 people died, with some figures quoting twice that number (50 – 100 million people). After the devastation of 3 years of World War, the deaths resulting from influenza added up to an additional 3% – 5% of the world’s population. It remains one of the most catastrophic plagues in the history of humanity.

It was at this time that people attempted to ward off the Spanish Flu by covering their faces with surgical masks. Though surgical masks are intended to protect patients from the bacteria in the doctor’s mouth, desperation was in the air. People attempted to cover their noses and mouths with anything in hopes of protecting themselves against this deadly disease. However, this was a global phenomenon, not isolated to Japan alone.

It was only a couple years later in 1923 that The Great Konto Earthquake struck right in the heart of Honshu Island, which is where Tokyo is located. This earthquake measured 7.9 on the Richter Scale—strong enough to jostle the 84-ton Great Buddha statue about two feet almost 40 miles away. Such was the force of the earthquake, that there were 57 aftershocks.

To make matters worse, the earthquake struck at lunchtime, and cookfires carried by strong typhoon winds broke out killing thousands of people. Many of the water mains had broken because of the earthquake, so fires raged throughout the all of Honshu island. The air quality in the weeks that followed from smoke and ash carried by the typhoon winds and many Japanese reached for the masks that they had worn during the influenza pandemic a few years prior.

A decade later in 1934, another global pandemic of influenza struck solidifying the face mask’s place in Asian culture. At first, face masks were only worn in Japan during the winter months, when cold and flu viruses are at their height. The Japanese predisposition toward being polite created a culture whereby people wore face masks in Japan to ward off giving their germs to others more so than protecting themselves from contamination.

The spread of Japanese culture during the Japanese conquest of Asia during WW II only helped to spread the notion of wearing face masks in Asia. Then, with the steady industrialization of Asia in the decades following the war, Asia soon saw a swift decline in air quality. Soon, other neighboring countries with strong industries like China and Korea followed suit in wearing face masks. By the time the Asian Flu Pandemic of 1957 struck (which spread throughout China, eventually reaching from Singapore to Hong Kong killing somewhere between 1 – 4 million people) face masks had been solidified as a part of Asian culture.

It is not difficult to see how Asian culture would adopt wearing face masks. Chinese traditional medicine has long been preoccupied with the notion of Qi and Feng, both concepts having a relation to breathing in good or bad energy into the body. For more information, click here. 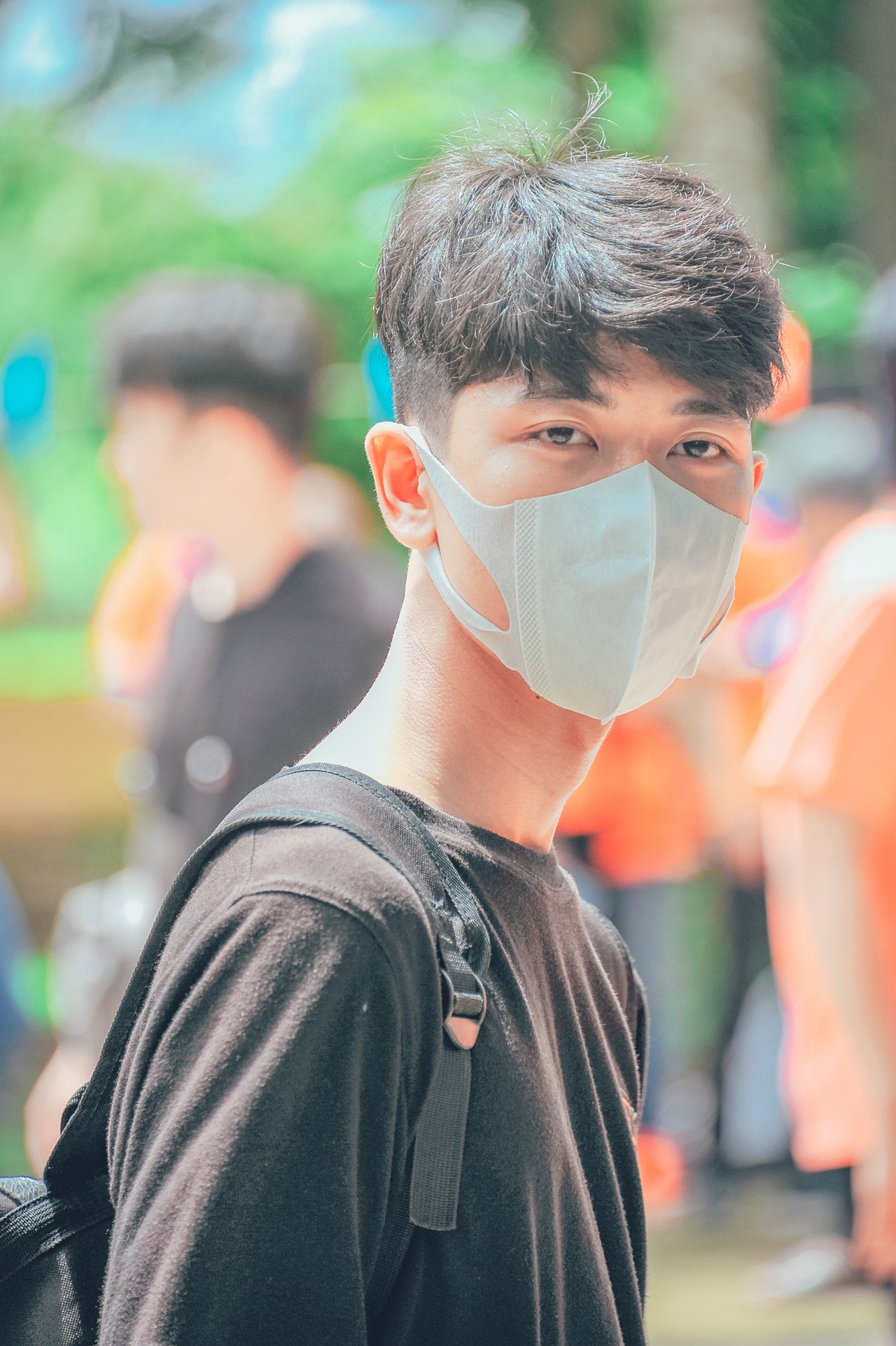 Why Do Asians Wear Masks Today?

You still might be wondering: Why do Asians wear masks in this day and age? Well, the answer is not as simple to answer. There are many reasons for many people different people.

It has become clear that wearing surgical masks in Asia does nothing to protect ourselves from the pollution from industrialization. Wearing surgical masks in Asia is also very ineffective in preventing contamination of disease. As mentioned above, they are not designed to protect the wearer from disease, so much as they are created to protect patients from the disease of doctor’s mouths. They are effective at inhibiting the spread of disease if you are the carrier of that disease.

However, there are many types of masks that do protect from pollution. Typical masks, such as N95 and N99 masks, can filter out harmful air contaminants from your lungs. This can be very beneficial to your health if you are industrialized cities in developing nations that struggle with air pollution. Little by little, these masks are also adapting themselves to become fashionable accessories to wearers, as well as pragmatic items for your own health.

*To check the air quality in your city, click here.

Many people wear face masks specifically made to block out harmful pollen for those who suffer from allergies. This is a common result that has created an entire market for widely popular, non-woven masks originally created to block out the heavy pollen spread by the Japanese cedar.

The most curious of all is that face masks are popular with younger generations because they act as a firewall from society, much like headphones. Studies have shown that many youths wear masks as a way to avoid interacting with society, or as a barrier from society to interact with them. In a world where interaction is done more often through social media, avoiding social interaction can be welcome.

Also, many women slip on a mask when they want to dash out to the store for something quick without having to put on makeup. Other Asian women wear masks as fashionable accessories, with specific masks that match their own outfits. Therefore, it has become a convenient way to look and feel attractive, while staying modest with one’s face hidden in a culture that values modesty without repression.

Responses When I Ask People Why Do Asians Wear Masks?

Seeing as how I am currently traveling through Asia, I went around and asked Asian people why they wear masks. I am in a typical small city in Vietnam called Tuy Hòa, which is the capital of the province of Phu Yen.

Here, numerous amounts of people wear face masks, like in much of Asia. I got many responses that seemed valuable. Some people said that because Tuy Hoa is situated along the ocean, windy days can kick up a lot of dust and sand. Therefore they wear face masks here to block larger particles. It does seem plausible that surgical masks would protect from larger particles in the air, like sand and dust. Though the science says that they do not protect against particulates.

Others said that they wear surgical masks in Asia when they are on their scooters because they often get blasts of smog, small bugs, or dust in their faces from passing buses. Nearly everyone rides scooters in Vietnam, so I could certainly see wearing face masks in Vietnam being useful.

Some said that they wear masks in Asia because they long to protect themselves from sun rays which can age the skin prematurely over time. Smooth, youthful skin is seen as a feature of beauty in Asia—as it is in much of the world—therefore Asians wear masks to keep their skin protected from the harmful effects of prolonged exposure to the sun.

Overall, we will never fully be able to answer the question: Why do Asians wear masks, because as it seems the answers are as varied as the people who wear them. Whether for health reasons, fashion reasons, or simply to avoid social interaction, one thing is certain: wearing masks in Asia is here to stay.