Best Cities to Live in Mexico: Living in Mexico as an Expat

Articles Best Cities to Live in Mexico: Living in Mexico as an Expat

Year on year, the number of expats embarking on the migration to Mexico continues to swell. And, considering the fertile pastures of lower costs of living, laidback lifestyles, culture, history, sunny climes, and sandy beaches that all beckon from the country, that hardly comes as a surprise. It is estimated that upwards of a million US expats alone now refer to Mexico as home.

Whether you want to live beside a slice of Pacific paradise, in a sprawling 21st century metropolis, surrounded by architectural vestiges of Spanish colonial grandeur, alongside a bustling community of fellow expats, or in full immersion of local culture, Mexico has a town that meets your desires. Mexico is, however, a country of vast proportion, and its expansive landmass offers an equally enormous and varied number of destinations for any would-be expat who is considering making the move there. It is for that reason we have compiled this quick guide to four of the best cities to live in Mexico and what these cities have to offer for you while living in Mexico as an expat.

Tijuana: the Best Cities to Live in Mexico Near the US Border

Hurl a stone south from the far south-western corner of California and it will land in Tijuana. San Diego’s Mexican sister city is by far and away the most popular destination in Mexico, and, for that matter, the whole world, for US expats. Tijuana is especially popular with American retirees. Here, an American expat can enjoy Mexico’s relaxed culture and lower cost of living while the city’s proximity to the US border means that the trappings of your former life in the US are only ever a short drive away. This makes Tijuana one of the best cities to live in Mexico for American expats who want to remain physically close to the US. Many US expats living here slip back and forth across the border daily to work in southern California.

As a cosmopolitan city of 1.8 million residents, Tijuana also offers a sizable selection of sights and entertainment. It has the Playas de Tijuana beach, the Avenida Revolución (the historic downtown district), the Mercado Hidalgo market, the  Tijuana cultural center, its own zoo, loads of great restaurants, a lively nightlife scene, museums, and everything else you would expect of a big modern city. It is cheap too. It is estimated that a lifestyle costing $5,000 USD in San Diego can be lived in Tijuana for as little as $1,400. As Tijuana lies within Mexico’s border zone, another bonus on offer for Americans moving to the city is that they can live there free from to need to acquire a Mexican visa.

Unfortunately, over the last few decades, Tijuana’s reputation has been marred by violence. Turf wars continue to rage in the city, and while they are often bloody, they also tend to be sensationalized by the media. While Tijuana is not one of the safest cities in Mexico, it is worth noting that much of the city’s violence is gang on gang related. Tijuana is, generally, a safe destination for tourist and expats. Read this article for a quick guide on how to stay safe in Mexico.

Puerto Vallarta: the Best Cities to Live in Mexico by the Sea

If a beach resort is your desired destination, Puerto Vallarta is one of the best cities to live in Mexico. PV, as the city is often referred to by English speakers, is a major international resort with an urban area spanning 30 miles across the coast of Banderas Bay. There, you can enjoy your free time fishing, whale watching, sailing, and kite and wind surfing, to name just a handful of the bay’s many water activities. The city also boasts 6 local golf courses if you would prefer to spend your day ashore, and the nearby Sierra Madre mountains offer opportunities for trekking, mountain biking, and adventure activities, as well as a refreshing escape from the heat. Puerto Vallarta is also famous for LGBT tourism and its own extensive LGBT community, so much so that the city has been dubbed the “San Francisco of Mexico.”

The city’s expat community has been established for over half a century, so adjustment and language barriers are unlikely throw up issues. Puerto Vallarta’s international airport provides a local link to the rest of the world and is another reason why many expats who have decided to come and live in Mexico have ultimately chosen to make PV their new home. If Puerto Vallarta sounds like the city for you, you will probably want to have a read of our guide to the city’s neighborhoods. 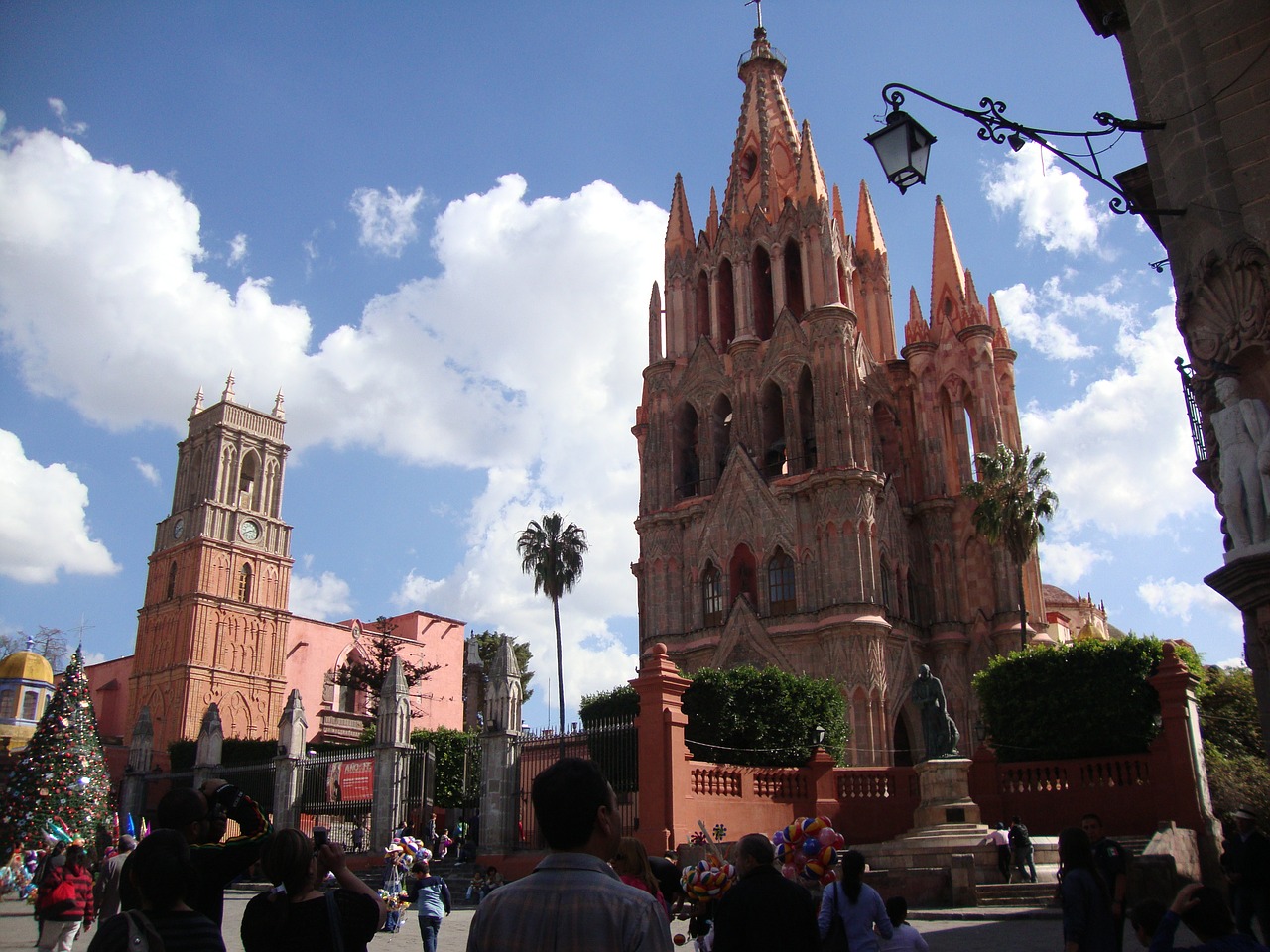 San Miguel de Allende: the Best Cities to Live in Mexico for History

San Miguel de Allende is considered by many to be one of the most beautiful colonial towns anywhere in the world. Its wonderfully preserved Spanish era pastel hued architecture looms above a town famous for its arts and crafts tradition. Its streets are lined with small shops selling locally made artisan products of all variety, art galleries, restaurants, and dotted with pretty public plazas. The city and its surrounding area also play host numerous cultural festivals held throughout the year.

The city is small, with a population of around 140,000, but the expat community accounts for around 10,000 of that number, making this one of the best cities to live in Mexico if you are seeking the intimacy of a smaller city without having to forgo the company of a sizable population of fellow expats. Getting used to heat and humidity is one adjustment that living in Mexico as an expat often requires, but thanks to San Miguel de Allende’s location nestled within the central Mexican highlands, this is not so much the case for those that choose to relocate to this city. Residents here enjoy warm days and cool refreshing nights for the best part of the year. The low crime rates found here are another draw for expats and have helped the city to rank among the safest cities in Mexico. 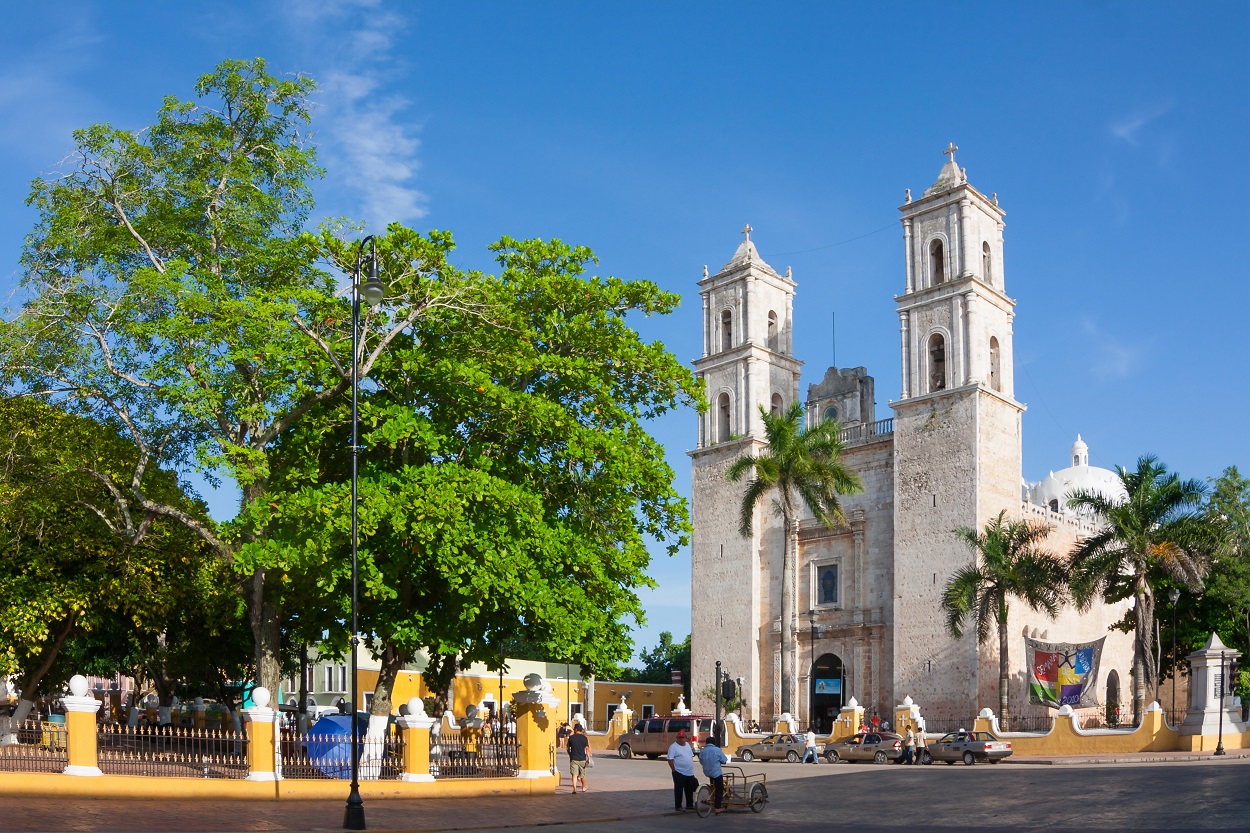 Mérida: the Best Cities to Live in Mexico for Local Culture

Like San Miguel de Allende, Merida is a picturesque colonial era city bursting with local culture, but that is where the similarities between the two cities ends. Where San Miguel de Allende is small and historic, Merida is large and modern. Merida is home to a million people, and of that million, it is estimated that only somewhere around 4,000 are expats. While this means that you will seriously want to think about scratching up on your Spanish before moving there, it also means that Merida is one of the best cities to live in Mexico for a true emersion in local culture, which you will encounter there by the bucket load. The city has a particular reputation for its lively music scene – its musicians can be heard playing in the city’s streets and squares day and night throughout the week.

Merida is big, but it is also laid back. Visitors often comment that it has the atmosphere of a much smaller city. Located in Mexico’s far south west, Merida is insulated from the drug cartel related crime the plagues areas of the Mexican north and is reputed as being another of the safest cities in Mexico. Merida is also served by its own international airport, which runs regular flights back and forth to mainland USA.

Venture beyond the city into its surrounding state, the Yucatán, and you will find yourself in a land of jungles, mangrove forests, ancient Mayan ruins, and white sandy beaches. The Yucatán has a culture in some ways distinct from what might be considered typically Mexican – of which the state’s own unique culinary tradition stands as one tasty example. The beach resort city of Cancún is also only a short journey away from Merida on the Yucatán’s east coast.

These are four of the best cities to live in Mexico as an expat, but a brief article can only do so much justice to a country of Mexico’s size, diversity, and cultural richness. We hope this has been a useful guide, but if you are serious about moving to Mexico, we would recommend taking a trip there to experience a few of the country’s many great cities for yourself to get a hands on feel for what you like.