Known as "Día de Muertos" in Mexico, the Day of the Dead is a holiday that is celebrated throughout the whole country. This three-day festival is a celebration of the lives of those departed family members—and the love we still hold for them.

It is apparent that some form of Day of the Dead was celebrated in pre-Hispanic culture before the arrival of the Spanish conquistadores—with some archaeological evidence that it could date back 3,000 years. However, scholars have traced the roots of Día de Muertos to an Aztec festival that honored Mictecacihuatl—the Aztec goddess of the underworld, who is also called “The Lady of the Dead”.

This goddess is likely the inspiration behind La Calavera Catrina. Originally, it was celebrated during the ninth month of the Aztec calendar—roughly the beginning of summer—in what is today southern and central Mexico.

It was only after the arrival of the Europeans that the dates were changed to coincide with the triduum of "Allhallowtide"—which already celebrated the dead during All Saint’s Eve, All Saint’s Day, and All Soul’s Day. It's from this root that we get the name All Hallow’s Eve which would eventually become known as "Halloween".

Then, of course, the Spanish had their own influences on the Day of the Dead from their native festivities, including parades and filial gatherings at cemeteries for ritualistic prayer.

In the 20th Century, Día de Los Muertos was celebrated in northern Mexico, because the indigenous people in the north observed Allhallowtide much like the rest of the Catholics—without the amalgamation of pre-Hispanic elements. Finally, in 1960, Día de Los Muertos became a national holiday due to unifying educational policies throughout the country.

CELEBRATING DAY OF THE DEAD IN MEXICO: 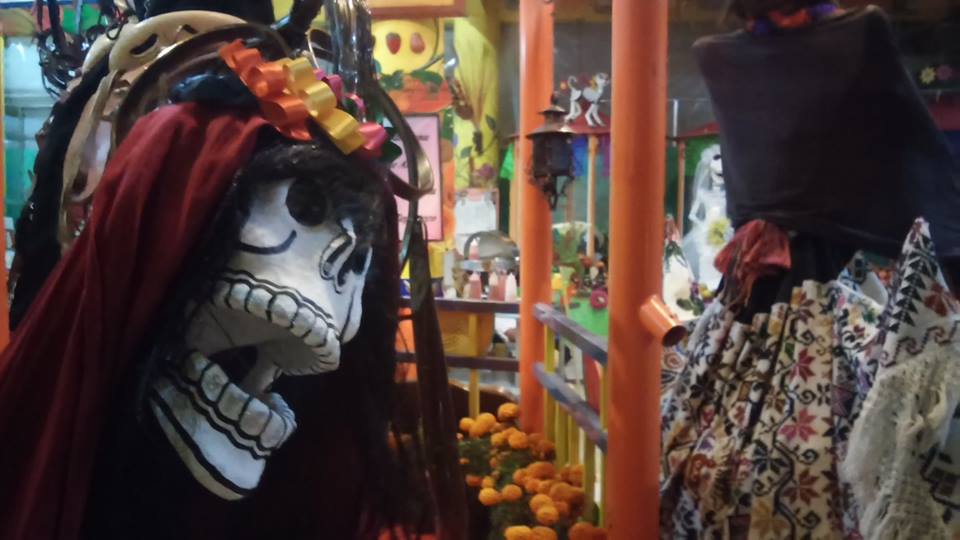 The first day of Día de Los Muertos is October 31st—or what is most commonly referred to as All Hallow’s Eve in English. It is on this day that ofrendas (sometimes called altares or the Spanish equivalent of "altars") are often displayed in one’s living room or den. Tradition has it that these altars draw the attention of lost family members and loved ones on this day—preparing them for the long journey from the underworld to the world of the living.

Afterward, according to tradition, the family heads to the cemetery where they pack a picnic to be enjoyed with their loved ones—by their graves. They will play music, clean and decorate the difuntos’ gravestones, and some will even spend the night by their departed’s tombs to be the first to welcome them when they arrive on the second day. Their children arrive first.

The second day is Día de Los Inocentes (Day of the Innocents). It is also called Día de Los Angelitos (Day of the Little Angels). It is on this day that Mexicans believe that any lost children arrive again. Toys are brought for the children to play with, and candies or other sweets are left out for them to be enjoyed. Some practitioners believe that the departed eat the spiritual essence of the food, then other members of the family can eat the physical foods afterward.

The third day is Día de Los Difuntos, also known as Día de Muertos, where the adults return from the grave. On this day, the family members are said to visit the land of the living. In different parts of Mexico, people passing by are invited to view the altar and drink mezcal or atole, and guests often contribute by laying a flower at the altar or proffering some form of food or drink to the social gathering.

DAY OF THE DEAD IN TEPOZTLAN 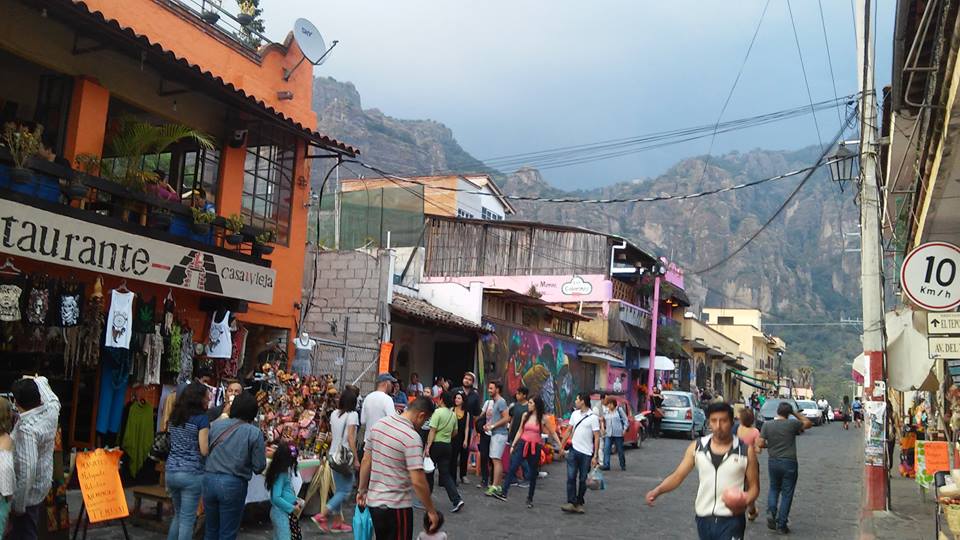 One lovely town to spend Día de Muertos is Tepoztlán in the state of Morelos. This Pueblo Mágico is a wonderful place to see the festivities. The village comes alive with the aromas of pan de muerto and burning copal, as people are dressed in traditional gear while they traverse their main street, the Avenida Tepozteco. This is the road that heads up the mountain to the small Aztec pyramid which overlooks this lovely town.

Paper streamers festoon the streets while the sounds of festivities fill the air. Most houses will put up decorations and invite curious travelers to view their family’s altar. Tourists should approach with great respect. Offering a small token like a flower or some libations can go a long way to smooth relations so that you feel welcome.

However, walking around some of the less touristic churches off the main street can reveal the most unique cultural experiences I have ever encountered in my years of traveling through Mexico:

I remember in Tepoztlán a couple of years ago for the Day of the Dead celebrations. My cousin Oskar and I passed by a Catholic mass. Throngs of people were crowding not only the church and the courtyard outside, but the mass had spilled out into the street. We rolled by to get a look at what was happening inside the church, and those out on the street warmly urged us inside. It seemed like any other catholic mass except on the altarpiece where Jesus’ figure normally stood, the figure of Jesus was covered in a black shroud and wearing a mask with the image of an intricately decorated skull. It looked right out of the Scream movies.

These unique rituals are precious examples of the synthesis of Catholic Mexico with pre-Hispanic indigenous cultures. Few places are better for catching a glimpse of the native rites and truly experiencing the Day of the Dead than Tepoztlán. Mexican Day of the Dead

OFRENDAS – DAY OF THE DEAD ALTARS: 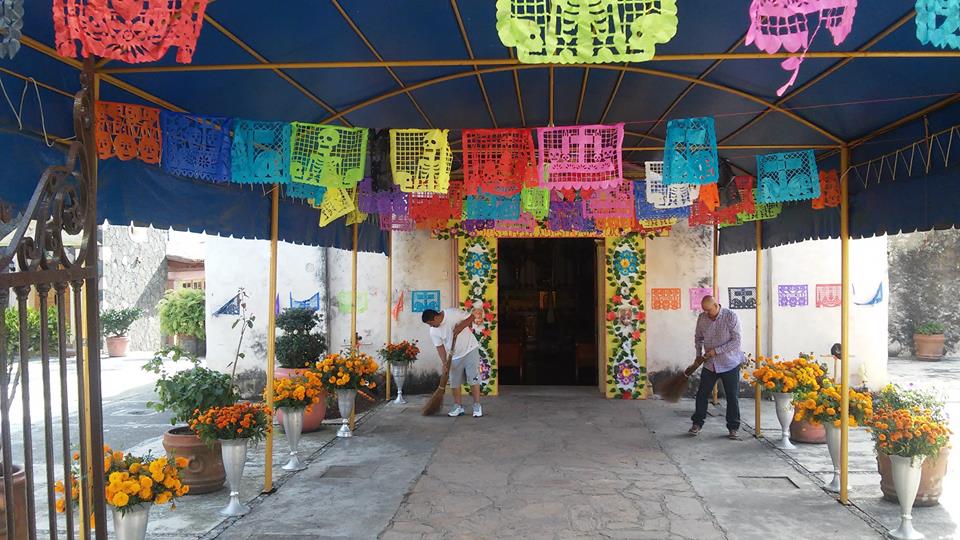 Ofrendas are often decorated with:

Conclusion: This ancient tradition is as varied as the cultures in every state in Mexico. Day of the Dead displays the diversity in Mexican religions, not only by state but by each individual pueblo. One of the best ways in experiencing Mexican culture is by being in Mexico for the Day of the Dead.