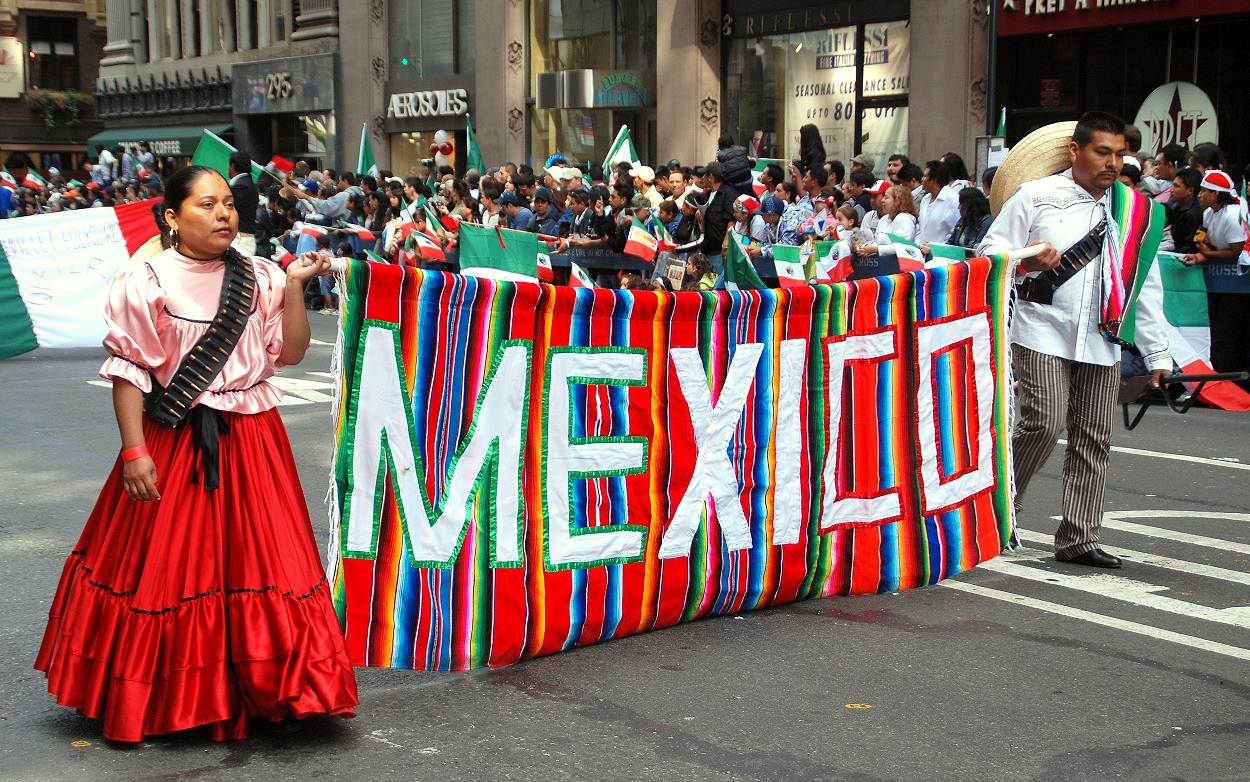 Though El Mes Patrio is technically only the month of September, often festivities and holidays in Mexico are on overdrive in September and October. Throughout the entire month, fireworks are lit all day long and festivities often go well into the following day. Mexico is a party culture, and without a doubt you want to join in, therefore WeExpats thought we would write an article on El Mes Patrio and all the festivities held in Mexico during September and October.

This Mexican festivity comes to us from the Catholic tradition, where Mexicans believe that the Virgin Mary (the mother of Jesus) was born. The Nativity of Mary has no accounts in canonical writings, however, an apocryphal text called the Protoevangelium of James—dating from the 2nd Century—cites her birthday. It is typically celebrated with a large feast to celebrate her life and role in Catholic liturgy.

In 1847, during the Mexican-American War, American forces led by General Winfield Scott pushed deeper into Mexican territory in hopes of taking the Mexican capital: Mexico City. Upon reaching Mexico City, the American troops encountered resistance outside of Chapultepec Castle.

You might recall from our article on Maximilian I that Chapultepec Castle was a military academy before it was renovated to become a residence for the Mexican emperor. Chapultepec was defended by former Mexican President and General Nicolas Bravo Rueda, General Jose Mariano Monterde, and a cohort of the Mexican troops—including cadets numbering somewhere between 47 and a couple hundred. According to one United States officer, at least “about a hundred” cadets aged 10 – 19 years old were among the prisoners.

Though the military academy was 200 feet higher than ground level, the Mexican garrison was greatly outnumbered—and after two hours of fighting, General Nicolas Bravo ordered a retreat.

However, six cadets refused the order. Instead, they fought to the death. As legend has it, one cadet in particular named Juan Escutia, leaped from the top of Chapultepec Castle to his death wrapped in the Mexican flag in order to prevent the flag from being taken by the American forces—though historians debate the historical accuracy of many parts of the legend.

Nevertheless, it is a celebration that has become enshrined in Mexican culture. These Six boys would come to be called Los Niños Heroes, and their sacrifice is celebrated only a few days before one of Mexico’s most important holidays.

One of Mexico’s most important holidays, El Grito de Dolores celebrates the beginning of the Independence movement from Spain. In the early morning of September 16th, a Roman Catholic priest named Miguel Hidalgo told his brother to release the inmates being held in the local prison in the small town of Dolores (now called Dolores Hidalgo, outside of San Miguel de Allende in Guanajuato, Mexico).

As 80 pro-independence inmates were released, Miguel Hidalgo rang the church bells at approximately 2:30am to gather the town outside the church. Soon the whole pueblo was congregated outside of the small church, where Hidalgo gave an impassioned speech calling for an end to Spanish rule in what was then called New Spain.

This event became known as the Grito de Dolores, and it would spark a war for independence that would catch on throughout Mexico like wildfire. For this reason, Miguel Hidalgo is sometimes credited as being the “father of his country”.

Today, in the Zocalo in Mexico City, the President makes a speech harking to the famous words spoken by Hidalgo over 200 years ago. Crowds gather in the square and celebrations erupt throughout Mexico on the 15th of September and carrying on into the early morning hours of the 16th of September. The event is televised for all of Mexico to watch from their homes.

Fireworks festoon the sky and corridos can be heard being sung in the streets. It is one of the best celebrations in Mexico to behold. Also, throughout the heart of the independence, horse processions are common on the highways in the area, and rallies are run carrying the flame of independence throughout Mexico.

*To learn more about El Grito de Dolores and the Independence movement, click here to follow four friends’ journey through the heart of independence territory.

Another Catholic festival that is celebrated in Mexico is Nuestra Señora de la Merced. Begun in 1218, this festivity celebrates the appearance of the Virgin Mary to three nobles in Barcelona—one of them being the King of Aragon. 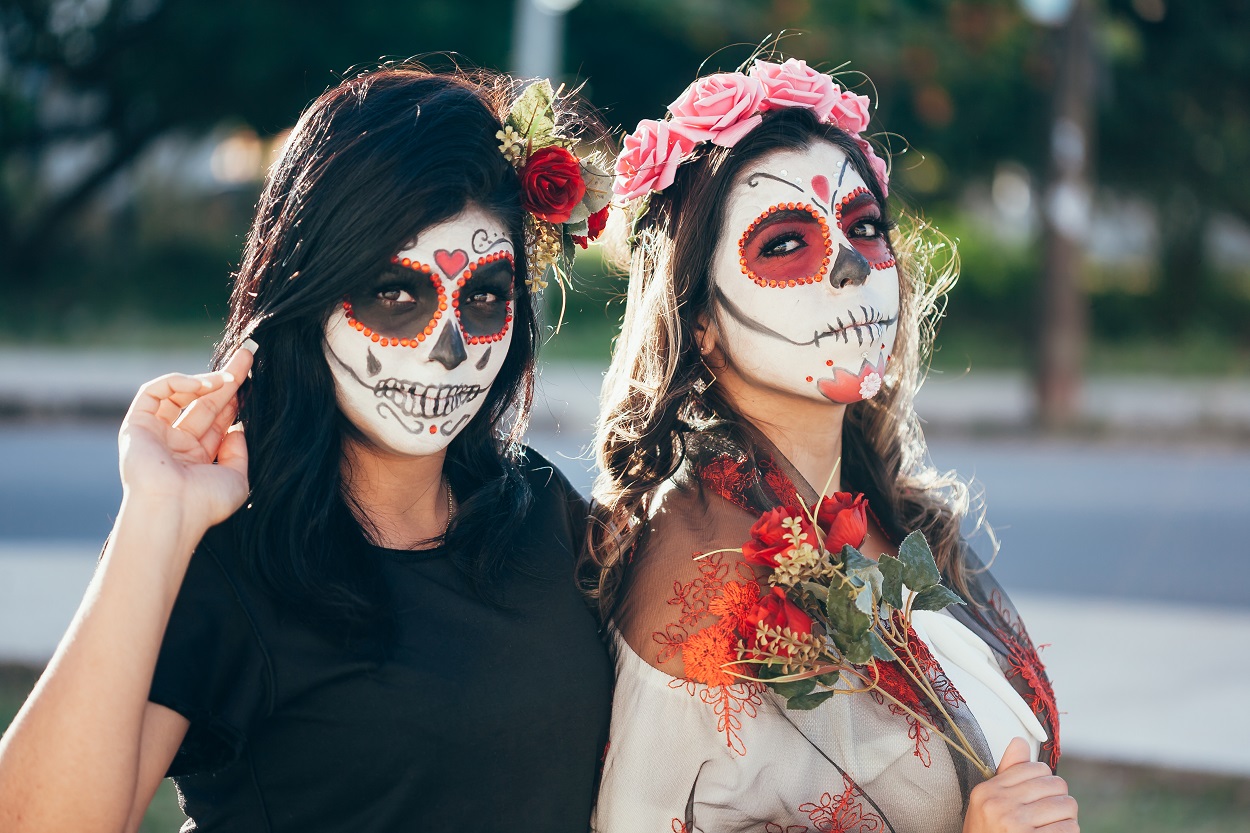 This Catholic festivity celebrates the appearance of the Virgin Mary in 1208 in a chapel in Prouilhe, France. In this vision, the Virgin Mary held a rosary in her hand. She proceeded to show everyone present in the chapel how to use a rosary and the promises that the use of rosaries held in receiving atonement and thus salvation. There is no direct historical evidence that this event ever occurred, nevertheless, it is celebrated in Mexico.

Another very important holiday to the identity of all Latin Americans, Dia de la Raza is celebrated on the 12th of October. This holiday commemorates the landing of the Niña, La Pinta, and Santa Maria—Columbus’ three ships—in the New World.

Though the Conquest of the Americas is filled with terrible atrocities enacted against the indigenous peoples that resided on the continent since time immemorial, it is also a celebration of what was born from the mixing of the two cultures: La Raza.

La Raza (or “the Race” in Spanish) refers to a new culture that was born from the amalgamation of the Hispanic influence in combination with the varied cultures of the conquered indigenous people. Though the specific cultures are vastly different between, say, Mexico and Peru, they all share something in common—a shared traumatic event that would shape the continent for the next 500 years. This event solidified Latin America’s different peoples’ common identity as brothers born from the conquest.

First celebrated relatively recently in 1928, now the celebrations have taken on a life of their own. In Mexico City, the Zocalo is packed to the gills with people who often come to attend a free concert in the city center.

Common in addition to the festivities in Mexico are also protests calling for better treatment of indigenous peoples in Mexico today. In the last 100 years, Dia de la Raza has served as a rallying cry for nationalist activists to address the concerns of the native population.

Though Halloween is not a Latin American holiday, like much of the world, it is celebrated in Mexico. This occidental holiday only demonstrates the influence of globalization on the modern world. However, in Mexico, it takes on its own particular twist.

Because Halloween occurs the day before the two-day celebration of Dia de Muertos (or Dia de los Muertos) in Mexico, then one can expect several people dressed as calaveras—or the white-painted faces marked with the details of skulls.

In particular, it is not uncommon to see women dressed as La Calavera Catrina. This famous etching—first drawn by Jose Guadalupe Posada in 1910 (who died shortly after)—has become entrenched in the mindset of the Day of the Dead celebrations in Mexico.

Children can still be expected to go trick or treating on the streets in participating neighborhoods, and young adults are often found partying in costumes throughout the trendiest districts of Mexico’s major cities.

November 1st is called Dia de los Angelitos (Day of the Little Angels) or Dia de los Inocentes (Day of the Innocents). This day commemorates the children who have died when it is believed they return to the land of the living to visit their parents and siblings. Often toys and sweets are left out for the departed dead. The celebrations are often geared towards children’s celebrations.

Then November 2nd is called Dia de Muertos or (Day of the Dead), where the adults return from the grave. This day has a bit more of an adult vibe—when mezcal shots are often handed out to those who leave offerings like flowers at the altars of fallen family members.

*To learn more about this holiday, you can read our article on the particular celebration of Day of the Dead in a famous pueblo in Morelos called Tepoztlan. Click here to read more.