On-The-Go Through Eastern Europe: An Expat Interview with Leon Sandler 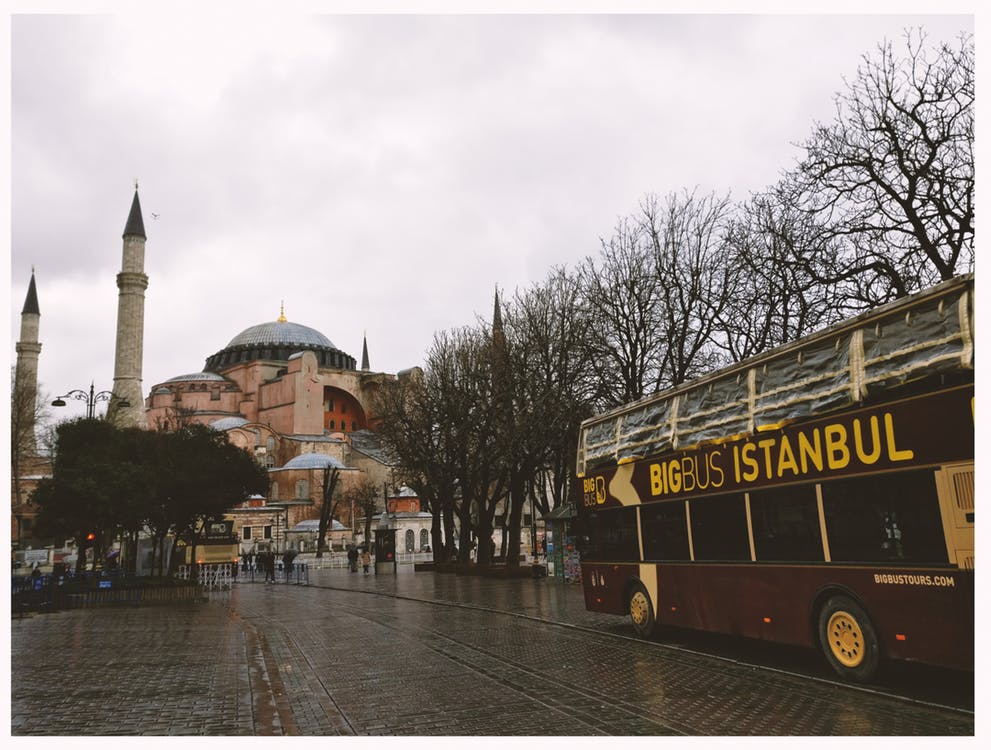 This is an expat interview with Leon Sandler. Leon has spent the last four years traveling with only a suitcase through Asia and Eastern Europe—mostly through the Balkans. He offers a unique insight into the expat life, for those expats who are always on-the-go and rarely settle in one place.

My family lives in Aurora, Colorado—just south of Denver.

Why did you decide to leave the United States?

I felt like I could pursue my career and save more money abroad.

Where have you lived?

I have lived in Suwon, South Korea, where I was for six months. I have lived in Instanbul Turkey, where I am now. I have also lived for about a month at a time in: Budapest, Prague, Athens, Sarajevo, and a little bit in Sofia, Bulgaria.

Weren’t you also in Zagreb?

Yeah! Oh yeah. Thanks for that. I was also in Zagreb for about a month.

Well I’ve been following you in your travels. I’m more of a Latin American guy, but I feel like we have similar lifestyles in that regard.

I like getting to experience a lot of different cultures, to see different parts of the world, and to meet people from all over the world—that has been really interesting. I also like the feeling of freedom, the feeling of mobility that you have when you live this kind of life.

I compare it to—living in Istanbul is like playing the game on “hard mode”. When I come back to the States, everything is on “easy mode” again. [we break into laughter] Because I speak the language. I can do anything I want. Like if I want to go get a haircut, and if I want to go do something, it’s much easier because I don’t have the same barriers. It’s definitely like playing the game on “hard mode”. You locate to a different country and start from basically nothing, and you add the language barrier—it’s harder! But it really helps you appreciate the differences.

I remember reading once that the most common challenges that expats face is loneliness—and that was definitely part of it when I was traveling through Zagreb, Budapest, and Prague. . . and like here. I also feel like you encounter challenges in daily tasks because of the language barrier. What I’ve often said is that, when you’re living abroad and you don’t speak the language, easy things become difficult, and difficult things become impossible. [raucous laughter] So, let’s say, getting a haircut: in English, easy; in Turkish, difficult. A residence permit: in English difficult; in Turkish, impossible.

But you want to live in Istanbul, am I right? It’s your favorite place?

Yeah, I would say that, of all the cities I’ve lived in so far, Istanbul is probably my favorite. Because you know, it’s big, it’s cosmopolitan, and it’s really quite remarkable in that way.

What has been your least favorite city so far?

Hmmm… interesting question. I guess, when I was living in Suwon, my work was a little different. I was working with children—I was teaching at a Korean hagwon, which is like an after-school school; and I was teaching kids. It was like my first time living outside the country so I really didn’t make any friends and it was my least favorite experience that I’ve had so far.

How do you end up making friends wherever you go? It seems like you have a life in Istanbul. . .

Yeah, I would say that one of the reasons I keep coming back to Istanbul is my friends and all the people that I know here. It’s a big draw for me obviously because the hard thing about the digital nomad lifestyle was that you pack up and leave every few months, and you’d have to pull everything out from underneath you as you go.

Are any of them geared specifically towards expats?

Yeah, the groups that I’ve seen are geared toward expats, but the group consists of a mixture of expats and locals.

What have you learned from traveling, and have you grown?

I would definitely say that I’ve grown, and I’ve learned a few things. One thing is, just resilience. I have definitely learned a kind of stoicism and a stoic acceptance of things; because when you’re constantly relocating, and constantly changing where you live, for example. You have to practice a kind of detachment. You can’t get too attached to the place where you are, in terms of the things you have—the comforts you have—because in a few months, or a few weeks, or maybe even a couple days, it’s all going to change.

I’ve also become less attached to material things, in a way, because right now everything that I have fits into one suitcase and one backpack. And last year my suitcase was actually too big. I decided that this thing was too big. I didn’t want to have to carry it around all the time, so I decided, Next time I’m going to get a smaller suitcase. I got a smaller suitcase, which has less stuff in it now than it did last year, but that has really been beneficial to me because I feel that learning to accept impermanence, and learning to be detached from material things; those are things that people want to learn anyway—those are spiritual qualities. And this kind of lifestyle has forced me to learn those things, because literally everything I own, I can think of in terms of kilograms.

I still remember there was this one time I was in Sarajevo, when I was still with the bigger suitcase, and I was literally carrying this suitcase up a really steep hill. It was exhausting! So I’ve become less attached to material things, and more able to find what I need in myself, and more able to accept different locations and letting go of things.

And I find a sweeping romanticism of a place. Like I can be unhappy with a place, and then the last few days before I leave, I only see the beauty in it.

Yeah, like I was in Athens recently for a couple months, and it was horrible. I had a bunch of internet problems, which affected my work. I really didn’t meet many people. The city wasn’t the best. But the last few days, I decided to go to Heraklion on Crete to see the Kazantzakis Museum, because he’s one of my favorite writers—and Heraklion was so beautiful. ‘Cause I had been living in Athens, and I thought, Heraklion is so nice, I should just stay here. But I only had two days. . . after two months living in Athens.

Would you recommend the expat life, and to whom?

Would I recommend it? I think it’s worked well for me. I really think that in my case it’s worked pretty well, but I was always the kind of person who was cosmopolitan. Even before I came to the Balkans, I really liked Balkan music, and that’s kind of what inspired me to come here, was hearing musicians like Goran Gregovic and Boban Markovic, guys like that.

I like it because I think I’m more of a cosmopolitan-minded kind of person. I also think that I was really unhappy in the United States. I didn’t like the suburb that I grew up in. I thought everything was boring—incredibly boring. I didn’t really have many friends. And so for me, making that transition was really easy. Because this lifestyle has its own difficulties definitely: the loneliness, [the language barrier creating] a constant difficulty with everything, the packing up and leaving every few months—it’s not that it’s perfect, and I wouldn’t say that anyone should go and do it. However, I think the people who would like it the most, are the people who are least attached to those traditional ideas of the traditional 9-to-5, wife-and-house, white-picket-fence kind of lifestyle.

Well you only get one life!

Yeah I definitely think of it in those terms as well. I don’t think there’s ever a perfect path to happiness. This lifestyle has its own difficulties. If I had stayed in the United States and tried that way of life, that would also have its own difficulties. It’s a choosing between different kinds of suffering basically. But I think that if you don’t feel particularly at home where you are, and you don’t have a lot of attachments to the place where you are anyway, then there’s a greater chance this kind of lifestyle would be good for you. If you are the kind of person who’s really attached to where you are, and really attached to the relationships that you’ve built there, and you like things the way they are, then obviously going around the world might not be for you. But if you are really unhappy with being in one place as you are now, then you have less to lose by living this kind of lifestyle.