An Expats Guide to the Mexican Election

Articles An Expats Guide to the Mexican Election

WeExpats is not affiliated with any political party and is providing this unbiased guide for a basic understanding of the elections. Please email justin@weexpats.com if you find an inaccuracies. 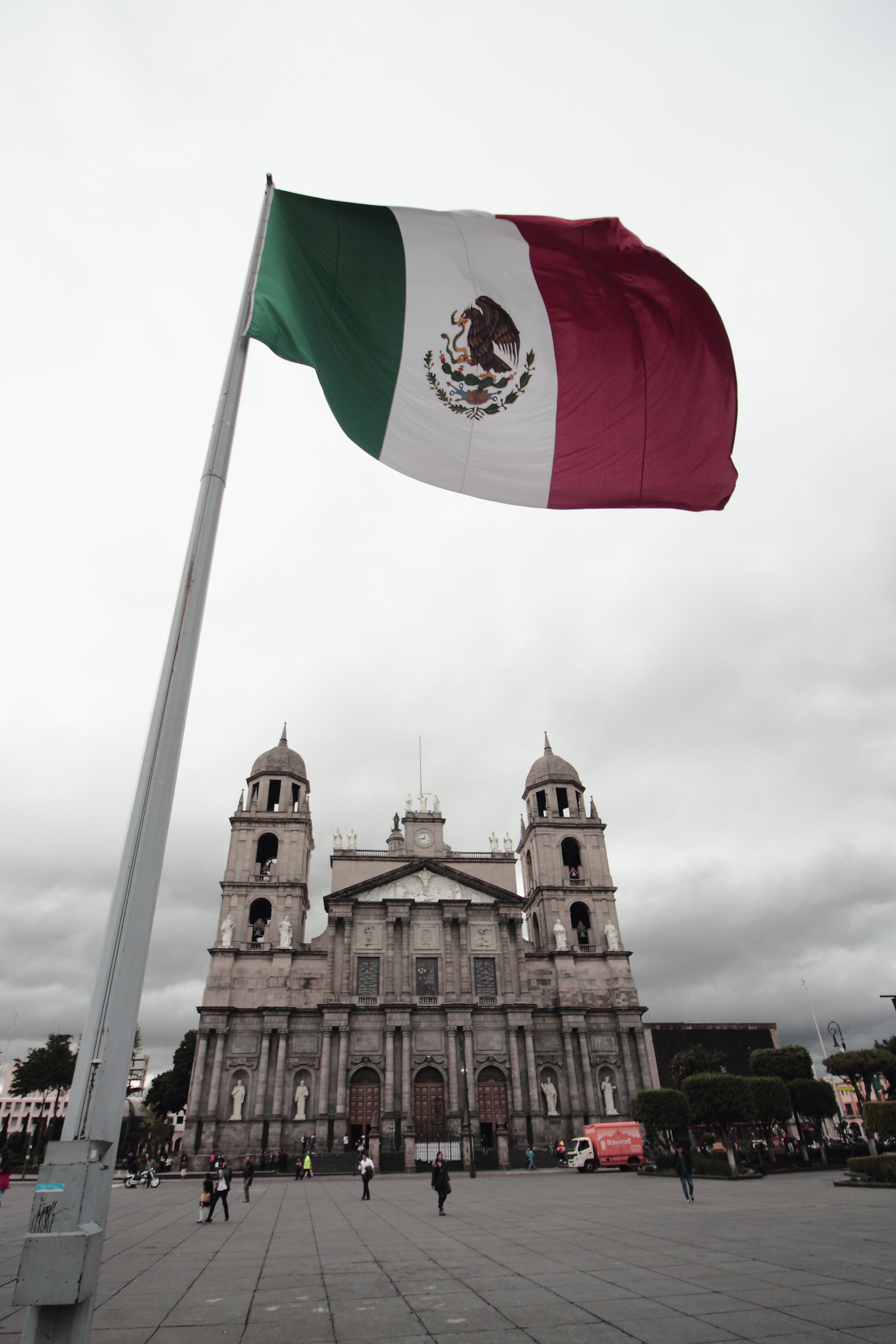 – A Brief Political History of the Mexican Presidency –

First a little history of the Mexican political system. Historically, the most important party in Mexico’s political process has been the PRI (or the Institutional Revolutionary Party). Founded in 1929, it held power in Mexico for 71 years until the year 2000. Traditionally ideologically Leftist, the PRI has evolved over the decades. After the 1980s, it became clear that ideological and bureaucratic reforms would be necessary, and a division arose within the party over how best to reform the PRI. In 1989, these divisions splintered the party into the current incarnation of the PRI—which has settled on a center-Right ideology—and the PRD (Party of the Democratic Revolution) which picked up the Leftist baton left behind by the PRI.

In 2000, for the first time in Mexico’s history, another party won the Mexican election. The contending party on the Right, the PAN (National Action Party)—which was founded in 1939—won two consecutive elections: Vicente Fox in the year 2000 and Felipe Calderón in 2006. In 2012, the PRI once again took the presidency by electing current President Enrique Peña Nieto. Thus, since 1929, only two parties have won the Mexican presidency.

– About the Mexican Electoral Process –

A bit about the Mexican electoral process. The Mexican election is a straightforward popular vote. It doesn’t involve a system like the electoral college. Thus, the candidate with the most votes at the end of the day wins. Each president serves for six years instead of four, and he/she is not capable of re-election.

Also, Mexico has no run-off voting system. Runoff votes vary in implementation from country to country, however the basic idea is that every voter gets two or more votes—either by ranking their Presidential candidates, or by holding a second vote once the two leading candidates have been chosen.

Less than 40% of the vote decided the last two elections, therefore we can expect that the undecided vote and divided electorates will be a powerful decision-making force in the 2018 presidential race. As of June 19th, 21.5% of voters see themselves as undefined without a declared candidate. In this election overall, more seats are available for the taking than in any other election in Mexico’s history.

Lastly, on May 16, 2018, independent candidate Margarita Zavala withdrew from the race leaving only four candidates. These candidates will be listed in order from leading to trailing in the polls as of the latest polling data from Bloomberg for June 29th.

Commonly referred to as AMLO (an acronym for his name), López Obrador began his political career in 1976, in the state of Tabasco with the PRI. He would rise to eventually become the head of PRI in the state of Tabasco. In 1989—during the splintering of the PRI—AMLO sided with the Leftists and joined the PRD. In 1994, he was the party’s candidate for governor of Tabasco, and though he did not win, he rose to become the national leader of the PRD from 1996-1999 when he ran for mayor of Mexico City. He won that election and served as mayor from 2000-2005, when he decided to run for the first time as Mexico’s president. In 2005, he won 35% of the vote losing by only half of one percent of the vote. AMLO refused to concede the loss—alleging voter fraud—leading to occupation protests throughout Mexico City for several months. In 2011, AMLO ran as the candidate for a coalition of the PRD, Labor Party, and Citizen’s Movement. He finished second with 31.5% of the vote. He subsequently left the PRD and founded his own political party MORENA (National Regeneration Movement). He has stated publicly that this will be the last time he runs for office.

AMLO is capitalizing on a current anti-establishment mood, with polls listing him as the electoral front-runner. Corruption is one of the major issues in this election—with roughly 80% of Mexicans seeing corruption as a major problem in Mexico. With faith in public institutions on the decline in Mexico, AMLO can be seen as a parallel to his personal friend Jeremy Corbyn in the UK, or Bernie Sanders in the USA. He is popular among the young and the disenfranchised middle class who are tired of poor wages—and are ready to try a new political party unaffiliated with the current establishment.

However, AMLO has an unorthodox rhetorical style which has lacked appeal with elderly and conservative voters. Furthermore, having alienated nearly all the standing establishment, he has almost no support from the political and business elites. He drew criticism in December of last year when—speaking in the state of Guerrero which has been plagued by gang violence—he said he would consider amnesty for cartel leaders. He is painted by his opponents as an anti-globalist nationalist alá Hugo Chavez.

AMLO has vowed sweeping socialist reforms such as social welfare, redevelopment, education and transport reform, as well as cracking down heavily on government corruption. He has, among other things, vowed to cut the allowance granted to former Mexican presidents, and to sell the president’s national plane. He pledges to renegotiate NAFTA, as well as hold public consultations over energy reform.

Anaya is only 38 years old—Mexico’s youngest candidate for president ever. He first joined the PAN at the age of 17. In the year 2000, at the age of 21, he won his first position ever as a local deputy in his home state of Querétaro. He has since then held increasingly prominent titles such as Private Secretary to the Governor of Querétaro, Development Coordinator of the State of Querétaro, PAN Parliamentary Group Coordinator, a congressional Federal Deputy, Speaker of the Chamber of Deputies, and eventually National President of the PAN until 2017, when he decided to run for president. This rapid rise to power has dubbed him with the nickname “The Boy Wonder”.

He has an extensive academic background as well, with a Bachelor of Law degree with honors, a Masters in Tax Law with honors, and a Ph.D. in Social Studies and Political Science again with honors from the UNAM. He is a permanent lecturer in State Theory and Constitutional Law in the Law School of the UA of Querétaro.

Anaya is a talented rhetorician and a shrewd political strategist. As the National President of the PAN, he lead his party to big wins in 2016, snatching up 7 of the available 12 gubernatorial seats that were open—including some states that were considered sure wins for the PRI. He lends himself well to upper-middle-class, well-educated voters, and those who are most concerned with crime. He has successfully formed a Left-Right coalition against AMLO consisting his party the PAN, and the PRD and Citizen’s Movement (two parties which supported AMLO in 2012).

Anaya has suffered some setbacks, including an alleged money laundering scandal this February involving a deal in his home state of Querétaro. However, being a lawyer himself with a Masters in Tax Law, Anaya swiftly released a video explaining why the deal was kosher, which seems to have nipped the controversy in the bud. However, he has also engendered resentment from other members of the PAN who supported Zavala (who ended up losing the bid as the PAN candidate, running as independent, and dropping out a little over a month ago). His Machiavellian approach to politics has, in effect, divided his own party.

Anaya has pledged a universal basic income on his platform, however this amount could be only about $540 a year. However, he also wants to double the minimum wage. In addition, he supports corruption investigations into current government officials. Holding such a broad coalition, yet being firmly entrenched in the Right, it is unclear as to what his presidency would look like should he win in July.

José Antonio Meade is a Yale-educated economist; and as a politician he has served in prominent roles in government for the last decade. Among the prominent positions Meade has held are: Secretary of Energy, Secretary of Finance and Public Credit, Secretary of Foreign Affairs, and Secretary of Social Development. Before this, he was a prominent banker who served with: The Central American Bank for Economic Integration, European Bank for Reconstruction and Development, Multilateral Investment Guarantee Agency, and the World Bank as an Ex-Officio Member of the Board of Governors.

Part of the issues facing the PRI are the long-standing allegations of corruption. Thus picking a candidate like Meade who is not a registered member of the PRI, and who has worked for both the PRI and the PAN (the two largest parties in Mexico) is a strategic move with the goal of distancing themselves from their past stigma. Nevertheless, in Meade they have found a long-standing establishment candidate.

Fueled by the country’s most prominent political machine, Meade has found a platform to showcase himself as a talented rhetorician—despite never actually having been elected to public office. Still, he has been appointed to numerous secretarial positions and has shown himself to be a capable administrator at the highest levels. He is also free from public scandals, which has carried itself into an attempt to rebrand the PRI.

Meade faces an uphill battle because 50% of Mexicans say they will not vote for a PRI candidate whoever he or she might be. Furthermore, as a former finance secretary, he has failed to appeal to the PRI’s core base: the poor and lowest classes of society. As a financier, he is associated with the raise in gas prices, only made worse because Meade has supported keeping current-president Peña Nieto’s reforms.

Meade has pledged to support the center-Right policies of the PRI in their current fiscal and energy goals without altering them. He has vowed to battle corruption within government, as well as continuing the fight against the cartel with better intelligence in hopes of yielding better results. Meade has proposed several fiscal and social changes, among them being: higher salaries for teachers, easier access to credit, and equal pay for women.

Jaime Rodríguez is a career politician who began his career with the PRI under Governor Martinez Domínguez in 1982. He served as a Federal Deputy in 1992, a Local MP in 1997, and as Mayor of García in Nuevo León. He was the first independent candidate to have ever won a governorship in Mexico, winning the seat as Governor of Nuevo León in 2014.

A survivor of two assassination attempts, Rodríguez is known for his tough stance on organized crime—which earned him the moniker “El Bronco”. He has branded himself successfully as an anti-corruption outsider, and he excels at the use of social media in campaigning.

Far beyond a long shot with less than 5% of the vote, Rodríguez has come under fire for increasingly radical rhetoric such as claims that the earthquakes in Mexico were due to loose morality, or condemning women for what he deems to be their excessive weight. However, his importance could very well be in taking some anti-establishment votes away from AMLO.

Interested in getting health insurance while living abroad? Get a free quote today by clicking below. Also you can live chat with our team during business hours by clicking the orange button in the bottom right.