History of Piñata: Where Does the Piñata Come From?

Articles History of Piñata: Where Does the Piñata Come From? 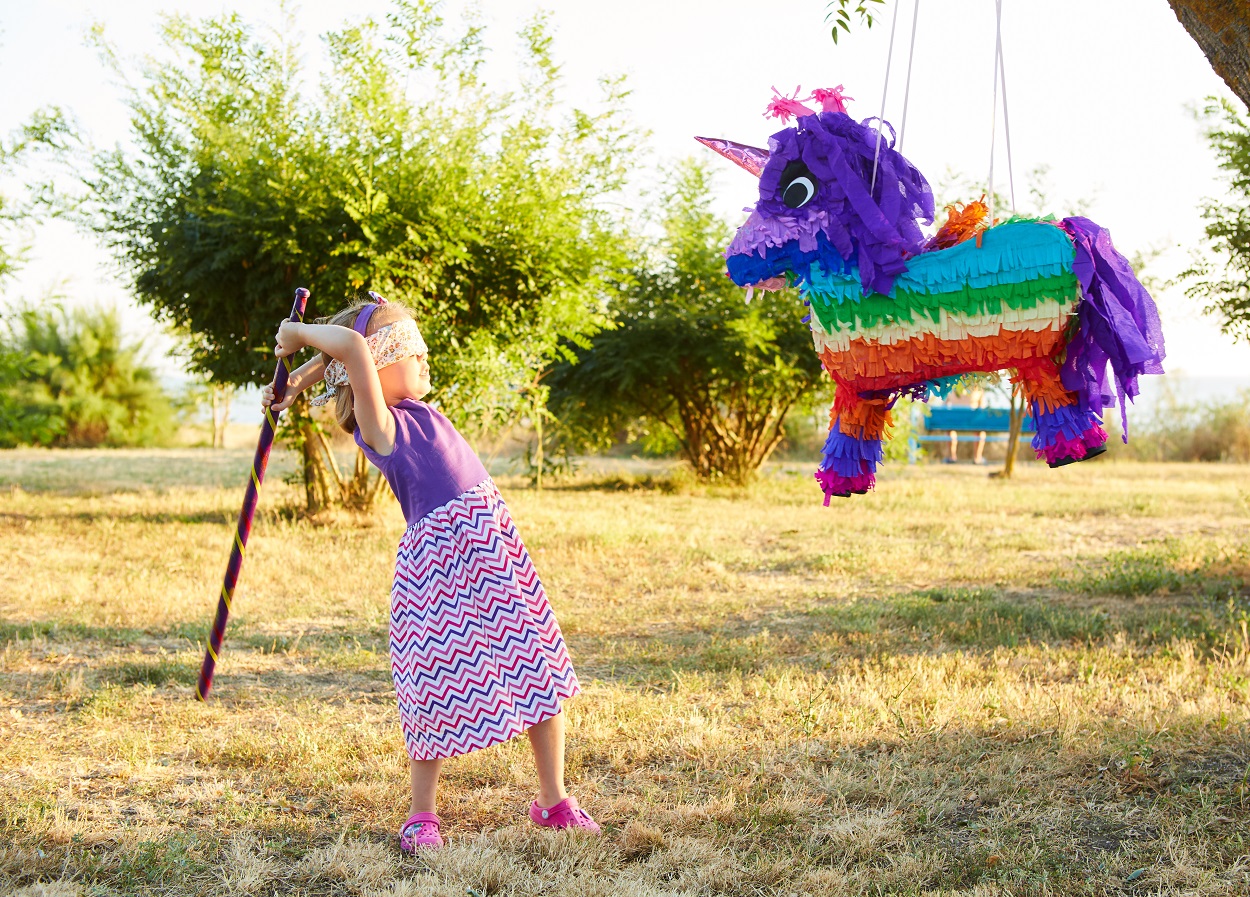 History of Piñata: Where Does the Piñata Come From?

When we think of piñatas, we often think of Mexico. This fantastic birthday tradition involves children singing a song while one blindfolded child with a bat breaks a cardboard and papier-mâché effigy of some superhero or Disney princess. Stuffed inside are candies and other sweets which then shower the victor upon the piñata’s destruction. Then a mad “supermarket-sweep” dash ensues to grab the goodies that tumble out. It’s very good, traditional fun. However, do we ever stop to think: Where does the piñata come from?

The word piñata comes from Spanish word for “pot”. Originally, it stems the Italian word pignatta (or sometimes pignàta) which means “an earthenware pot for cooking”. This is likely because the first piñatas were likely decorated clay pots which were hung and decorated. The word itself stems from the Latin root pinea which means “pine cone”—perhaps indicating the shape of the first piñatas. Thus, the tradition in some part was introduced by the European conquistadores of Mexico. However, answering the question Where does the piñata come from? Is not so easily answered by its etymology.

*The Spanish would also sometimes call their effigy la olla or el cantero.

Where Does the Piñata Come From – Surprising Origins:

Though the word comes from the Italian and previously Latin roots, the origins of the celebration actually contain a surprising origin. They are descended from ancient China. During the Lunar New Year (also called the Chinese New Year), effigies of cows, oxen, and buffaloes would be stuffed with bags of five different types of seeds. Participants would attempt to break the effigies with sticks and this would bring a good crop for the planting season ahead. The remains of the Chinese effigy would then be burnt, and its ashes would be saved for good luck.

When Marco Polo returned to Italy after his famous voyage West, tradition has it that he brought back the tradition of the pignatta where it caught on as a celebration during Lent. The first European piñatas were decorated with seven points—each meant to symbolize one of the seven deadly sins. Then the participants would destroy them with a stick which symbolized faith in Christ and love (specifically agape), and one lucky contestant would be showered with riches from above.

*Occasionally, the piñata would be decorated with ten points symbolizing the Ten Commandments.

In some cases, the contestant is spun around. This dates from the original practice where the batter was spun around 30-some times symbolizing the likely 32 years that Jesus lived. The other contestants could either trick the blindfolded contestants—by indicating a false location of the piñata—or they could offer true advice helping them to conquer their inner sins. 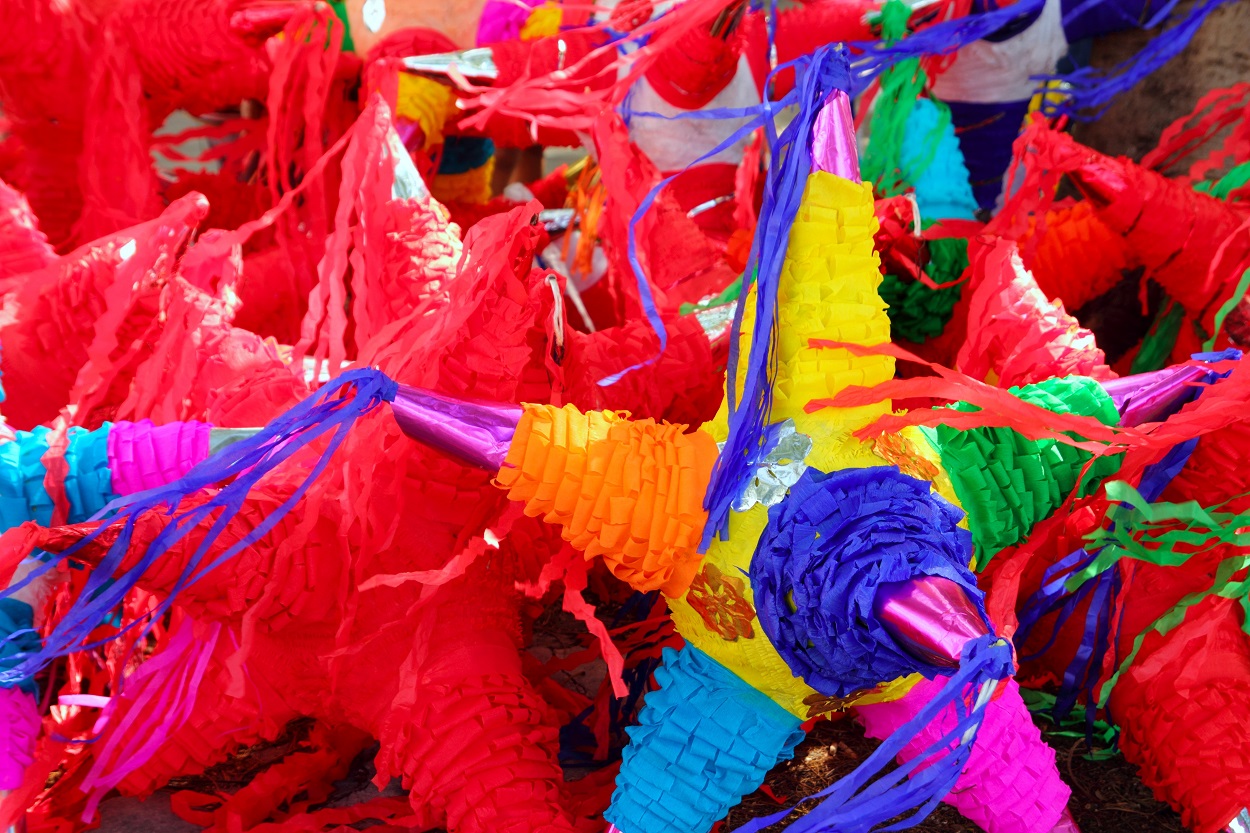 Where Does the Piñata Come From – Mesoamerican Origins:

The ritual may be universal in the sense that it also has a prehispanic parallel. In the Mayan tradition, the contestants would have their eyes shielded while hitting a clay pot was supsended above by a string. This tradition was continued by the Mexica (or Aztecs) where a clay pot was decorated with feathers and filled with religious offerings to the Sun God Huitzilopochtli. As the piñata was broken, religious offerings would tumble to the god’s feet on earth. Thus, the tradition of blindfolding the participant comes from the ancient indigenous ritual.

Where Does the Piñata Come From – Catholic Incorporation:

These similarities were not lost on Franciscan friars who came to Mexico to convert the indigenous population. They noticed that Huitzilopochtli’s birthday—which was celebrated in mid-December—would make a good transition for converting the native population to Christianity.

Through this similarity, they developed the ritual of the posadas—where the piñata was an integral part. For ten days before Christmas, family and friends gather together and split into two groups to reenact Mary and Joseph pleading for shelter. Half pretend to be the innkeepers, the other half pretend to be Mary, Joseph, and the infant Jesus. Songs are sung and the breaking of piñatas is part of the celebration. 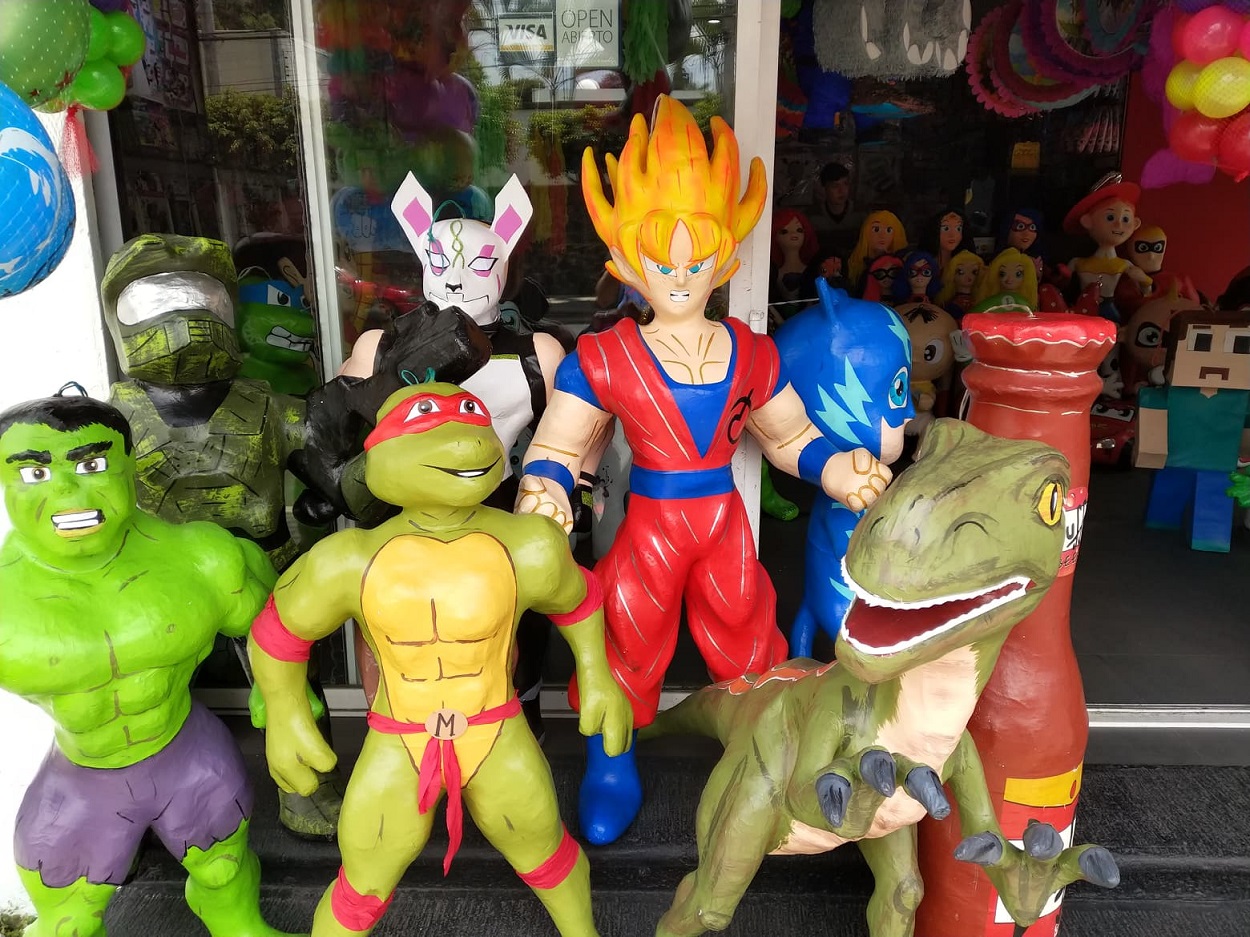 Where Does the Piñata Come From – Modern Day Mexican Celebration:

In Mexico, the piñatas are filled with fruits like oranges, guavas, tejocotes, jicamas, or candies such as pieces of sugar cane and confectionary or commercially-produced candies. Some treats from the stuffing are generally set aside for children who end up empty-handed from the “cash grab”. On rare occasions, some piñatas are filled with confetti or flour to fool the contestants.

Then a song called Dale, Dale, Dale is sung, often while the child is being spun around before attempting to break the piñata. It goes like this:

*Perhaps the most famous version of those of my generation (and possibly newer generations as well) is the version released by famous youth star Tatiana. Click here to hear that version.

Where Does the Piñata Come From – The Future of Piñatas:

Modern incarnations are becoming more popular in the world of piñatas. Whereas, traditionally, the piñata was in the shape of a 7-pointed star or perhaps a donkey, now images from popular children’s cartoons and comic book movies have become the norm.

In addition, newer effigies are no longer just superheroes and children’s icons. There exist now more politicized effigies for adult parties, such as world leaders and media personalities.

Piñatas tend to be a bit more of a luxury, with piñata sales dropping 30% during times of economic crisis. However, overall, piñatas seem to have firmly entrenched themselves in Mexican celebrations nearly as much as fireworks have. We can only see what future effigies are chosen, though the practice seems here to stay.