It’s that brilliant time of year, when the land is bathed in the warmth of spring. The birds come out to serenade us, and the earth emerges from the recession of winter.

One of the most beautiful places to behold the coming of spring is in Central Mexico. Already known for its stunning landscapes, Central Mexico draws international attention every year—in particular because of jacaranda season.

If you’re curious about jacarandas, then you’re in the right place. This article will tell you everything you need to know about jacarandas for your stay in Central Mexico. 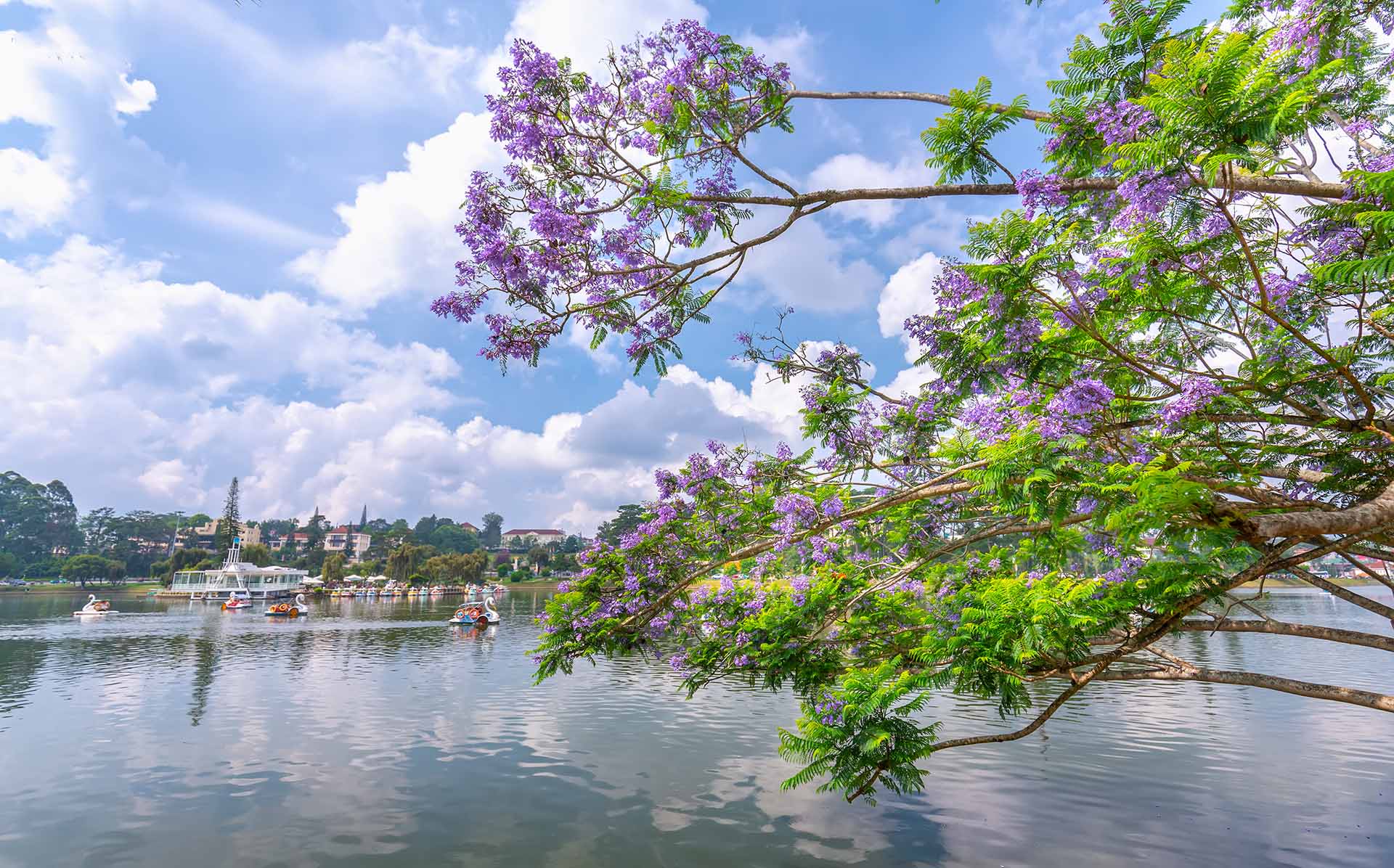 Jacarandas are a tree that can grow up to 20 meters in height. The full scientific name of the genus is Jacaranda mimosifolia. It’s found around the world, from Argentina to Southern California and Florida, as well as Southern Africa, Australia, New Zealand, Arabia, Western Europe—and most recently having been planted in the subcontinent, from India to parts of Pakistan and Nepal.

Jacarandas are trees in their mature state, but they can also be planted as shrubs and used in landscaping. Their main popularity stems from their lovely bluish-purple flowers that bloom in spring. These flowers are characterized by having large panicles—each flower having five-lobed corolla. (Some varieties have white flowers).

The Jacaranda tree also yields a fruit that is shaped like a long, flattened oval. It contains a number of slender seeds inside. The fruit is poisonous. All parts of the plant are not edible except for the flowers, which are sometimes used in some traditional, regional cuisines.

Evolution of the Jacaranda

The genus Jacaranda mimosifolia is divided into two sections: Dilobos (with 31 species) and Monolobos (with 18 species). Scientists believe that the Dilobos variety is the primitive form of the Jacaranda—having originated in the Paraná River region of southeastern Brazil.

The later section, Monolobos, can be primarily found in South America, Central America, Mexico, and the Caribbean. The actual wood of the tree differs between the two sections of the Jacaranda genus.

History of the Jacaranda

The word “Jacaranda” comes from the Tupi-Guarani language root spoken by many tribes in South America. The first use of the word “Jacaranda” dates back to 1753, in A Supplement to Mr. Chambers’ Cyclopedia (1st Edition). In it, the reference states “A name given by some authors to the tree the wood of which is the log-wood, used in dyeing and in medicine”.

Though Jacarandas are native to the Americas, they really only became a major feature of the cities in Central Mexico at the start of the 20th Century, when, in 1912, the mayor of Tokyo gave 3,000 cherry trees to Washington D.C. as a token of friendship.

A Mexican named Plutarco Elias Calles was walking through the streets of Washington D.C., and he fell in love with the cherry blossoms in bloom. He recommended that Pascual Ortiz Rubio—then president of Mexico—plant cherry blossoms throughout Mexico City.

Several Japanese immigrants to Mexico around this time helped in the cultivation of the Jacarandas in Mexico City—chief among them, Tatsugoro Matsumoto and his son Sanshiro. They adapted their talents and expertise in Japanese-style gardens to the Jacarandas of Mexico City. From there, other Mexican states nearby, such as Cuernavaca and Queretaro, began planting Jacarandas. 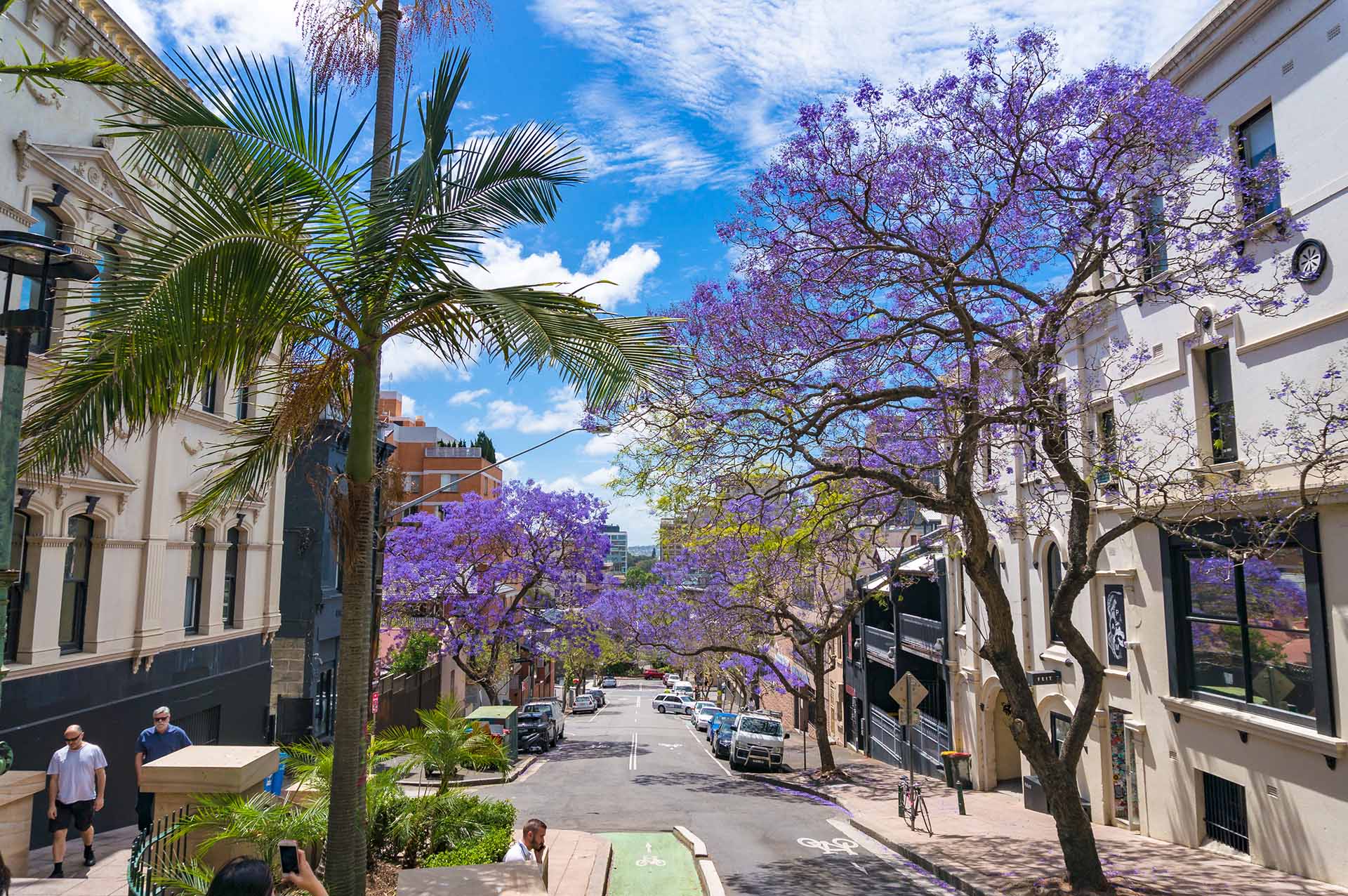 They have become far more than a tourist attraction, the blooming Jacarandas has become a part of cultural significance in Mexico. Like cherry blossoms in Washington D.C., which has become a symbol for the identity of the city, Jacarandas have left their mark on the landscape of Central Mexico.

At Expat Insurance, we think that one of the best places to view the Jacarandas in bloom is in the Mexican town of San Miguel de Allende. This stunning colonial pueblo has taken the Mexican love of Jacarandas to the next level, planting them all over the quaint plazas and in gardens throughout the area.

One thing is certain, if you’re in Central Mexico, you can’t miss the opportunity to bask in the natural beauty of Jacaranda season in Mexico.