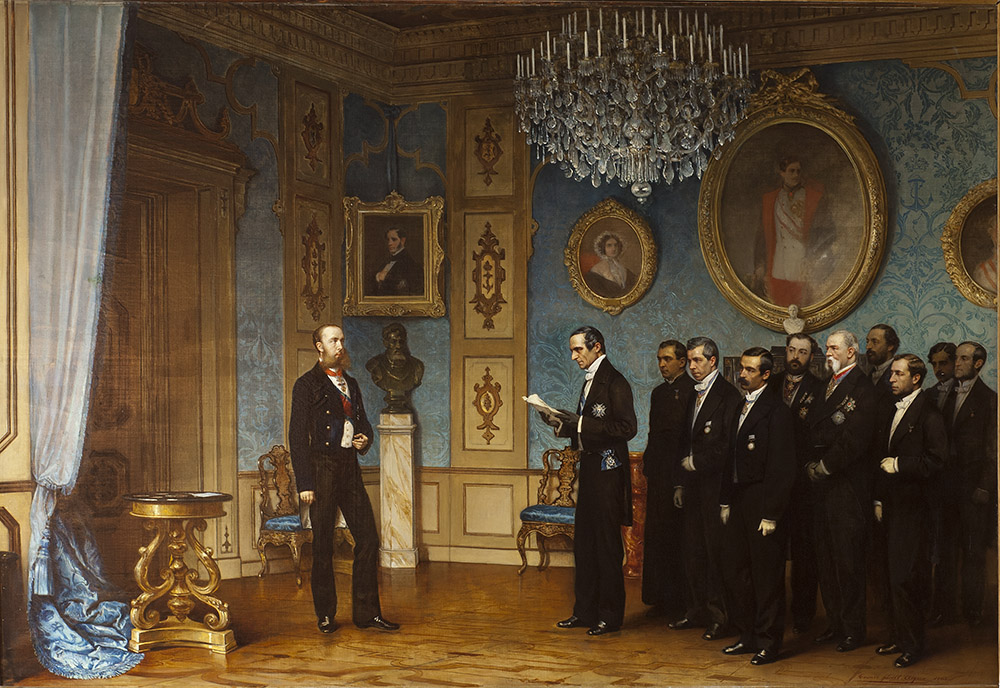 Emperor Maximilian I of Mexico hosts a Mexican delegation.

As you might recall from our article on Cinco de Mayo, French Emperor Napolean III sought to create a French presence on the American continent to protect French interests and hopefully establish a lucrative trade route to provide American goods to Europe. The French would attempt to invade during the summer of 1862, however, on the 5th of May, the Mexicans staved them off for a year until the following summer.

Nevertheless, the French would eventually succeed in establishing a presence in the Americas by forming the Second Mexican Empire. Napoleon III elected the younger brother of the Austrian emperor Franz Joseph I—a distinguished naval commander with impeccable Habsburg bloodline named Fernando Maximiliano Jose Maria de Habsurgo-Lorena. He would only rule Mexico for four short years, yet he would have a profound impact on the Mexican cultural landscape. 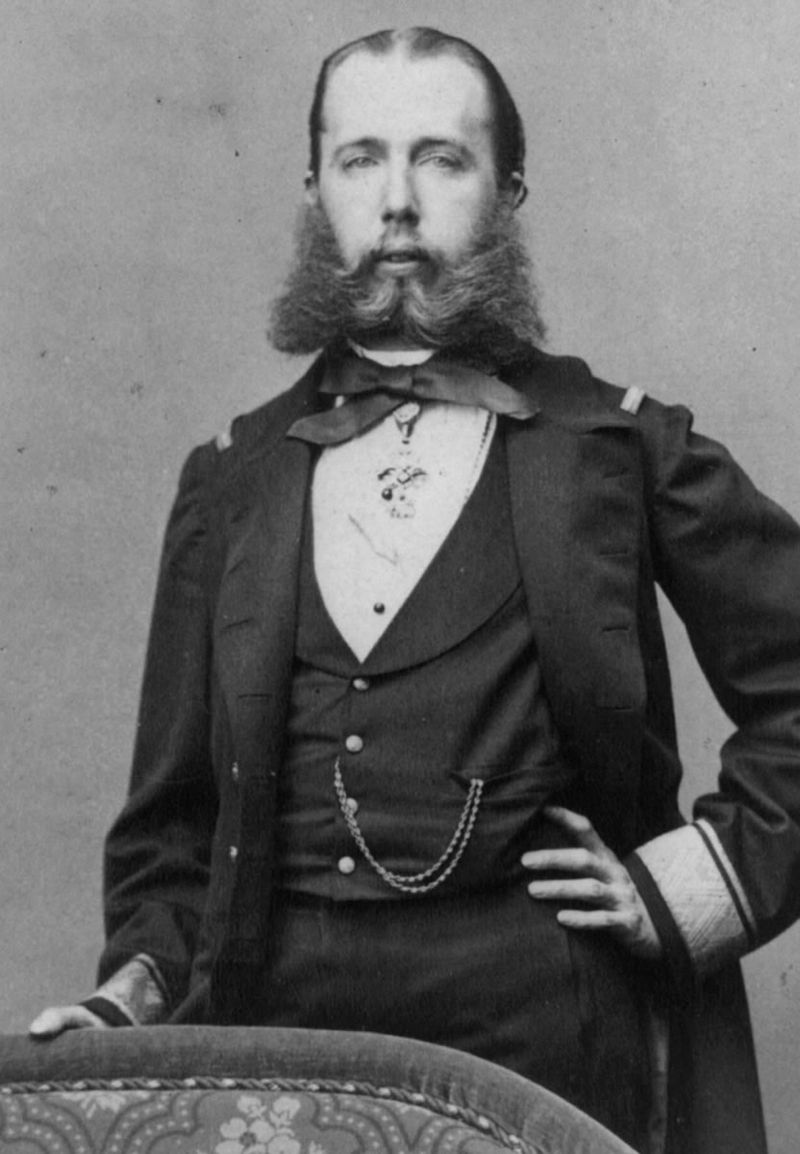 Maximilian was born into royalty in the summer of 1832, in Schonbrunn Palace in Vienna. This was the capital of the Austrian Empire. He was named Fernando after his paternal uncle the King of Hungary and Maximilian after his maternal grandfather the King of Bavaria.

His education was intensive and diverse. Between the ages of 7 and 17, his studied demanded 55 hours a week from some of the best tutors in Europe. An ardent polyglot, Maximilian spoke German as his mother tongue and he would eventually come to learn English, French, Italian, Slovak, Hungarian, and of course Spanish. Maximilian was known for being a rambunctious youth—charming, charismatic, undisciplined, and very popular. He was very fond of pranks.

In 1848, as revolution erupted across all of Europe, young Maximilian would accompany his brother on campaigns to put down rebellions in Austria. Though he earned valuable experience in tactics and the art of warfare, Maximilian was horrified by the brutality of war and he openly rallied against it—citing Enlightenment ideals to his philosophical defense.

As was the case with most marriages of nobility, Maximilian and Carlota were largely paired because of the prominence of their families. Carlota was the daughter of Leopold I, the King of Belgium. It is said that Carlota fell in love with Maximilian at first sight and she ardently lobbied for her father’s approval in their engagement. However, Maximilian seems to have married her to secure his finances, and instead loved Maria Amelia de Orleans y Braganza—the daughter of the Emperor of Brazil. She, unfortunately, died young which left Maximilian free to marry Carlota. They lived as a couple in Milan and Trieste until April of 1864, once he was offered the reign in Mexico. 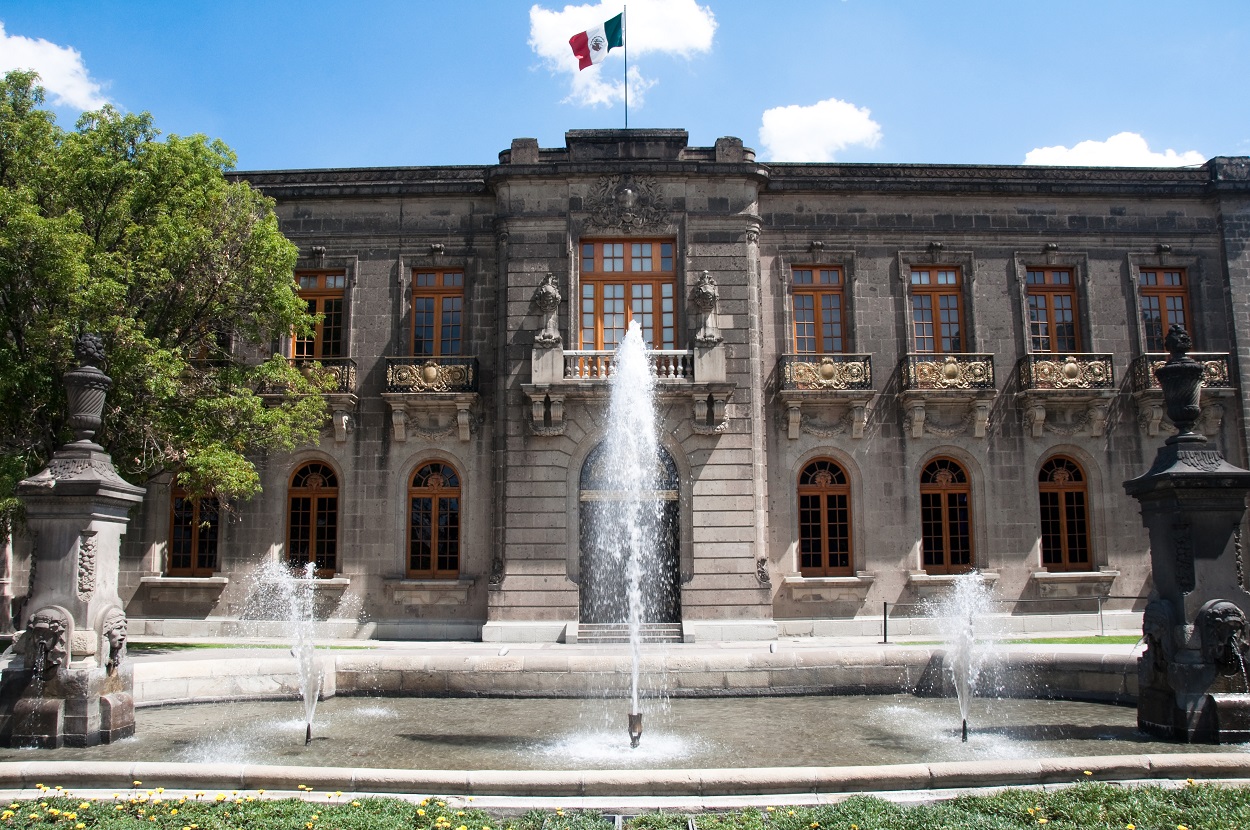 Maximilian I and Carlota Resided in Chapultepec Castle in the heart of Mexico City.

Though Maximilian I had demanded a plebiscite—or direct democratic support from the people—when he actually arrived in Veracruz in May of 1864, he discovered that he had little support from the Mexican population.

Shortly thereafter, he would establish residency in Chapultepec Castle—which had previously been a military academy. Little did Maximilian I know that upon accepting the title in Mexico, unbeknownst to him, he had forfeited all his lands and title in Austria. Maximilian I and Carlota adopted two grandsons of Agustin de Iturbide (who had briefly been emperor of Mexico 40 years prior) in hopes of securing a favorable line of succession.

Maximilian I did his best to win the favor of the Mexican people—instituting liberal social reforms, which earned the ire of his conservative base—yet they did little to gain him support from the Mexican population. Shocked by the impoverished conditions of the Mexican people, Maximilian I and Carlota held events and parties to raise money for the population. They forbade all forms of corporal punishment, restored the right to communal property, outlawed child labor, and restricted working hours. He even canceled all of the Mexican peasant’s debts for any sum over 10 pesos—in effect eliminating indentured servitude in Mexico.

In addition, Maximilian I upheld many of the reforms of the Mexican president that he had replaced, including religious freedom, extending the right to vote beyond the landowning class, and he enacted several land reforms. At first, he even offered former Mexican President Benito Juarez amnesty if Juarez would swear fealty to the throne.

In 1865, Maximilian I began to use force to support his claim to the Mexican throne. He issued a “Black Decree” on October 3rd which forbade anyone from forming armed bands without legal or political justification they might have. It is estimated that 11,000 supporters of Juarez were executed under this decree.

However, the French never fully defeated the Mexican resistance, and Benito Juarez continued to rally the support of the Mexican people. In addition, the United States—under the guise of the Monroe Doctrine—openly supported Benito Juarez’s return to the Mexican presidency (also in an effort to deter European colonialism in the Americas).

By 1866, the situation had become untenable. In the face of American intervention—as well as to reinforce his troops against the rise of the Bismarck and the Prussian military—Napoleon III withdrew his troops from Mexico. Carlota left for Belgium in hopes of pleading her father for military and financial support of Maximilian I’s regime in Mexico. She would never return, and instead, she was said to have lost her mind.

By February of 1867, Maximilian I and his army of 8,000 loyalists withdrew to Santiago de Queretaro and held firm against a siege. By May, he was ready to attempt an escape across enemy lines, however, the city fell on May 15th when a Mexican general bribed one of the guardsmen to open the gates. Maximilian I was captured and imprisoned.

A plan was drawn up to free Maximilian from prison, however, he refused the plan because he felt that shaving his beard to avoid recognition would have left him undignified. He was sentenced to death, an execution which was carried out at 6:40am on June, 19th, 1867. With his final words, he forgave the Mexican people and exclaimed “Viva Mexico! And viva la independencia!” 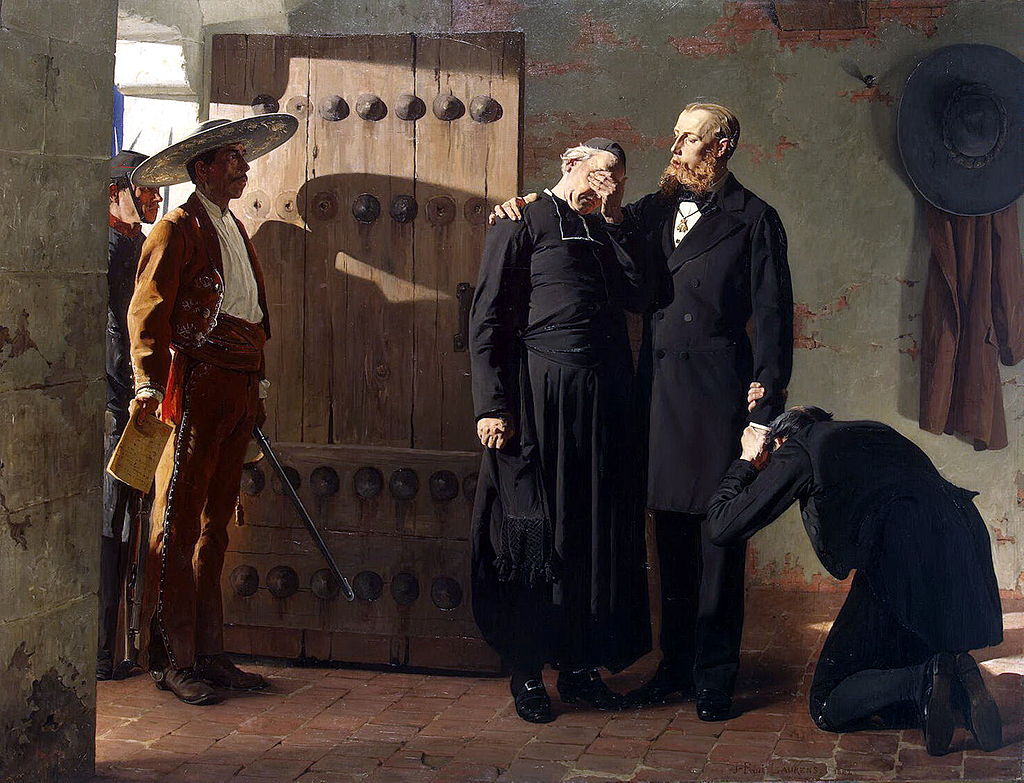 Maximilian I of Mexico lead from his prison cell to await execution.

Though he only reigned for roughly four years, Maximilian I’s legacy in Mexico remains strong. This brief period remains among the most romanticized periods in Mexican culture with numerous books, movies, and soap operas taking place during this time. Maximilian I helped to refine Mexico in the mindset of the world—instilling an elegance and taste that Mexico had never seen before.

Though his reign is recognized by historians looking back as fairly progressive for the times, nevertheless Maximilian I’s regime could never overcome the Mexican people’s inherent resistance to autocratic rule and their fierce support of President Benito Juarez. Still, he left his mark on the landscape of Mexican culture, and there will he remain.