The Mexican state of Oaxaca is known for having a diverse set of indigenous cultures and languages. Some scholars estimate that it has more cultural diversity than all of Europe. For certain, there are 16 distinct ethnic groups speaking 62 different languages. Whistled speech comprises 7 tones and can be understood up to a kilometer away.

Having a tonal language means that the intonation of a word indicates the word’s particular meaning. However, in the mountainous regions of the northwestern part of Oaxaca—known as La Cañada—a unique form of Mexican whistle language has evolved in order to communicate long-distance across the mountain region. What would normally take half an hour to walk across a steep incline to the neighbor’s milpa, can instead be whistled in 30 seconds. This Mexican whistle language has four different ways of whistling depending on the distance needed to communicate.

Seeing as how Chinantec is a tonal language, then the whistling developed to mimic those tones, thus creating its own complex and diverse language. They are not capable of communicating everything they could in spoken Chinantec, however, they can communicate a solid majority in their Mexican whistle language.

By custom, only men and boys whistle the Mexican whistle language. Though women can understand the language, they do not whistle it. This does not seem to be a forbidden act, but more so that in the tribal customs of this Oaxacan region, the women are seen as ruling the home and men rule the field. Therefore, because the Mexican whistle language is a product of men laboring in the field—and needing to communicate to their neighbor in the milpa on a nearby mountain top. This is merely an arbitrary social convention.

Young boys can generally whistle rudimentary sentences like “Come over here” and “I’m tired”. Many older generations cannot speak Spanish, however, the younger generation speaks Spanish and Chinantec. Thus, you have to look to the older men to find the more advanced use of this Mexican whistle language.

Unfortunately, seeing as how the youths in the village study Spanish in schools, they end up wanting to speak to each other in Spanish. In effect, Spanish becomes the “cool” language which is disastrous to the survival of the Mexican whistle language. Sadly, this is contributing to the slow decline of this Mexican whistle language—however, language is rarely lost in a moment. Language is lost in chunks as vocabulary is forgotten by the next generation.

Mark Sicoli, an American linguist and expert in the Mexican whistle language, had this to say about the decline of the Chinantec language:

“This is something that’s in decline here in this community. It’s not done as it was in the past. The older men are saying that the youth aren’t doing it like they were doing it. They used to be much more productive. It was much more integrated in the community, and in cases of language death, languages don’t just die all at once. That’s very rare. It dies bits and pieces at a time. Whistled speech is part of the Chinantec language here, and it is one thing that’s going out before the language itself is.”

Like a trumpet player, the whistler’s lips get tired after hours of long-distance conversation. Though it can be done, the language is only really in practice for short conversations. This has contributed to the loss of the language in comparison to a verbal, spoken language. Some village elders claim that generations before them people whistled far more than they do today. Alas, it has been slowly declining as an integral part of their society. 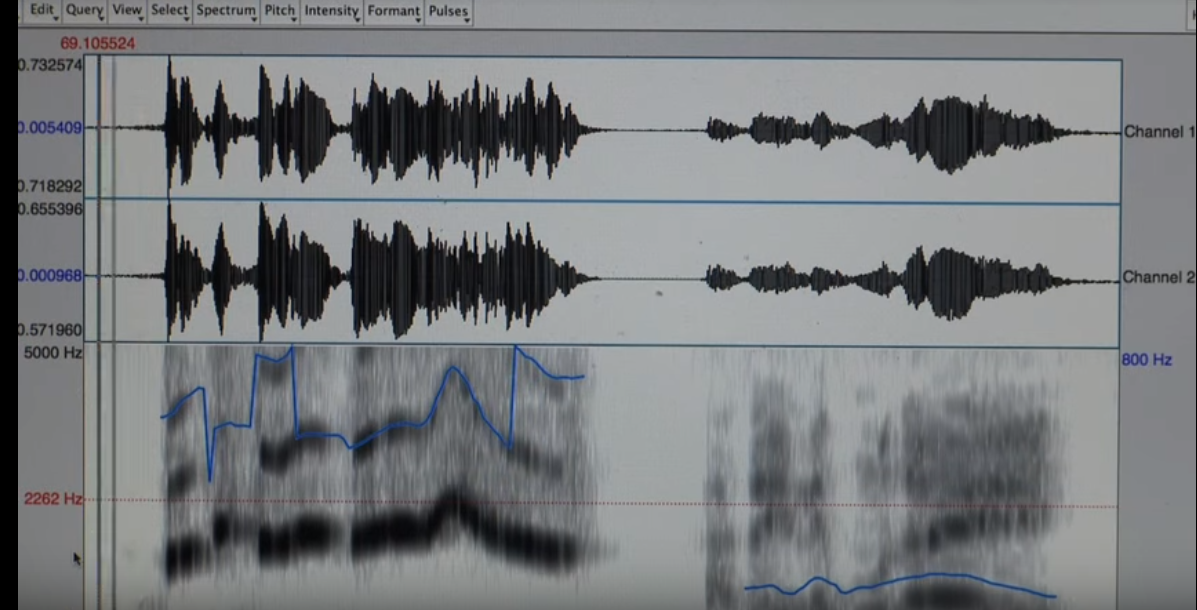 The pitch, syllables and stress of the whistle correspond to the spoken Chinantec language.

In the end, the loss of the Chinantec language—as is its whistled speech—are inevitable. They are both disappearing from the landscape of La Cañada. Mark Sicoli estimates that in roughly a decade there may no longer be whistled Chinantec speech. Chinantec—in all its variations—will last longer, however, some forms are only spoken by a few people and several others have already died out.

Though scholars are working to preserve the language, unfortunately, It does seem that the Mexican whistle language will ultimately disappear. Languages are constantly evolving, thriving, becoming dominant, waning—and eventually dying off as other languages have their day.

Perhaps with great effort, the Mexican whistle language can be revived like Gaelic and Hebrew. But it will take effort. Time can only tell the future of the Chinantec language.