Articles Why Do Mexicans Light Fireworks All Day Long? 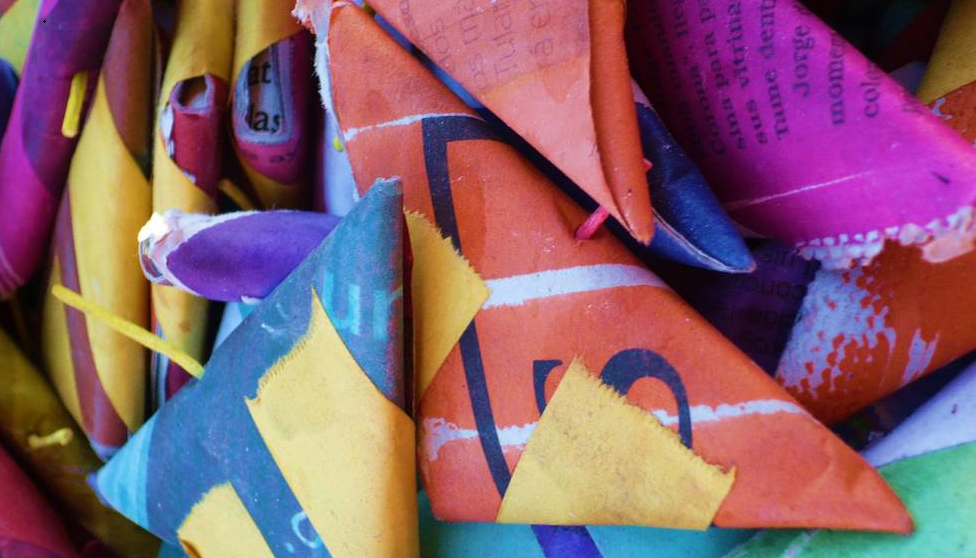 If you’ve ever lived in Mexico—or even Mexican neighborhoods in parts of the US—then you’ve certainly noticed that Mexicans light fireworks all day long. I live in Cuernavaca which resides in a small state called Morelos, which is known even among Mexicans for lighting off fireworks all day long. It can certainly get annoying, and if you have a dog, it can be heartbreaking if your dog isn’t accustomed to the constant sounds of explosions. However, when you are living in another country with another culture, you have to take the good with the bad. Therefore, WeExpats decided to get to the bottom of this curious mystery and write an article on why do Mexicans light fireworks all day long.

It can be frustrating if you have a neighbor—like mine—who is particularly enthusiastic about lighting off fireworks in Mexico. I am often woken up at 6am, just as the first rays of dawn are rising above the horizon. The last thing I need at that moment is to hold my dog who is shivering from fear. Sometimes, the blasts will last until after midnight, and because of this inconvenience, I have been adamantly against this Mexican tradition. However, my research into this cultural expression seems to have taken a surprising turn which sheds new light on getting to the bottom of why Mexicans light fireworks all day long.

What Fireworks Do Mexicans Light All Day Long?

The first thing we must discuss when attempting to answer the question Why do Mexicans light fireworks all day long is which fireworks are Mexicans actually lighting. Mexicans will light off fireworks, firecrackers, smoke bombs, whistlers, streaking comets—anything that they can get their hands on really. However, the main culprits of my incessant noise pollution—from my experience—are the palomas.

*To learn about all the fireworks of Mexico, click here.

Palomas (which is the Spanish word for “dove”) are triangular fireworks that serve no other purpose but to make a loud noise. They do not light up the sky with stunning light displays. They don’t even whirl in a circle on the ground for a less-than-stunning light display. They just make a loud boom. I have been mystified as to what purpose palomas serve other than to wake me up at 6am to a dog shivering with fear.

I always pictured it as a Tim-Allen-grunting, plebian form of entertainment, and perhaps I am not wrong. The internet is chock-full of videos of Mexicans lighting off massive palomas to see which ones make the biggest noise and can wake up the most neighbors at 6am.

Furthermore, palomas are one of the least expensive fireworks. They are made by taking a piece of paper and rolling them into triangles. Some people even make them at home—though WeExpats in no way endorses you making them yourselves at home! But let’s face it, if you’re going to be lighting off fireworks all day long, then you might as well try and find an affordable way to do so. Therefore, it seems that palomas are the main bane of my tranquility.

What Days Do Mexicans Light Fireworks All Day Long?

In our attempt to answer Why do Mexicans light fireworks all day long, we must discern precisely when Mexicans are lighting off fireworks. Well, the simple answer is: whenever Mexicans are celebrating anything.

Mexicans will light off fireworks all day long on government holidays like September 16th (Mexican Independence Day) and November 20th (Mexican Revolution Day). Mexicans light fireworks all day long on their version of Labor Day—which are the first few days of May where Mexican workers are celebrated. Perhaps the worst day of the entire year is Día del Albañil—which is May 3rd and celebrates the Mexican construction worker.

*These are much bigger celebrations in Mexico than Cinco de Mayo.

Also known as Michaelmas in English, September 29th originally celebrated the archangel Michael who defeats Satan in the Book of Revelations. However, in the latter half of the 20th Century, the Saints Days of Gabriel and Rafael were also added to September 29th—probably so the Mexican cardinal wouldn’t have to put up with fireworks all day long more than necessary. This is one day that you can expect for Mexicans to light off fireworks all day long.

However, the problem is that you can never pinpoint when your neighbors will light off fireworks all day long because it could also be in celebration of their birthday, or a relatives birthday. They could be celebrating a wedding, an anniversary, or a quinceañera—typically on some random day when you have to get some sleep because you have a massive meeting in the morning that could potentially dictate the rest of your future. 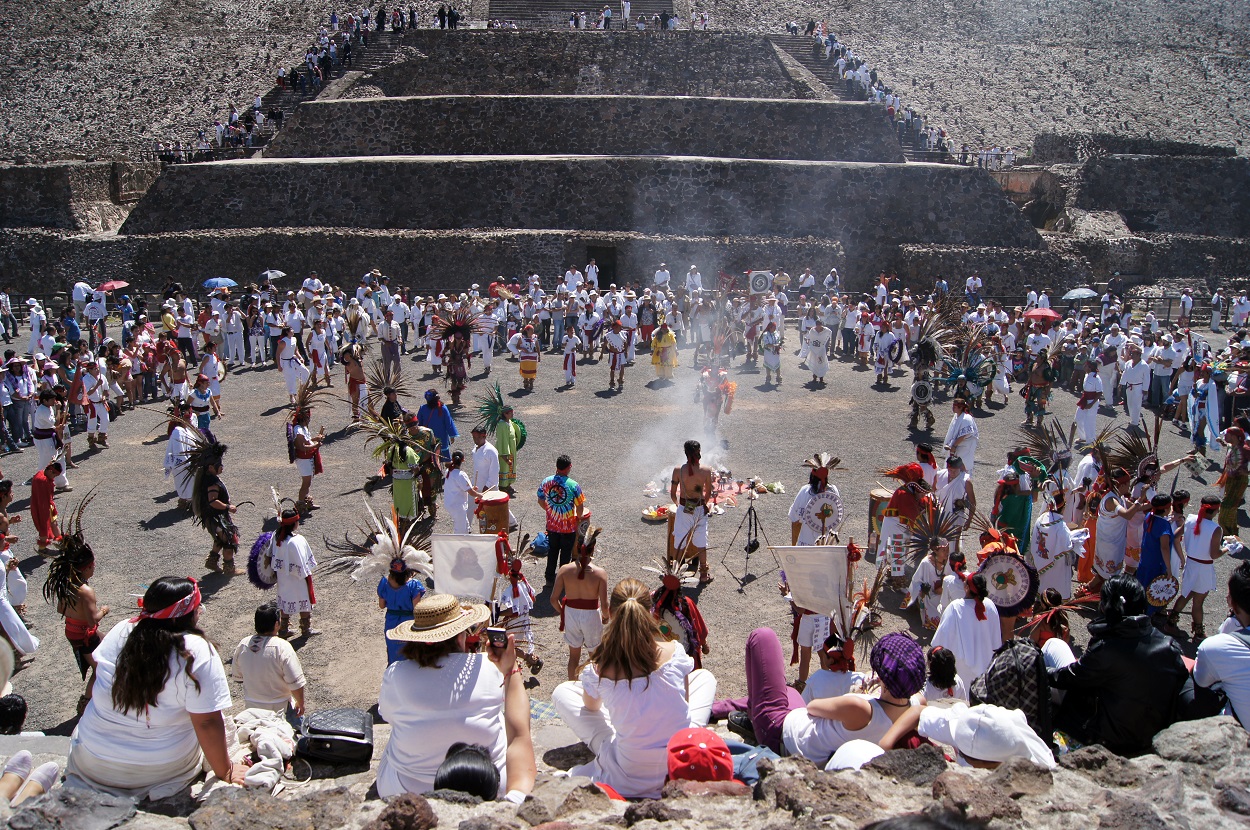 The History of Why Mexicans Light Fireworks All Day Long:

As I have been covering a myriad of topics for WeExpats, I have had to do extensive research—though few have been more challenging than trying to uncover why Mexicans light fireworks all day long. I finally found my answer in Jennys Mexico—a very intelligent and well-written blog.

*To see all of Jenny’s Journal blogs, click here.

The following theory is the only theory that seems to shed any light on the history of how fireworks became a part of Mexican culture:

It seems that during Aztec rituals, Mexicans would often bang loud drums, war cries, and rattles in hopes of getting the gods’ attention. However, Franciscan friars—brought to evangelize the indigenous population of Mexico—outlawed these drums as a way of discouraging the pagan rituals themselves. In their wake, the friars introduced string instruments.

However, by a quirk of fate destined to disrupt the sleep of millions, the sulfur needed to make gunpowder was found at the top of Mexico’s active volcano Popocatépetl. After this, gunpowder could be made on Mexican soil and soon firecrackers would come to replace the pagan drums in pagan rituals. As the centuries passed, these rituals would be replaced with Catholic festivities—and eventually nationalist celebrations—though by that time, fireworks were firmly entrenched in the cultural landscape of Mexico.

*For the fascinating and full history of how fireworks became a part of Mexico’s cultural landscape, click here.

Do not think that there is no opposition among Mexicans. The internet is full of articles condemning the practice of lighting off fireworks all day long—and these articles have their good points. It is not just a matter of traumatized dogs and sleeping babies, or the ear damage that it can cause, or the often-toxic trash that is produced—every year there are fires and accidents causing physical harm because of improper use of fireworks in Mexico. One 14-year-old girl even died recently when a paloma exploded too close to her chest.

In Mexico City, the government had to ban the sale, purchase, and distribution of fireworks and firecrackers. In the Civic Justice Law Code for the Federal District of Mexico, Article 8, states:

“Detonating or lighting rockets, fireworks, bonfires, or raising aerostats, without permission of the competent authority” is susceptible to an arrest of 25 – 36 hours or 21 – 30 days of minimum wage pay.

As we come to the end of our investigation into the question Why do Mexicans light fireworks all day long, we must inevitably realize that at the heart of this conflict is a class disparity. It is almost as if the conflict between the indigenous Aztecs and the Franciscan friars never disappeared.

“Many residents in the upper middle class neighborhoods of such Mexico City boroughs as Coyoacán, Benito Juárez, Álvaro Obregón and Miguel Hidalgo get all stirred up by the barrages of cohetes that go off each time there’s a fiesta in a church in these districts. This is particularly true where there are indigenous enclaves whose elderly inhabitants and their descendants preserve the tradition. The newcomers say they don’t support the tradition, complain they cannot sleep and claim it’s illegal to set off cohetes.

“Last weekend was an ordeal for them, since few fiestas are like that of the Holy Cross celebrated with a scenario comprised of a fireworks display. Moreover, [on International Worker’s Day] the noisy celebrations of construction workers at their work sites (which always involve cohetes y cuetes [a play on words: rockets and ‘loaded’ (drunk) men]), coincides with the religious festivals in many churches dedicated to devotion of the Holy Cross on May 3.

“In neighborhoods like Santa Cruz Atoyac, for example, the barrages begin the preceding night, go throughout the night into the pre-dawn hours, persist throughout the day and finish up the next day. The newcomers say, ‘What a horror!‘ Social networks are, of course, deluged with complaints.

“I must confess that I am addicted to pyrotechnics (not as a pyromaniac, mind you). I enjoy fireworks as few other things in life. It fascinates me to watch the night sky fill with bright, multicolored spangles. Sure, I love the now-computerized September 15 [Grito or Shout of Dolores at midnight before Independence Day, September 16] spectacular displays in the Zócalo, but I have a special fondness for — let’s call them —  ‘artesanal‘ pyrotechnics set off by means of traditional “castillos” [castles], the “toritos” [little bulls] and “bombas” [bombs] in small-town fiestas and in our urban neighborhoods that still hold onto that enchantment.

“An inevitable part of all this are the barrages of the loud cohetes that are a completely indispensable part of any popular celebration in our country. Without them, a celebration just wouldn’t be the same.

“In the neighborhood where I live, the feast of St. Lawrence the Martyr is celebrated each August 10 in the sixteenth century Franciscan chapel that still stands in the Saint’s namesake park. And I must say that it thrills me to hear the first battery of cohetes announcing the celebration, even if they do waken me at five o’clock in the morning.

“Be that as it may, everyone can put up many reasons for or against this practice, which is as traditional as the questions raised about it. Personally, it seems to me that the matter has an irretrievable class bias that was, I believe, summed up, perhaps unwittingly, by one Karen (surely she lives in a luxury condominium) on her Twitter account.

‘Unfortunately, we are mixed in with closed-minded pueblo (village) and neighborhood people. It’s all a matter of education.’