Maybe you’ve tried nopal cactus, and perhaps you loved it. Or perhaps, you couldn’t get around its unique texture, however, nopal might just be the food of the future. At least, that’s what the UN is claiming. This sustainable food is gaining attention in helping solve food insecurity. WeExpats explores the issue in this brief article.

What is Nopal Cactus?

The term nopal comes from the Nahuatl word nopalli which means “fruit of the earth”; stemming from the root for the word nostle—or a ceremonial headband. The paddle of the nopal is generally used for cooking savory cuisine, like tacos de nopal and nopal con huevos.

The prickly pear fruit—which in Spanish is called tuna—is surprisingly sweet and very affordable in Mexico. It is used in everything from soups, salads, and salsas, to bread, desserts, and drinks. History of the Nopal Cactus?

The nopal cactus is native to the Americas, where it has been a staple of the Native American diet since prehistory. It was one of the principal ingredients of the Aztec diet—and was recognized even then to be perhaps the most versatile and sustainable food.

Nopal paddles were boiled to create medicine which helped to alleviate fevers, and its pulp was used to help relieve diarrhea. Nopal cactus spines were used in fighting infection, and the prickly pear fruit was said to alleviate anger. Even its slime was used as a lip balm for chapped lips.

It is for this reason that nopal cactus was highly ritualized and sacred in Aztec culture. So much so that Tenochtitlan (or Mexico City today) was said to have been founded when an eagle with a snake in its mouth landed on a nopal cactus—an image that is found on every flag and coin in Mexico.

Nopal grows natively from Connecticut to Argentina. Its first arrival outside of the Americas was to Europe in the 1500s where it was introduced as a form of agricultural fencing, and in an attempt to make a nopal cactus dye.

In 1788, it was introduced to Australia via Brazil. Since then, it has been introduced to North Africa, the Iberian Peninsula, South Africa, Israel, and island chains such as Malta, Hawaii, and most of the Caribbean Islands. In most places, it is regarded as an invasive species.

However, most often, the nopal cactus is celebrated for its slimy texture in Mexican cuisine. Nopal is generally served in salads which are then used to adorn all manner of Mexican food. 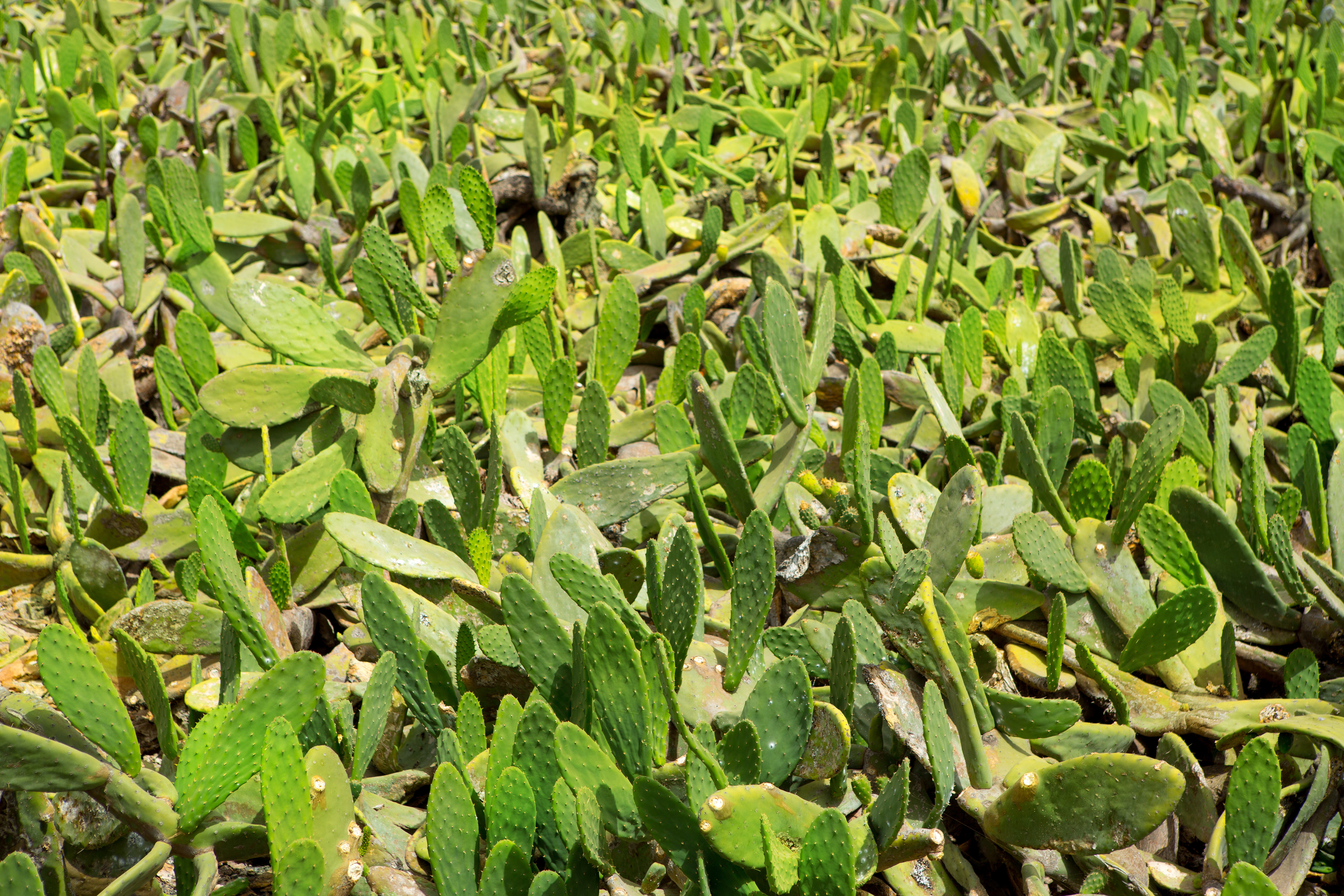 The UN Weighs In:

The Food and Agriculture Organization of the United Nations has recently stated that nopal cactus is an incredible source in the search for sustainable food. Because nopal cactus can thrive in arid climates, it is an invaluable source of food, water, and forage (which is defined as fodder for livestock).

Once rejected as an invasive plant in many parts of the world, the increased struggle with desertification and climate change have now pushed nopal cactus to the forefront of the fight against food insecurity. In fact, nopal cactus is being hailed by some as the sustainable food of the future.

For example, nopal cactus was recently reintroduced to Madagascar after their intense years-long drought and famine. Similarly, in the Tigray region of Ethiopia, over 350,000 hectares of land has been dedicated to farming nopal cactus because of its ability to thrive in poor soil conditions, little water, and hot temperatures. 24 other countries have followed suit—with more expected to hop on the bandwagon in the coming decades.

So Much More Than Sustainable Food:

The nopal cactus is so much more than just a sustainable food of the future. It also represents an invaluable storage method for water. The nopal cactus’ paddles can hold 180 tons of water per each hectare, which is crucial when sustaining yourself throughout periods of prolonged drought.

This is not only good for human beings. That same hectare of nopal can sustain 5 cows for an indefinite period. This is a sharp increase from other crops and farms with nopal cactus have noticed a stark decrease in livestock mortality during periods of drought.

Not only that but preliminary research suggests that feeding livestock nopal cactus helps to reduce the ruminants’ methanogenesis (livestock farts for those of you who were wondering) which could substantially decrease the carbon emissions by each cow.

In addition, nopal can replenish damaged soil as a soil-improving alley crop. In Tunisia for example, planting nopal among the Tunisian barley helped to increase their barley yield—all while generating a whole new crop for the farmer! For these reasons, nopal cactus is being hailed as a food of the future by climatologists and sustainable food experts around the world.

Lastly, nutritionists have noticed that nopal is a valuable sustainable food in combatting a myriad of diseases. It has been recommended as a dietary aid in reducing high blood cholesterol, treating hypoglycemia, reducing obesity, and stabilizing diabetes.

Nopal is so versatile that its slimy juice can even be added to earthen walls in an effort to make them more water-resistant. 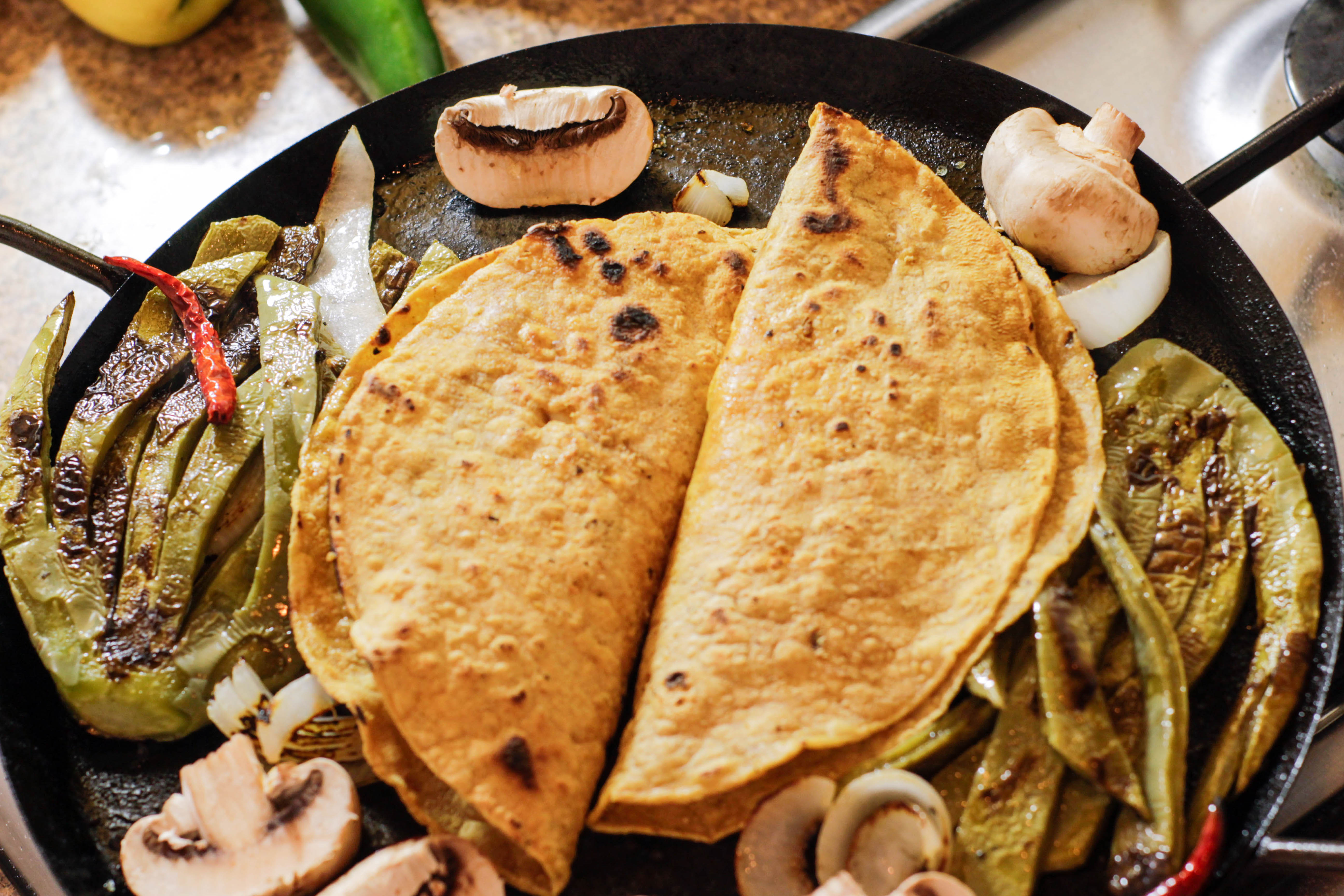 Nopal Cactus is the Sustainable Food of the future

Whether you love nopal cactus such as on tacos or as a side salad—or whether you can’t stand the texture and taste of this mucilaginous green—one thing is for certain: nopal is the sustainable food of the future.

As we battle food insecurity with a growing population, people are turning to nopal cactus which can yield around 20 tons of food per hectare—and in some rare cases where irrigation systems are introduced, this number can increase to 50 tons!

Furthermore, the sustainable food of the future will have to be drought resilient, and no food matches that description better than the nopal cactus. Its ability to replenish used soil and cultivate a healthy soil microbiome could provide heartier yields of all arid crops.

Lastly, nopal’s most important contribution to sustainability is its ability to hold water—both in its paddles and its fruit. As we are coming to realize that freshwater will be the “blue gold” of the future, we must inevitably begin to see how nopal will be indispensable in the coming ecological climate. In short, nopal—as a sustainable food—is here to stay.