Overstayed Your Visa in Mexico? – Here’s What You Can Do

I’ve been traveling through Mexico all my life—since the age of one and a half. Over the decades, I’ve experienced nearly everything that can happen concerning your visa in Mexico. And trust me, I know what it’s like to overstay your visa.

First, we’ll cover what you can expect if you overstayed your visa in Mexico, and then I can tell you what my personal experiences have been.

*For more information on what is an FMT (Also called an FMM), click here.

What is a Tourist Visa:

This article deals primarily with the FMT visa (also known as the FMM visa). In Spanish, it’s called the Forma Migratoria Multiple. This slip costs $23 USD, though that might change.

You will need an FMT visa if you’re crossing anywhere beyond the “border zone”. To refresh what the border zone is, click here.

You can expect it to rise in the near future (likely by 20%) because the cost is based on the minimum wage of the average Mexican citizen. For more information, click here.

If you fly into Mexico, then the cost is covered in the cost of your flight. However, if you are crossing the border by land or by sea, then you will have to pay on arrival in any port or border crossing.

What To Do If You Are Leaving By Airplane –

All of us at WeExpats recommend doing everything by the book. Therefore, it’s important to know what to do if you have overstayed your visa in Mexico.

If you’ve overstayed your visa, the price can vary—especially if you’re leaving from a smaller airport. However, the general rule of thumb is about $30 – $40 USD. If you overstay for years, the price will go up. However, legally the price cannot exceed $6,000 MXN (which is about $320 USD). We’ve heard stories of people trying though. . .

We recommend that you arrive early and just go to immigration before you check-in your flight and pay the fine.

*Mexperience reports that you cannot extend your travel visa, and that you must renew your visa. For more information, click here.

*USA Today reports that you can extend your travel visa in four easy steps. For more information, click here.

What To Do If You Are Leaving By Land or Sea –

The plain truth is that if you leave by land, the odds are that you will not have any issues leaving the country. Your FMT will likely not even be checked at the border.

However, immigration systems are computerized now. If you do come back into Mexico, they might not have a record of you ever having left. There will likely be some complications that arise from your never having been recorded as leaving. Therefore, once again, just go to immigration and pay the small fine.

If you continually overstay your visa, then you could have issues when trying to return to Mexico. They may deport you (especially considering which country you are from), and you may not be allowed back in the country for years. It’s better to have a clean record when you leave the country so that you have better chances to get back in next time. 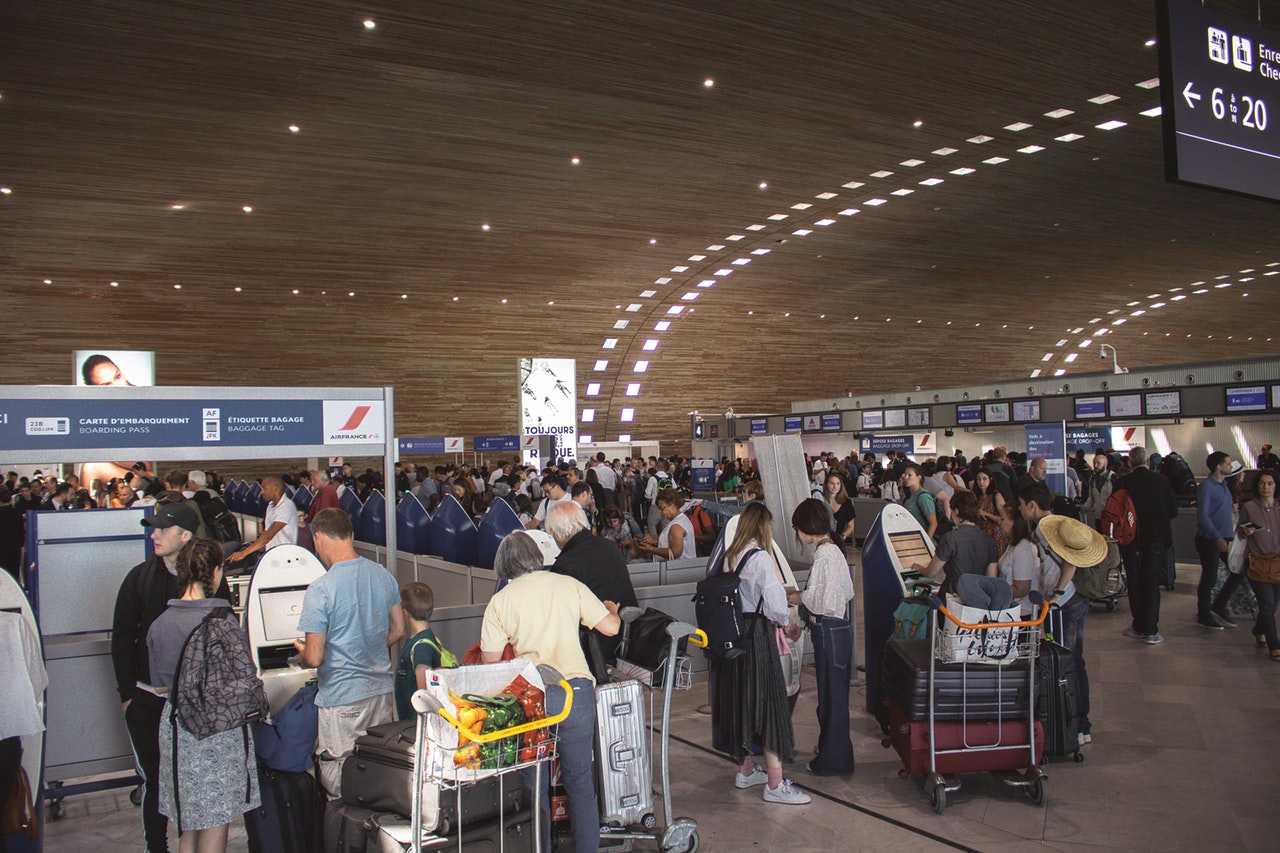 First, I want to preface that I do not recommend to anyone that they ever overstay their visa in Mexico. It’s a whole lot better to just go for a quick visa run than to have to deal with consequences after the fact. Plan ahead. Don’t make the mistakes that I made.

Now I am a Mexican citizen after having finally completed my Mexican passport process. Therefore, I feel—since it will never happen again—that I can recount to you the times that I overstayed my visa in Mexico.

The Time I Overstayed My Visa in Mexico By 9 Days –

In 2018, I overstayed my visa in Mexico by 9 days. The price of the flight was too good to pass up (heading to London) so I grabbed the late flight that flew from Mexico to Calgary on Westjet, and then Calgary to London. The receptionist either didn’t notice or she didn’t care about the 9 days.

The Time I Overstayed My Visa in Mexico By 5 Weeks –

I was flying from Cancun airport to Amsterdam in 2017 on KLM and I overstayed my visa by 5 weeks. As I was in line, I got to the counter and the man reviewed my date. He handed me back my visa paper and told me I had to go to the immigration office.

I landed in the immigration office and a stern man sitting behind a desk made a big deal of the affair. He calculated the days that I had overstayed on a calculator to make a large process of intimidation. I told him my father was sick and that I was caring for him (which was true) but nevertheless, I was given no leeway. The Riviera Maya is a stickler for bureaucracy unless you’re a Mayan local.

He told me I had to pay a $35 USD dollar fine—in Mexican pesos which comes out to $661 MXN. He held my passport and directed me to the nearest ATM just outside the door. I took out the money, paid the fine, and I was allowed to board the plane without issues.

The customs agent told me that my passport was flagged and that I would likely be stopped for an interview next time I crossed into the country, however that never happened. Overall, it was fairly inexpensive considering.

The Time I Forgot My FMT Visa Slip At Home –

One time in Mexico City airport in 2016, I had not overstayed my visa in Mexico, but I did happen to forget my visa slip at home. I remembered when I was in line and couldn’t find it. I was directed to the immigration office.

There I waited in line for about 20 – 30 minutes. When I got to the line, I told them that I had forgotten my FMT slip and I paid $500 MXN ($25 USD) and they made me buy a new one. Here’s where it applies to if you overstay your visa in Mexico:

They checked my passport stamp to make sure that I had been in Mexico under the allotted 6 months. In fact, I remember him looking through all the pages until he found it.

I’ve heard people say that they have never been stamped on their entry—well, I always am. I usually land in Mexico City. Maybe it has something to do with the airport. So if your plan is to say that you lost your FMT, then just be aware that they may check your entry stamp in your passport to see the last date.

The Time I Overstayed My FMT Visa By 2 Years –

In 2013, I left Los Angeles and moved to Playa del Carmen to begin my expat/nomad life abroad. That was nearly 7 years ago.

When I arrived at Cancun airport, my passport had been through the wash in Spain a few years prior and it didn’t scan anymore. The customs agent in Cancun only gave me 60 days—as opposed to the typical 180 days. Once again, Cancun is a stickler for bureaucracy.

I stayed in Playa del Carmen for almost two years, and then I flew to see my father in Mexico City. The domestic flight never checked my FMT.

After two months in Mexico City, I had just passed the two-year mark when I flew to London. I was waiting in line at Mexico City airport when an Aeromexico attendant took my FMT visa slip. He looked at it, then looked at it again really hard with a look of shock on his face. . . then he just grabbed it and moved on.

I definitely dodged a bullet that day.