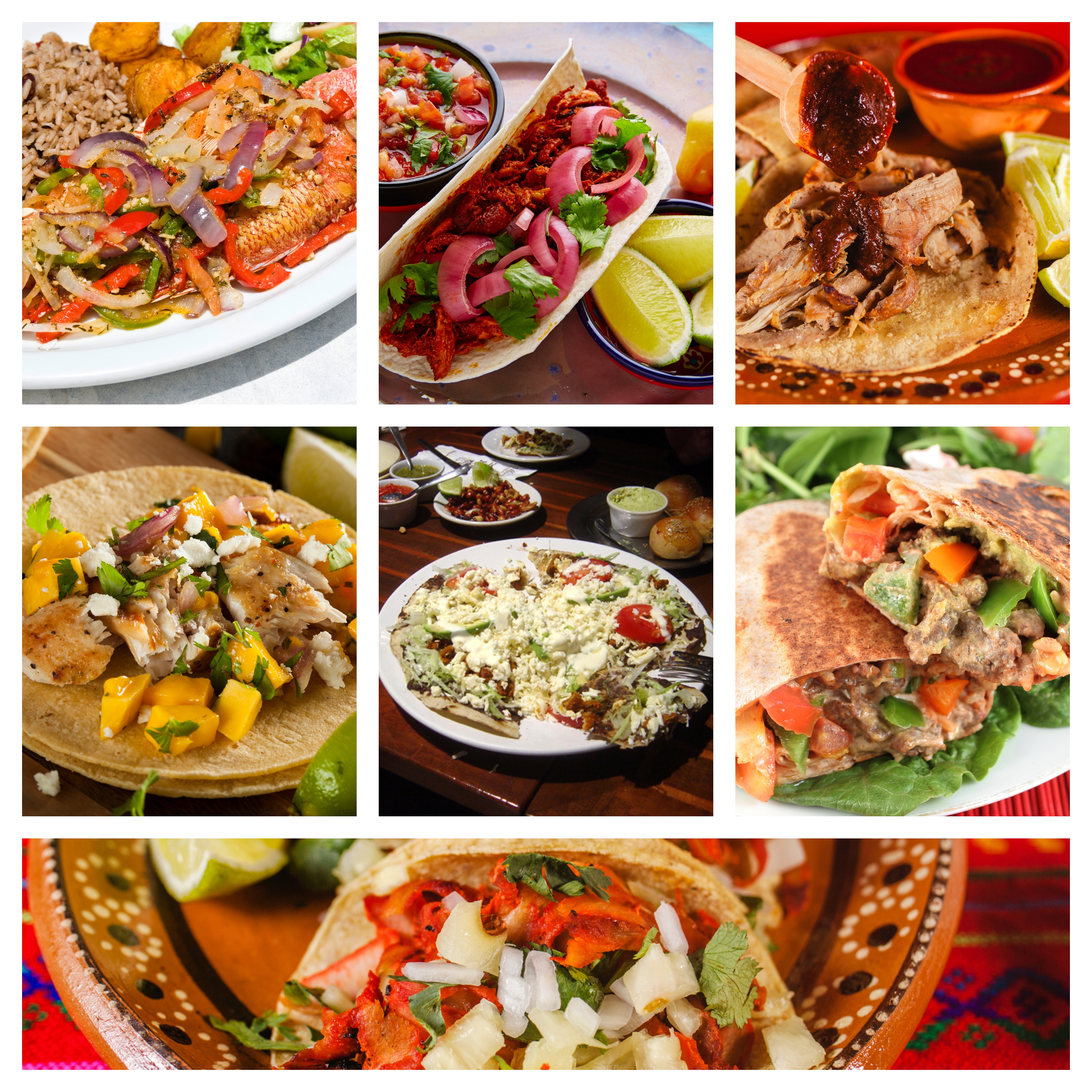 When it comes to Mexican food, there is such an astounding variety of dishes that it becomes difficult to make heads or tails of it. Therefore, all of us at Expat Insurance thought it might be helpful to write an article on the different regional cuisines of Mexico. Here, we’ll break Mexico into seven separate regions—each with its own distinct approach to Mexican cuisine.

In this guide, we’ll give a very brief overview of the culture and geography of all seven of those regions, and then we will cover some of the ingredients and dishes that each is famous for.

The Gulf of Mexico 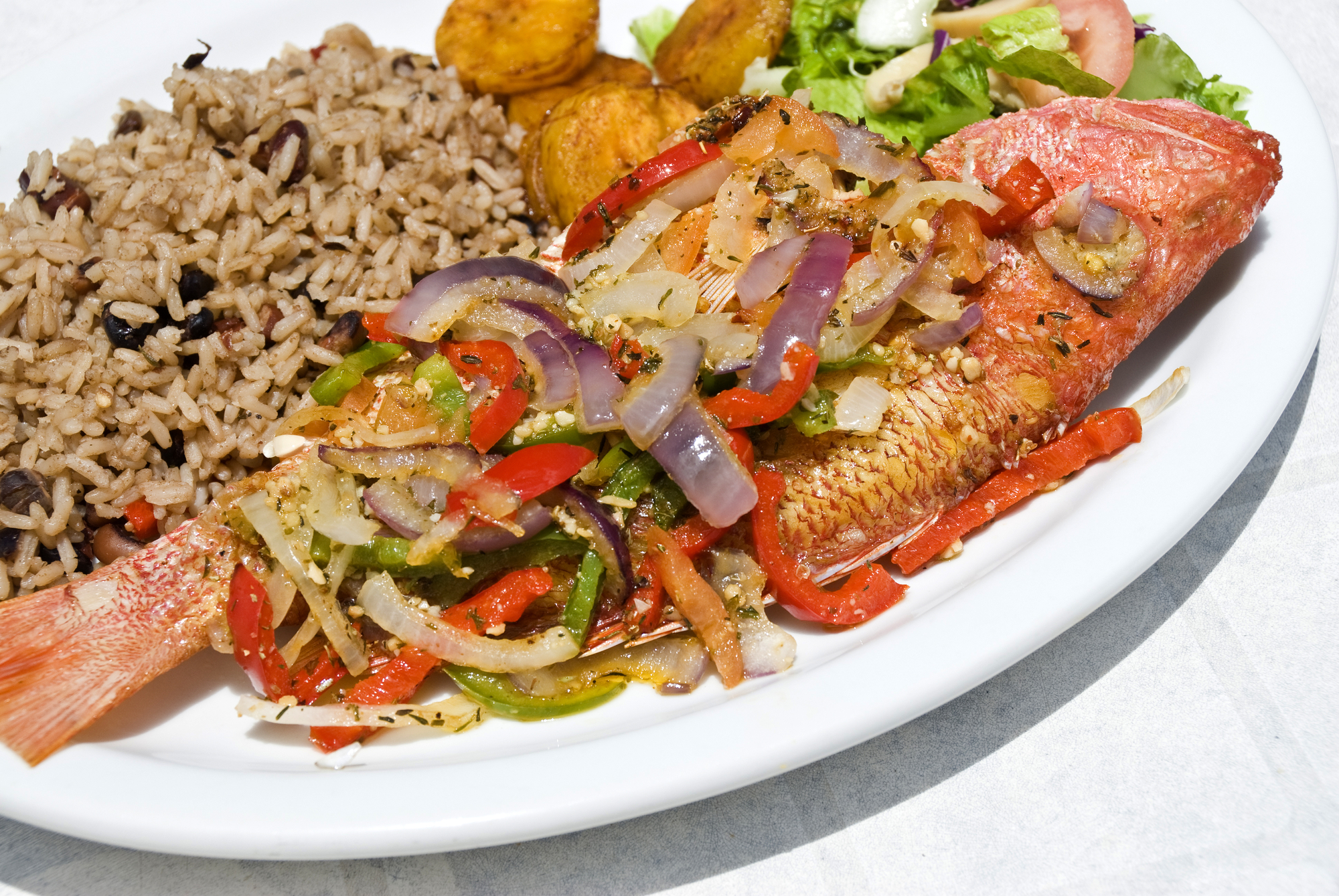 The Gulf of Mexico region is known for its rich history and cultural complexity. One of the first parts of Mexico to be colonized by the Spanish, the Gulf Region has a lot of Caribbean—and by extent Afro-Cuban—influence, making it akin to other Gulf cities such as New Orleans and Havana.

A blend of indigenous and Caribbean culinary traditions can be found in the Gulf of Mexico. Here, native ingredients like corn and vanilla are blended with European herbs like parsley, marjoram, thyme, and bay leaves.

Tropical fruits which were endemic to the region, like papaya, mamey, and zapote, were incorporated along with Afro-Cuban ingredients like peanuts, plantains, yucca, and sweet potato—creating a truly rich culinary tradition.

Furthermore, its seaside geography has made the regional cuisine predominantly seafood-based. Many dishes feature several types of crab and crayfish, as well as other types of mollusks, crustaceans, and fish.

One of this region’s best-known dishes is called huachinango a la veracruzana (Veracruz-style snapper). First, a red snapper fillet is wrapped in paper or foil, and then steamed with a multitude of ingredients like tomatoes, olives, capers, bell peppers, and bay leaves—imparting a delicate balance of flavors into the fillet. 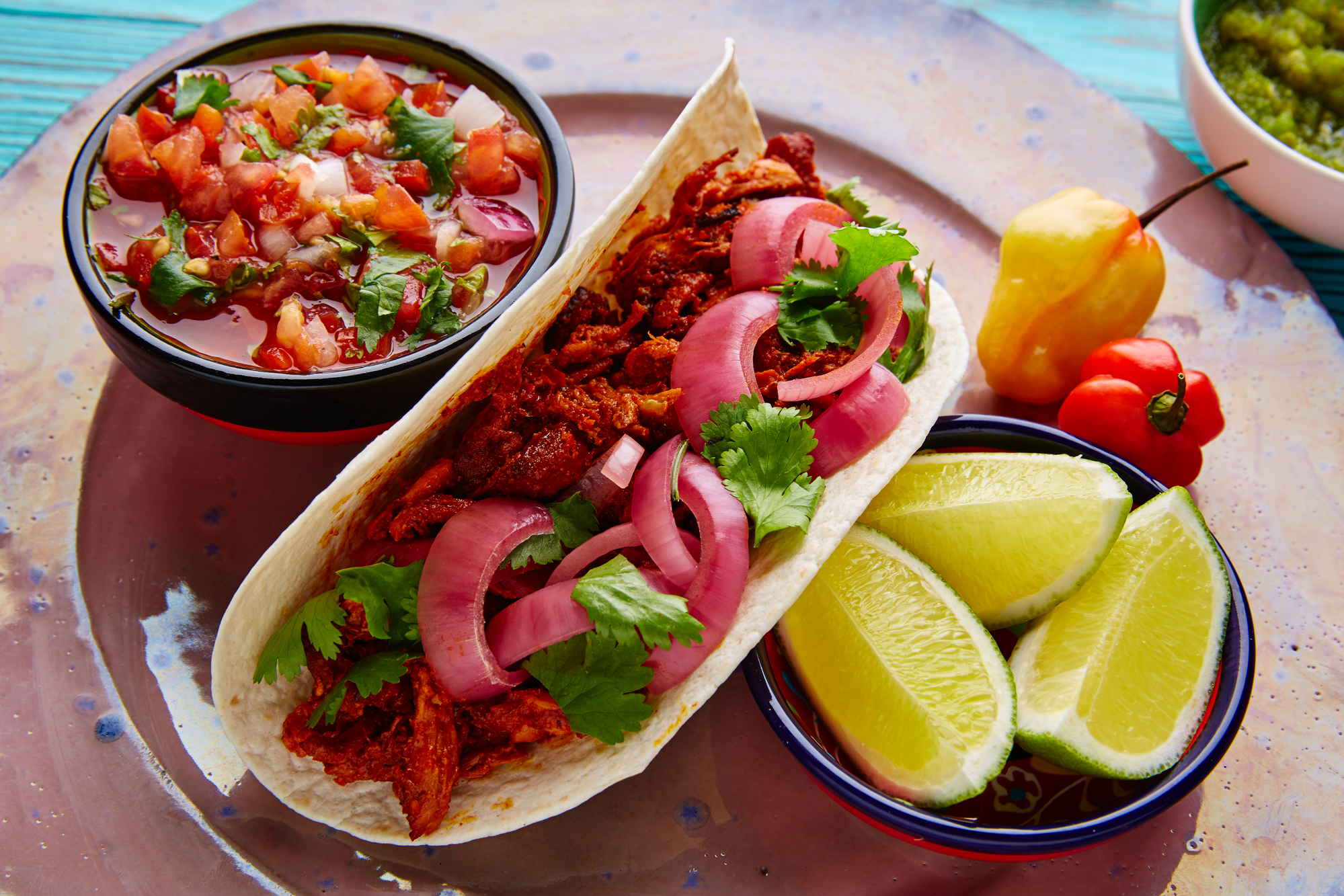 The Yucatan Peninsula is known for its distinct cuisine as well. With a bit of Caribbean influence—though not as much as the Gulf of Mexico—and influences from the European conquerors, the food in Yucatan is predominantly Mayan. In fact, in this region, the Mayan language is still spoken today.

The main staples of this regional cuisine are corn, seafood, and pork. Much of the food is spiced with a ground paste of annatto seeds called achiote. This gives many of the dishes a reddish color and peppery flavor.

Tropical fruits are often worked into the dishes of the Yucatan as well. Many distinctive fruits can be found in the Yucatan Peninsula, such as mamey, plums, tamarind, and chaya.

In addition, because the Yucatan Peninsula is surrounded by the Caribbean Sea, many dishes feature the local seafood, such as marlin and mero (a type of bottom feeder like catfish), and sea crustaceans like sea snails, shrimp, and lobster.

Lastly, one thing to be aware of is that the habanero pepper grows like weeds throughout this culinary region. The habanero is the spiciest pepper to grow naturally in the wild—though human cross-breeding has created far spicier peppers. (And yes, for those who struggle with Spanish pronunciation, unlike the jalapeño pepper, there is no “ñ” in the spelling of habanero.)

Perhaps the most famous dish found in this Mexican regional cuisine is cochinita pibil. Like the palapa (a structure of palm fronds found throughout Mexico), this style of cuisine was introduced to the Mayan civilization a thousand years ago by trade with Pacific Islanders.

Similar to Hawaiian kalua pua’a, cochinita pibil is pork in a special blend of spices that’s wrapped in banana leaves and then buried in a pit oven called a pib (which is the Mayan word for “buried”). The pork is slow-cooked for hours, usually overnight until soft and tender.

The South of Mexico 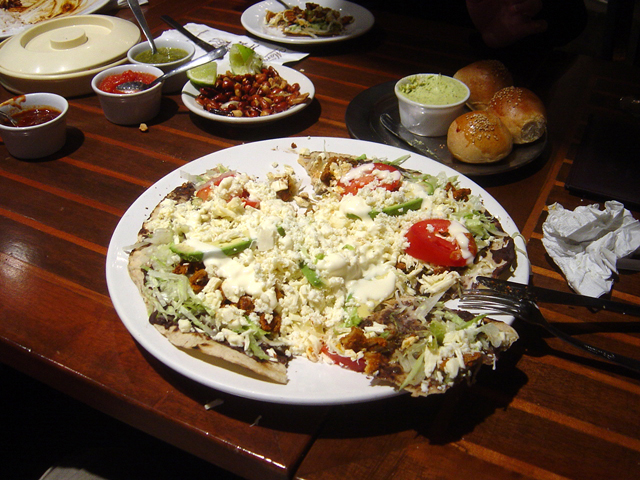 However, there are some traits that can be said of the whole of Southern Mexican cuisine. First off, it’s known for its mole sauce. This blending of dozens of different ingredients including chiles, herbs, grains, spices, nuts, sugar, and often raw chocolate makes a rich sauce that is often served over chicken or pork. A proper mole sauce can take days to make and even incorporate over 30 different ingredients in some cases to create a subtle, sumptuous flavor. There are many different types of mole sauces, and they are often differentiated by color. Red, green, and yellow are some of the best-known types of mole.

Another main ingredient found in this region is quesillo. Known as “queso Oaxaca” throughout the rest of Mexico, this cheese is like a stringy, salty mozzarella that melts at high temperatures, and is used as a base for many regional dishes.

One of the most famous dishes in the South of Mexico is the tlayuda. (Sometimes called a “clayuda”.) This is, for all intents and purposes, a type of Mexican pizza. A thin and very wide tortilla is toasted with beans, quesillo, and then topped with fresh vegetables like lettuce and tomato, and some form of protein—often chicken. 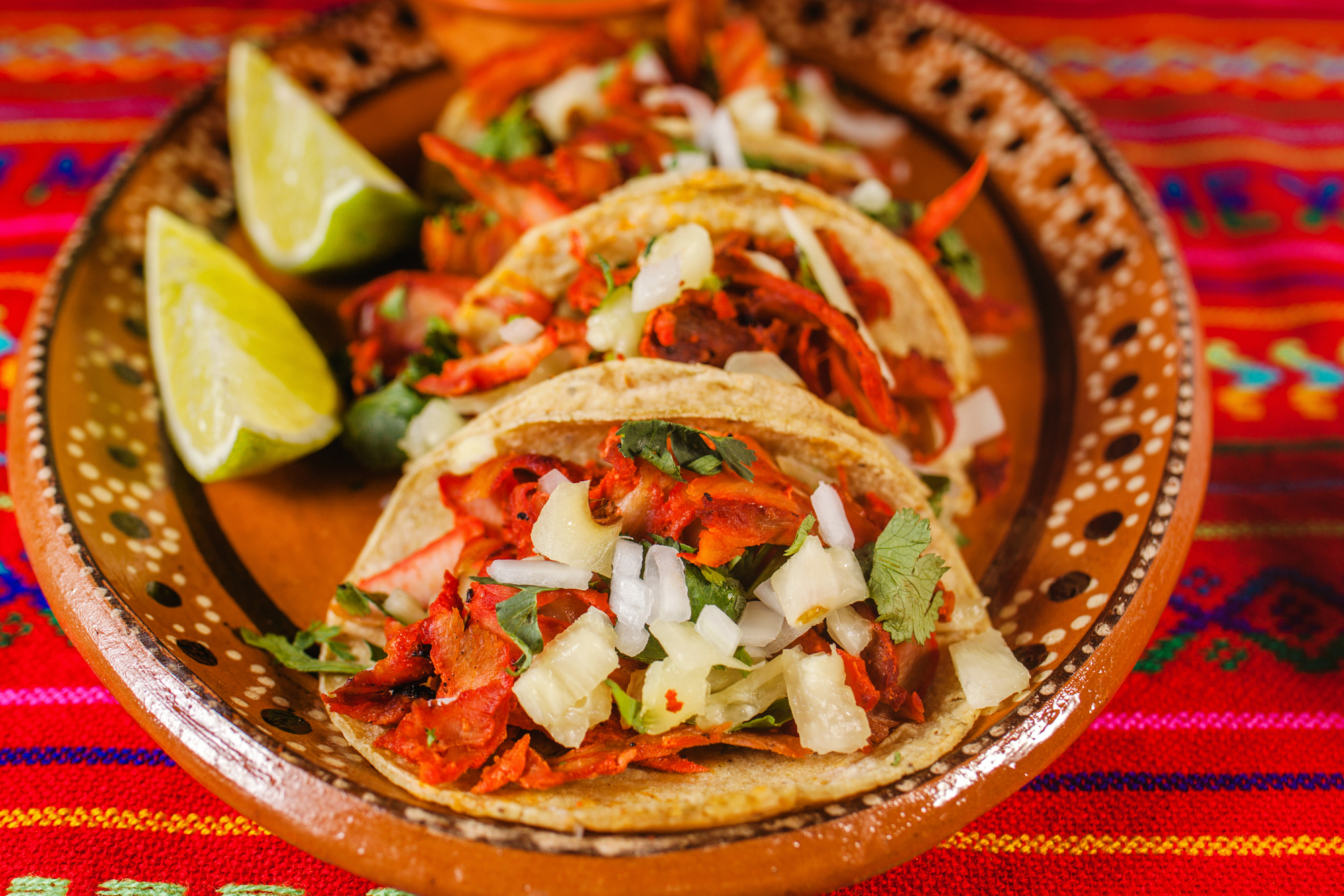 The staple generally involves some form of fried maseca—or corn dough—that is shaped in a variety of ways. And we’re not just talking about tortillas! Small pueblos often have their own way of frying corn dough. For example, in Tepoztlan they have what is called an itacate, which is a triangular, fried corn patty that is stuffed with ingredients.

Every state has its own specialty; Puebla makes an amazing mole, that is often served atop chicken; Morelos, the state where I live, is known for its cecina—a type of cured, salted beef; Guerrero makes pozole; Hidalgo is known for its barbacoa, a slow-cooked goat that is buried in an underground oven, covered with maguey (maguey is a catchall term for many different species of agave) leaves, and then cooked for several days. The maguey plants often impart a sweet, smoky flavor to the meat as it is cooking. The list goes on...

Another set of ingredients that typifies the cuisine of Central Mexico is their incorporation of insects and insect larvae in their daily diet. Escamoles—which is ant roe—and chapulines are both very common in Central Mexico, as are gusanos de maguey, or maguey worms, which is actually the larval stage of the moth that infests the agave plant.

If there was one dish that is particular to Central Mexico, it’s tacos al pastor. This type of taco was born from a direct influence of Lebanese immigrants to Mexico City, where cuts of pork are marinated and then set on a trompo—a type of standing rotisserie. The fat from the top layers drips onto the layers below it, creating very supple pork that is then sliced like a doner kebab and served with pineapple, onion, cilantro, and of course, salsa. 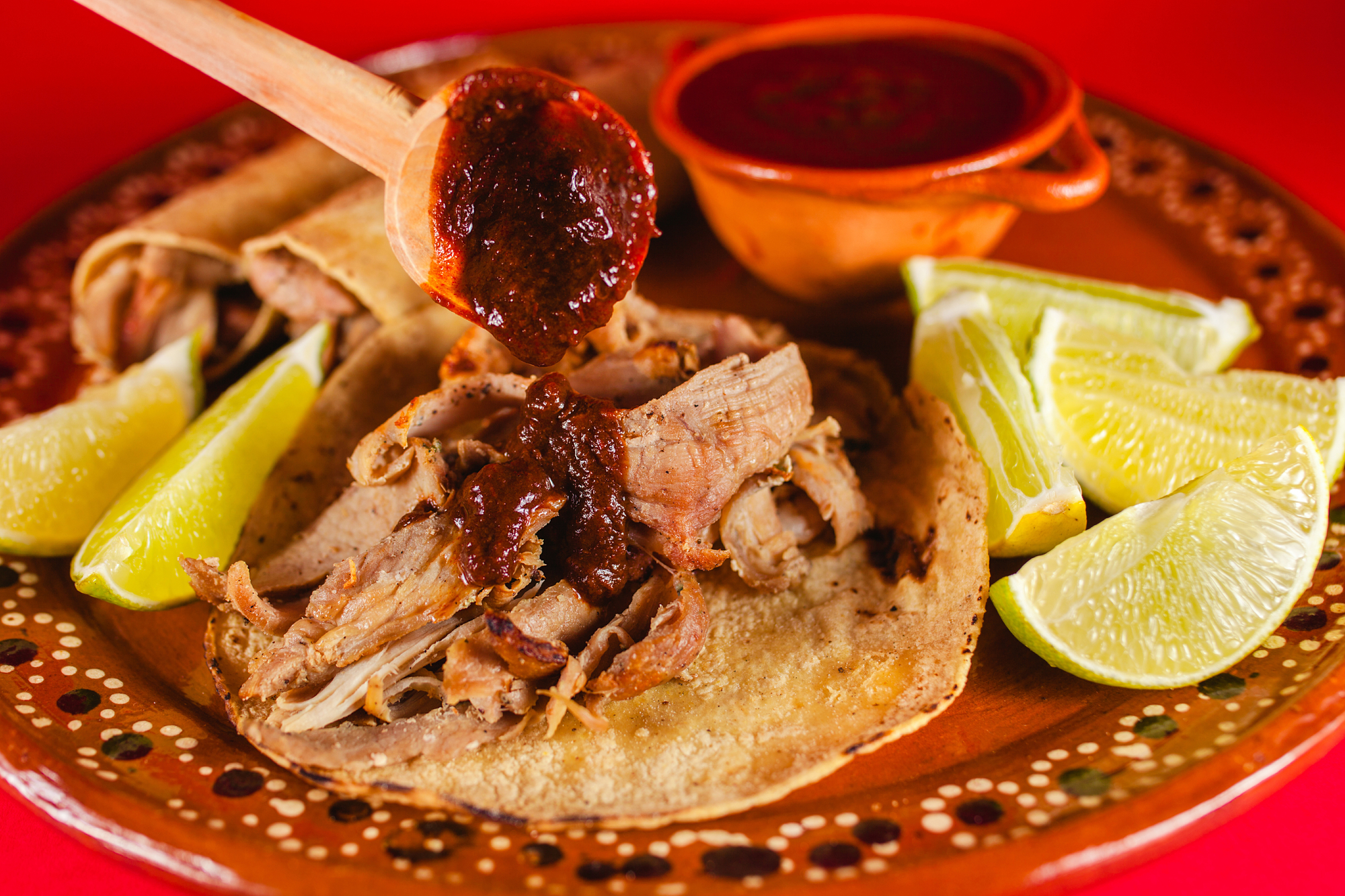 Geographically, El Bajio is a vast plateau that resembles the terrain of Central Spain. Thus, many Spanish settled there, imparting a very European vibe to the region. This can be seen in the multitude of stunning colonial cities which rival the beauty of anything found in Europe. (C’mon folks! Guanajuato City, for example, is gorgeous!)

For this reason, many Spanish staples such as pork and rice have a huge culinary influence on the cuisine of El Bajio. This can be seen in morisquesta—a type of rice and sausage dish that resembles paella or migas in Spain.

However, El Bajio has also left its own culinary mark on Mexico as a whole. One of the most famous innovations from this region was the creation of cajeta. Like its cousin dulce de leche, cajeta is a type of roasted milk caramel. But instead of using cow’s milk, cajeta is traditionally made with goat’s milk (though you can find some cajetas that are made with a combination of goat’s milk and cow’s milk).

That said, the most famous dish in the region is likely carnitas—coming from the state of Michoacan. Carnitas is a type of pork that is deep-fried in its own fat. The process is far more complex than I would be able to give credit in this article. For example, hand-shaped copper tubs are essential in making real carnitas. If you’ve never had carnitas tacos, you have to try them. 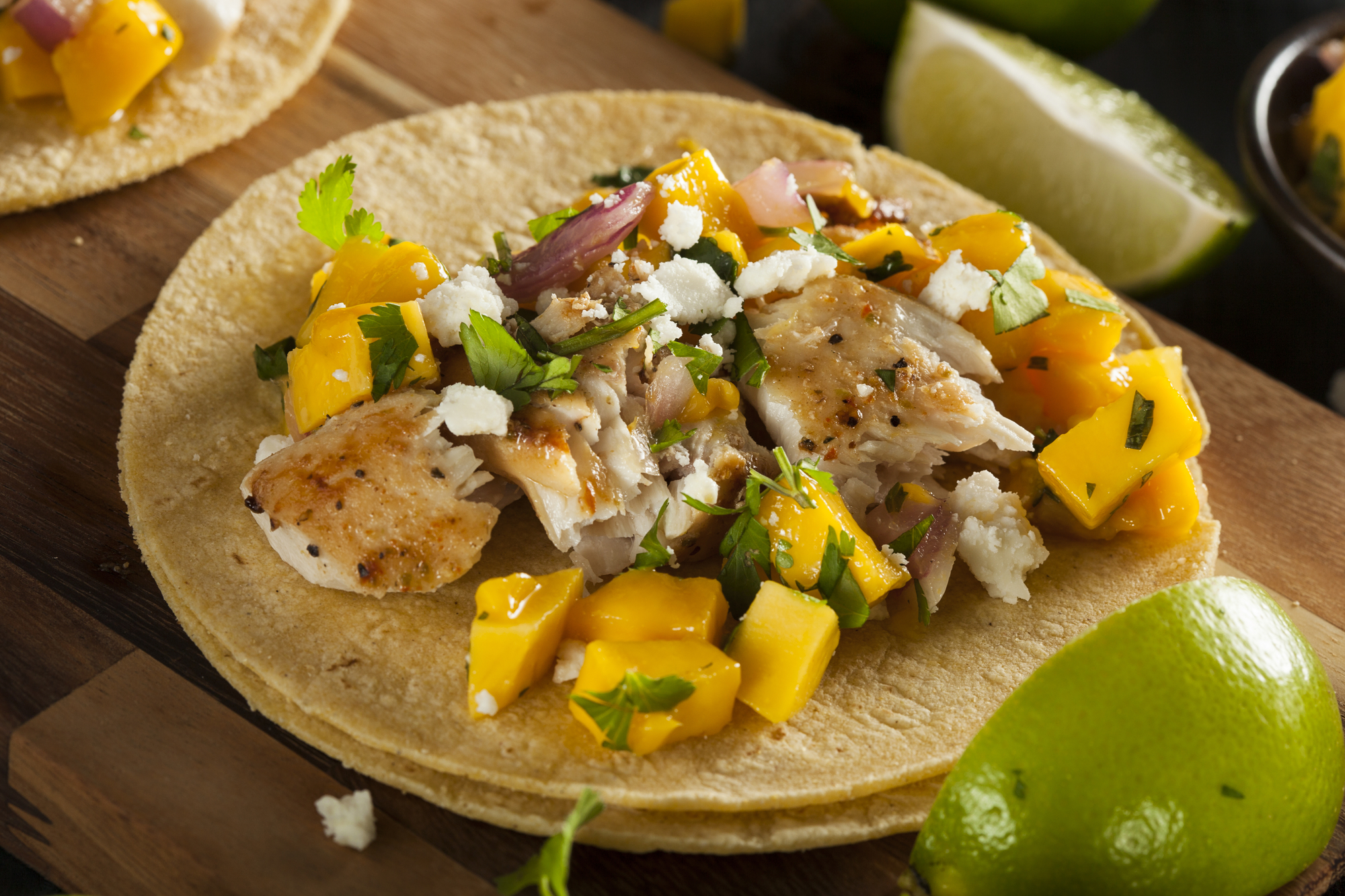 The Pacific Ocean, unsurprisingly, as its the largest body of water in the world, is home to some of the best seafood on the planet. It’s here that you can get staples like snapper, sea bass, tuna, and swordfish, while also getting more exotic fish fillets like porgy, amberjack, and sailfish. Also, octopus is imparted into Mexican cuisine from this region. Thus, the Pacific Coast is the king of ceviche—a type of raw fish dish that is cured in citrus juices and then mixed with fresh vegetables.

This Mexican regional cuisine is characterized by having a plethora of fresh, local ingredients, and perhaps it boasts the widest array of fruits, vegetables, cheeses, and chiles. It’s for this reason that the cuisine of Mexico's Pacific Coast has had such an enormous influence on the trendy, chic California cuisine scene.

However, if you venture slightly inland, you can find many quintessential Mexican dishes also come from this region. Many of which trace their origins to the Mexican state of Jalisco, where the city of Guadalajara is located. It’s here that you find such dishes as menudo, birria, tortas ahogadas, and arguably the most well-known of these: chilorio.

Thus, choosing one hallmark dish for this region is nearly impossible. For the sake of this article, I’ve nominated Baja-style fish tacos as the stand-out dish from the Pacific Coast. Here, strips of fresh fish are beer-battered and fried, and then served with a chunky salsa that can often contain fruit, as well as a slaw of some kind. 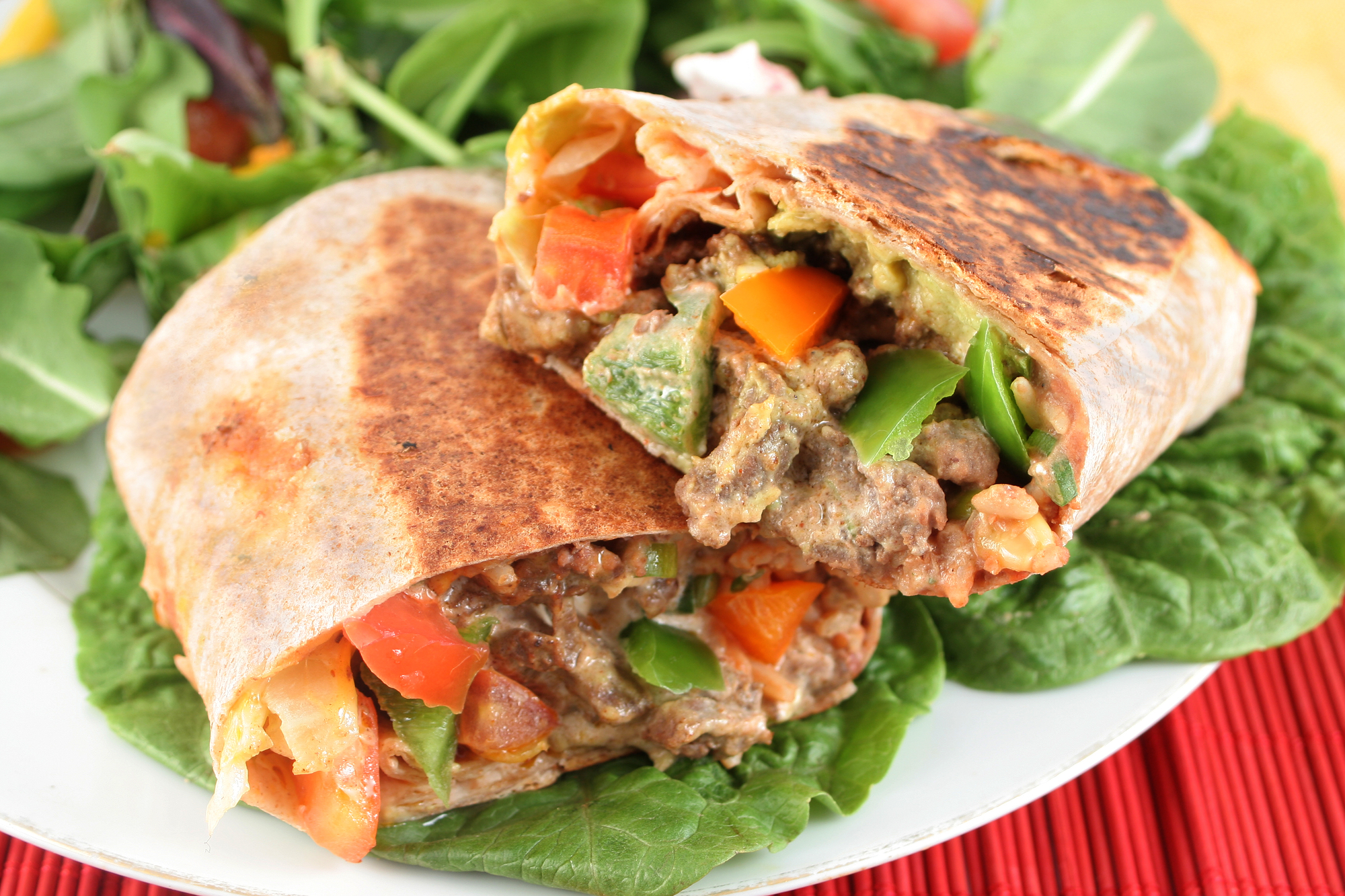 If you’ve ever had Mexican food abroad, chances are that it was Northern Mexican cuisine. Here, two ingredients reign supreme: flour and beef. Like the cowboys of the United States, the vaqueros of the North of Mexico lived on ranches and herded cattle. And it’s from these influences that we get famous dishes like carne asada and fajitas.

However, beef isn’t the only meat that can be found in this high desert region. Another well-known dish from the north of Mexico is cabrito en su sangre, which is a baby goat that is slow-cooked in its own seasoned blood. For the most part, the nomadic lifestyle of the vaqueros meant that cuts of meat were generally cooked over an open flame. Thus, the best grill masters in Mexico today are found in the North.

In addition, many European settlers came to this region in the 19th Century, seeking land and religious freedom like in the United States. Among these, Swiss and German immigrants brought with them accordions, polka, and dairy. Cheeses like chihuahua, menonita (from Mennonite settlers in Mexico), ranchero, and queso fresco are all native to Northern Mexico.

For this reason, we have chosen burritos as the typical dish of Northern Mexican cuisine. Specifically, arrachera burritos. An expensive cut of beef, arrachera is seasoned or marinated, grilled over an open flame then wrapped in a massive flour tortilla with fresh, roasted salsas, cheese, cream, and guacamole. You haven’t had a real Mexican burrito until you’ve tried one of these.

This article has just tried to be a helpful guide in understanding the different cuisines of Mexico, but it’s hardly complete. The best way to truly experience Mexican food is to travel Mexico. The varieties of dishes will astound you, as they tantalize your taste buds. And Expat Insurance is here to insure your trip, so you can focus on the food without having to worry about anything else.