Articles What Are Tamales?

They’re warm and delicious—perfect for a cold night. Some are sweet, others savory, but one thing is certain: all tamales are delicious.

If you just moved to Mexico (or any Central American country really), then you might be wondering what are tamales? You might find that the history of tamales is far richer than you would have previously imagined.

Tamales are one of the oldest forms of food preparation that is still eaten today. Historical evidence for tamales dates from somewhere between 10,000 BCE and 8,000 BCE. That’s not long after the ice age, right around the time that corn was first cultivated.

The prehistoric indigenous people of Mexico and Central America used to harvest teocintle or teosinte—which was the ancestor of the plant that we call corn today. The domestication of corn seems to coincide well with the earliest archaeological evidence for the production and consumption of tamales—roughly 7,000 BCE (or 9,000 years ago).

It is likely the most popular method of corn preparation because of a conspicuous absence of comal in Uaxactun, Tikal, and Mayapan. This indicates that the introduction of the comal to Central America was not until the Protohistoric Mayan period.

No comal means no tortilla. Thus, it follows that the tamal was the method of corn preparation in the ancient world simply by the ease with which tamales can be cooked.

A Mayan depiction of tamales featured in one of their codices.

The word “tamal” comes from the Nahuatl word tamalli, which literally means “wrapped”. That’s because tamales feature some form of corn dough and some form of filling that is wrapped in some form of a leaf—most often, it’s a corn husk or a banana leaf. Tamales can be either savory or sweet, and they can be vegetarian or filled with meat (literally anything that was edible, even some animals like flamingo, frog, sereque, and axolotl.

All Mexican and Central American civilizations shared a worship of maize (corn). A Mayan creation myth in the Popul Vuh states that the first attempt at creating humans was from mud, but they quickly dissolved. The second attempt was from wood, but they lacked a soul. The third attempt was the successful attempt—and we were all created from corn.

In that regard, tamales held an important role in sacred rituals and festivities for the Toltecs, Olmecs, Aztecs, Mayans, and other civilizations in the area.

For example, the Aztecs offered different tamales to different gods on their holidays:

Uses for Tamales in Mesoamerica –

Mesoamericans made tamales a staple in the region because of their portability and ease with which they can be heated. Warriors would often bring tamales with them on long trips, which helped to popularize them in other cultures. 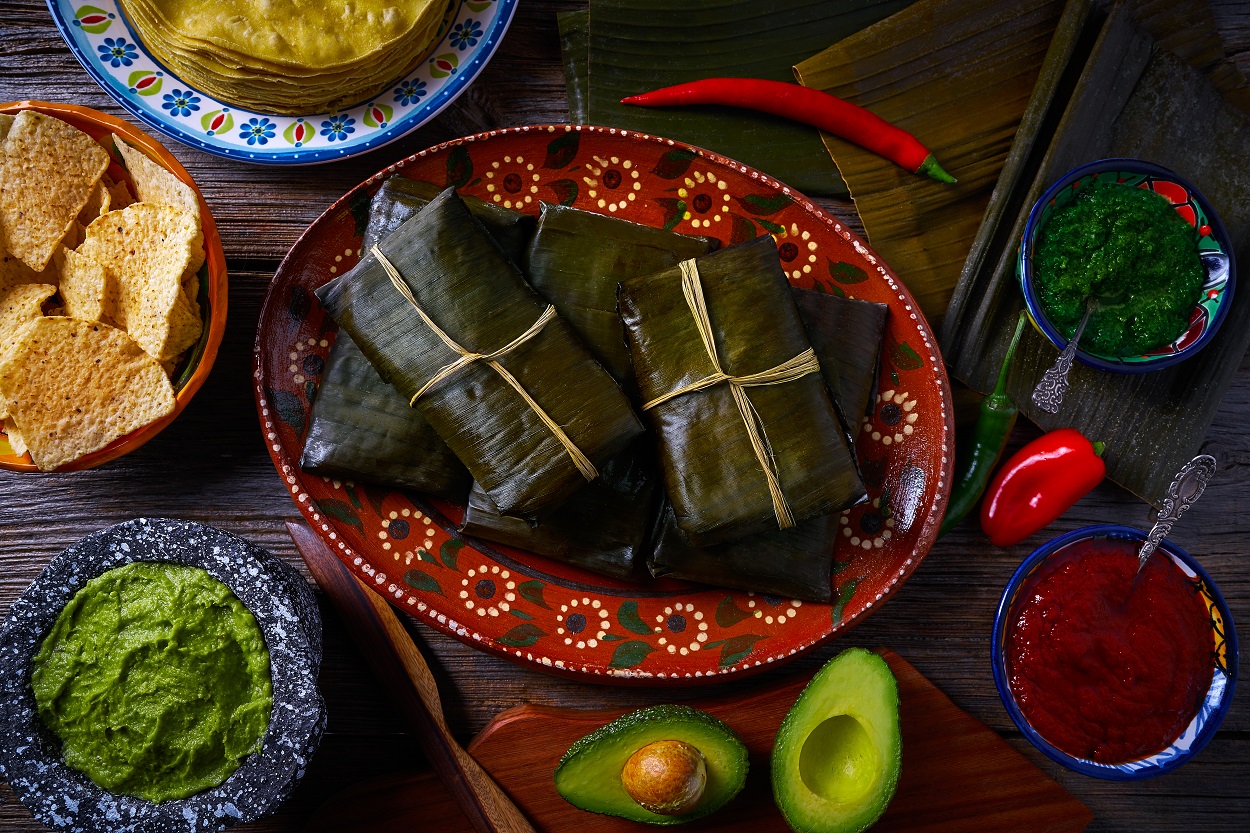 Tamales can also be wrapped in banana leaves.

After the Spanish Conquest, the ritualistic aspects of tamales easily transferred over to Catholic traditions—hence their importance during the Mexican holiday season today. No holiday holds more tradition with tamales than Candlemas.

The first written accounts of tamales come from Bernardino de Sahagún in his written account of Mexico in the first decade after the Spanish Conquest. He wrote:

They also ate tamales in many ways; some of them are white and like a pellet, not entirely round or square … Other tamales they ate are red. . .

During the Colonial period, the Spanish began to add fat to the corn dough. This advent gave us tamales as they are today. Though originally this fat was almost always lard, today tamales can also be made with vegetable oil, vegetable shortening, and/or baking powder.

During the 19th Century (in the times of Maximilian I and [Porfirio Diaz](https://weexpats.com/people-mexican-history-porfirio-diaz/until the 20th Century )), tamales were seen as peasant food that was generally looked down upon by the wealthy upper class. It was not until the 20th Century that tamales began to receive their own notoriety as a culinary delight. 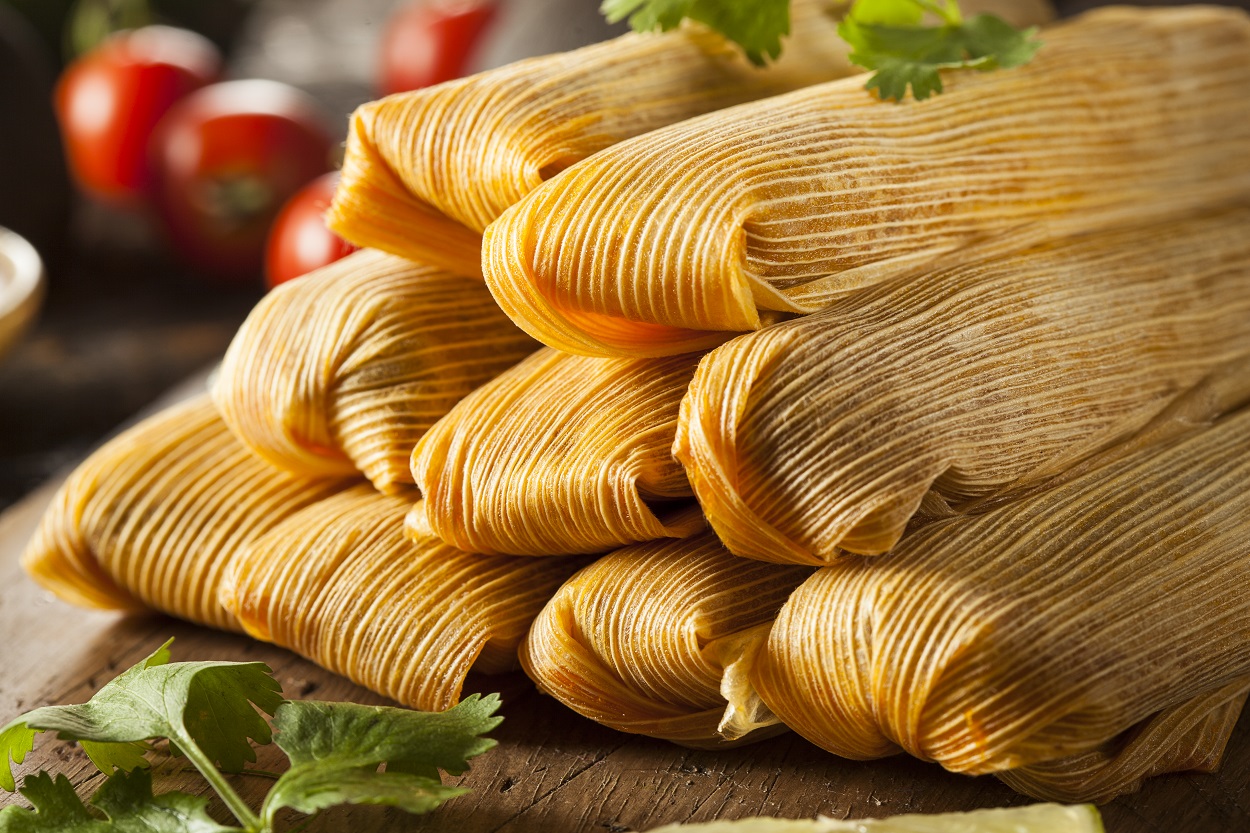 Tamales today are often made with chili flakes or spices mixed in with the corn dough. Today, tamales can be filled with anything, like cheese, rajas, and moles. There can be sweet tamales filled with fruits, honey, and even cajeta.

Tamales are now made with powdered masa which is a type of ground and dehydrated corn dough. Street vendors or tamaleros often sell tamales early in the morning and late at night seeing as how they are generally a comfort food during colder weather. Tamales are usually enjoyed with a nice atole.

They are known by many names throughout Mexico and around the world. Here is a list of a few of these names:

Whether you are interested in a savory meal to get you through a cold winter morning, or you would rather have a sweet dessert after a long day—there’s a tamal for you. Tamales come in all sizes and can be found on any street corner in Mexico. Don’t miss out on trying out all types of tamales Mexico has to offer.