The Hunt for the Mexican Hangover Cure

Articles The Hunt for the Mexican Hangover Cure

It’s no surprise that in a country with spirits like tequila and mezcal flowing from every pore, Mexicans truly have a handle on how to cure the dreaded hangover that comes the next day.

I reached out to my friends and family from all over Mexico—both expats and nationals—in my hunt for the perfect Mexican hangover cure. The answers varied wildly. I was, however, able to group them into a series of categories that I offer here as suggestions for how to cure your hangover in Mexico. So now you can get on with your day!

If we missed a surefire cure for the Mexican hangover, please let us know! Click here to join in our Facebook discussion. We’d love to hear your time-tested remedy. 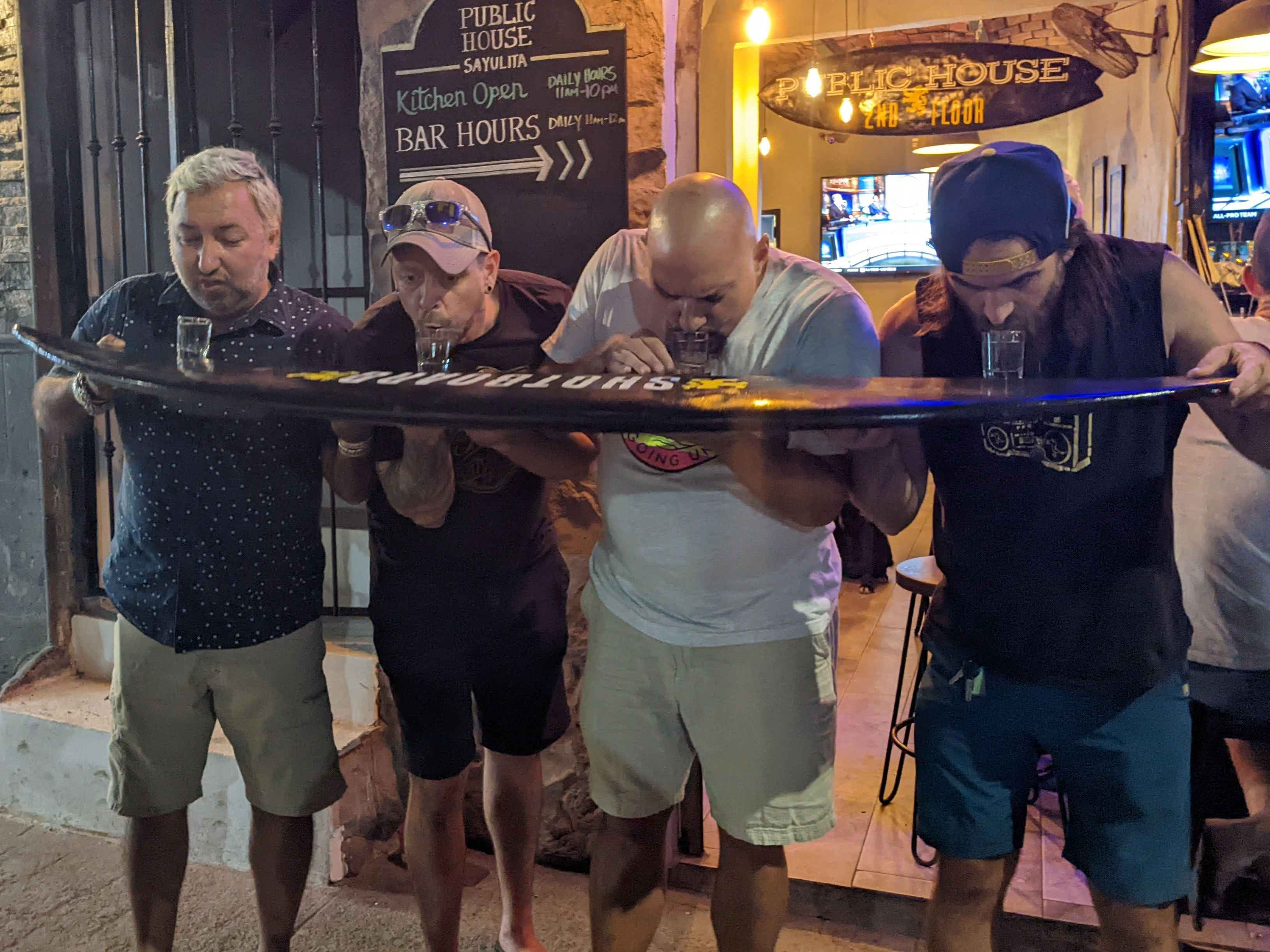 Some responses I got were of a preventative nature. A few recommended drinking a ton of water before they went to bed that night. One friend of mine said that his cure for the Mexican hangover was to take an Alka-Seltzer and aspirin before he went to bed.

You know what they say: an ounce of prevention is worth a pound of cure. 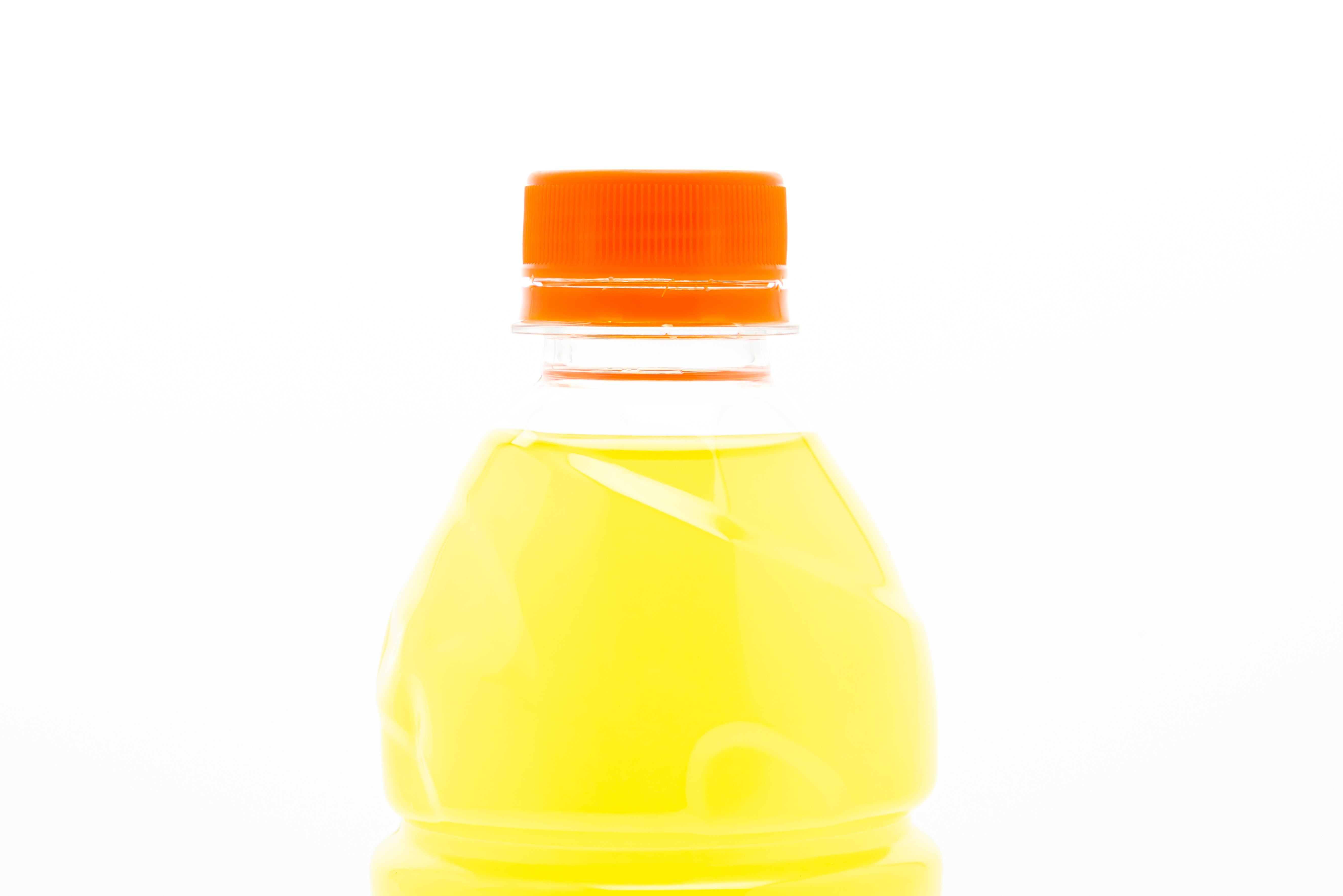 The Spanish word suero literally translates to serum, but in this case, “solution” is a better translation. For example, suero is what you call an IV solution. In this context though, suero means an electrolyte or sports drink.

There are several electrolyte drinks sold at pharmacies and convenience stores throughout Mexico; Gatorade and Electrolit are likely the brands that are most readily available. That said, many of the Mexicans I polled for this article recommend the berry-flavored SueroX. (Allegedly, the mint is also good).

Personally, I tend to go with peach-flavored Pedialyte (durazno in Spanish, and yes Pedialyte is marketed for children), but, as Paul Simon said, “Who am I to blow against the wind?”

Perhaps as popular as sueros, coffee seems to be another absolute necessity. Many of the hangover cures required coffee in addition to electrolyte solutions and food remedies. Personally, I don’t drink coffee, but I do recognize its value as a hangover remedy.

Another fix for the dreaded Mexican hangover is to drink a soda. A cold Coca-Cola seems to be a common go-to remedy. Also, drinking mineral water that has been prepared as if it was an alcoholic beverage (with lime rind in a fancy glass, say) is a standard for some Mexican hangover cures.

I have one friend who swears by a Sprite mixed with lemon juice (specifically lemon, not lime), a dash of salt, and the popular Mexican seasoning Tajín, a blend of mild chilies and lime. In fact, this friend doesn’t need anything else. No food, just a Sprite preparado. 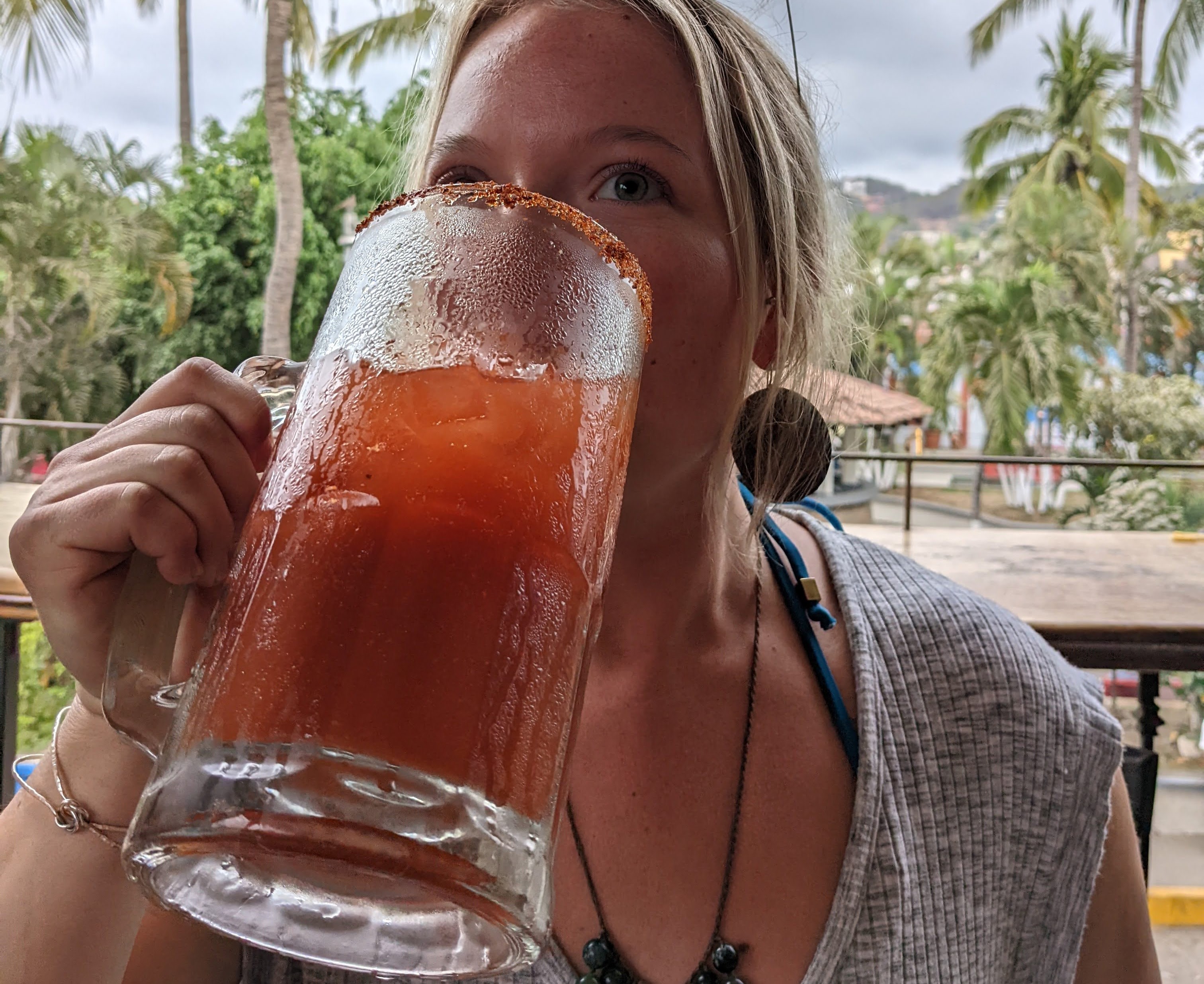 This can get complicated because terms like chelada, michelada, and cielo rojo mean different things in different parts of Mexico. In the north, * have clamato in them, whereas in the south, the term usually refers to just lime juice and “salsas” (which in this context means a combination of Jugo Maggi, Worcestershire sauce, Tabasco sauce, and/or others).

This can get complicated because terms like chelada, michelada, and cielo rojo mean different things in different parts of Mexico. In the north, cheladas have Clamat in them, whereas in the south, the term usually refers to just lime juice and “salsas” (which in this context means a combination of Jugo Maggi, Worcestershire sauce, Tabasco sauce, and/or others).

Either way, depending on your preference, a beer with lemon juice and mixers seems to be a staple in curing the Mexican hangover.

I can personally vouch for this hangover remedy for those mornings you wake up on death's doorstep in Mexico. I will usually have a “bloody beer” when I’m hungover. I like mine without mixers, just Clamato, lime juice, and salt around the rim. One beer often ends up being two drinks, so it’s not too much alcohol—just enough to take the edge off.

Known by many names, they can be called “micheladas” in the north of Mexico, ojo rojo (which means “red eye”) or cielo rojo (meaning “red sky”) in the center, and often just “con clamato” in the south. It’s basically a bloody Mary, but with beer; whether to add Mexican vodka (teqyuila), and how much, is entirely up to the drinker.

Introduction to Foods as Hangover Cures

So far in this article, we’ve covered drinks as cures to the Mexican hangover, but believe me when I say that the responses I got were overwhelmingly based on food.

Surprisingly, there was a fair amount of consensus among the foods that are said to be part of their perfect hangover cures. We’ll break these up into three sections: caldos, greasy foods, and spicy foods.

But before we do, I’d like to discuss the food that was featured by an overwhelming majority of responses that I received, the most popular of all Mexican hangover meals: chilaquiles.

Whether you like them crunchy or soft, these fried tortilla chips served in salsa are a staple in curing the Mexican hangover. They can be spicy or mild, they can be laden with toppings like salsa mexicana (aka pico de gallo), beans, cheese, guacamole, cream, eggs, and a wide array of meats.

Chilaquiles, rojo or verde, it matters little, are my go-to Mexican hangover meal. I can’t recommend them highly enough.

Caldo means “broth” in Spanish. And broths are surely a part of hangover cures throughout Mexico. (I have several friends in the state of Guerrero that swear by pozole as their surefire way to cure a hangover in Mexico.)

That said, in this context, caldo refers specifically to the broth leftover after the slow cooking process when cooking barbacoa. This process involves burying a goat or sheep in an underground pit covered with agave leaves. Any barbacoa restaurant will sell the caldo that collects at the bottom along with the meat.

Birria is a bit more versatile. Birria refers to goat, lamb, sheep, or even beef that is slow-cooked in a pot—not in a pit underground like barbacoa—and served in a savory stew with warm tortillas for dipping.

Of the most popular responses that I received in my hunt for the Mexican hangover cure were caldo from barbacoa and birria. 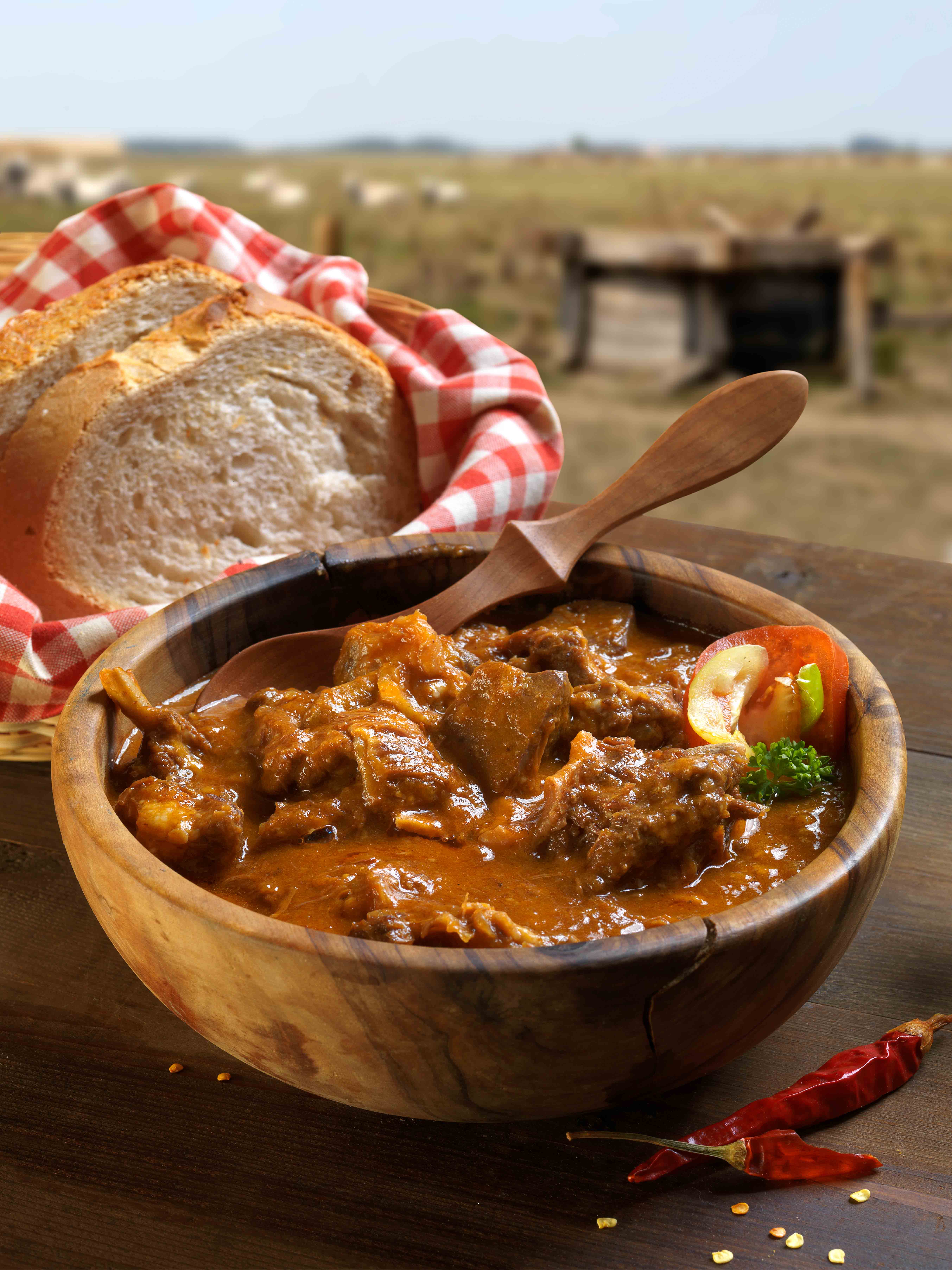 Of course, this leads us naturally into greasy foods. The theory is that the grease in the meal coats the irritated stomach lining from drinking the night before. This helps to ease one’s nausea, and thus settles the stomach. (The jury is still out on this particular charge.)

An equal number of people recommended eating tacos made from barbacoa or birria. Carnitas tacos are another popular recommendation for curing the Mexican hangover. Of course, we mustn’t forget quesadillas as a hangover staple.

One friend swears by quesibirrias. These are basically quesadillas where the broth from the birria fried on the same comal has stained the cheese red. For this reason, quesibirrias are also called “red tacos”. They originate in Tijuana, and their proximity to the US border means that they are popular in parts of the United States and throughout northern Mexico.

Lastly, many responses that I received in my hunt for the Mexican hangover cure centered around spicy food. The theory is that it helps you sweat out the alcohol from the night before.

From my experience, I tend to side with the greasy food theory that it’s better to pamper the irritated stomach lining rather than compound the irritation with chili peppers. Nevertheless, the strong response that I got for spicy foods made this section impossible to ignore.

Though any of the aforementioned dishes can be made spicy with some well-placed drops of salsa or fresh chili peppers, one dish stood out—especially from my friends along the coasts: aguachile.

Aguachile comes from the Mexican state of Sinaloa on the Sea of Cortez, and it’s traditionally made with raw shrimp cured in lime juice like a ceviche. The shrimp is served in a molcajete with a salsa that is so spicy, I firmly believe the dish must have been founded on a dare.

Raw chilies are mixed with the spiciest salsas available until a radioactive substance is created, with bits of fresh cilantro, garlic, and lime juice to give the impression that this dish is actually palatable—let alone edible.

For those who don’t like raw shrimp, another recommendation I received was for ceviche with tons of habanero in it, in effect creating an aguachile with fish rather than shrimp. 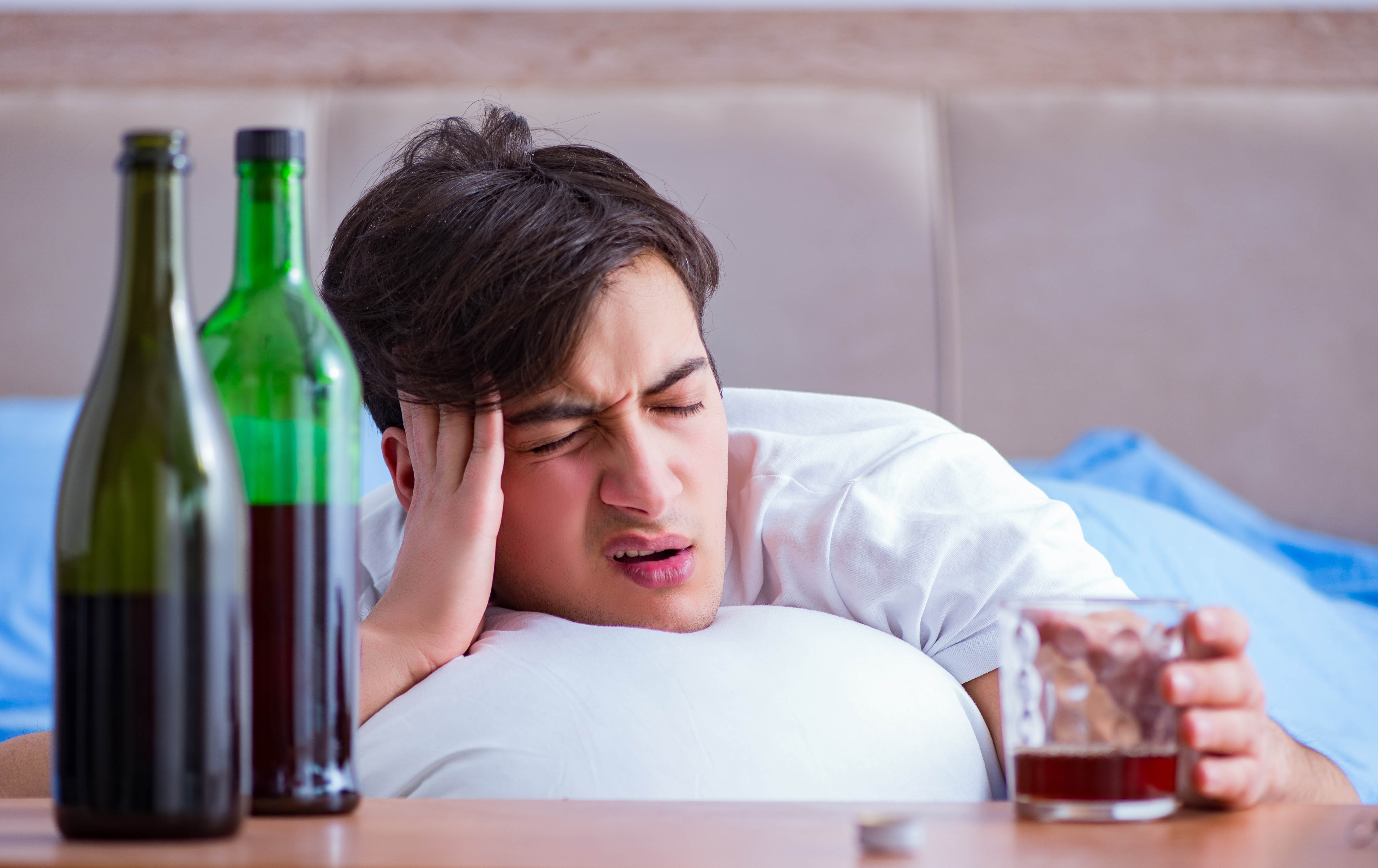 Overall, though the folk remedies for the Mexican hangover cures differed, one thing everyone agreed on was rest. Take plenty of fluids, maybe a Tylenol, and give your body a chance to recover.

Hangovers are a price we pay for the wonderful experiences we so often have in Mexico, spending time with our friends and family over a bottle of wine, tequila, pox, sotol, raicilla, or mezcal. In the end, we can only hope the hangover was worth it.