Why There Are Kiosks in Most Mexican Historical Centers

Any expat in Mexico can tell you of the popularity of kiosks in many city’s historical centers. Even quaint pueblos seem to have their own gazebos, and to this day, Mexicans seem to take great pride in their kiosks. They are a focal point for locals to gather and talk—and many events, from weddings to protests, take place at their local kiosks.

In this article, Expat Insurance looks into the history of these architectural marvels—namely, why they are so popular—with a particular focus on the most-famous of all these gazebos: the Kiosko Morisco in Mexico City. 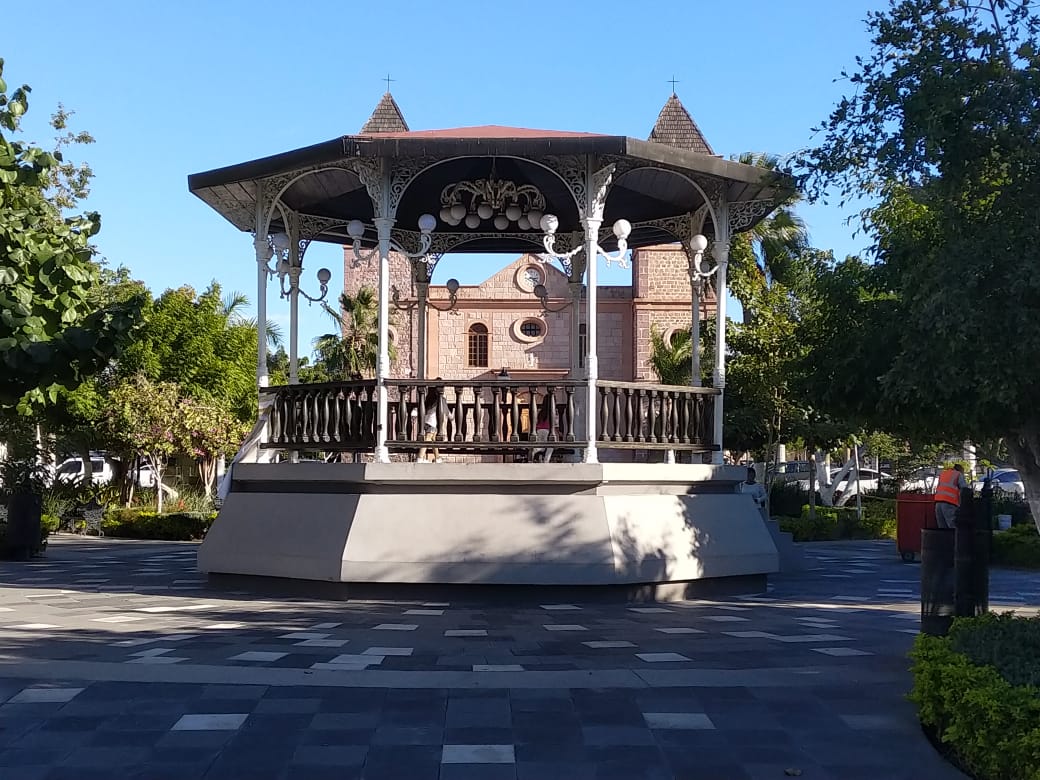 What Is A Kiosk?

In 1717, Lady Wortley Montagu—the wife of the English ambassador to Istanbul—described a kiosk as a platform “raised by 9 or 10 steps, and enclosed with gilded lattices”. This definition seems to still hold true today.

Most kiosks are open-air structures denoting a raised platform enclosed by a simple hand-railing, and then covered with a roof to provide shade for the platform. This broad definition allows for a great variety of architectural styles—and Mexico’s kiosks reflect this diversity.

Some are in flowery European styles, others are traditional colonial styles—and one in particular, the Kiosko Morisco in Mexico City is of a completely different style to any others found in Mexico. For example, the gazebo in Cuernavaca—where this article is currently being written—was designed by French architect Gustave Eiffel (famous for the Eiffel Tower), and constructed in Paris, and then assembled here in Mexico. 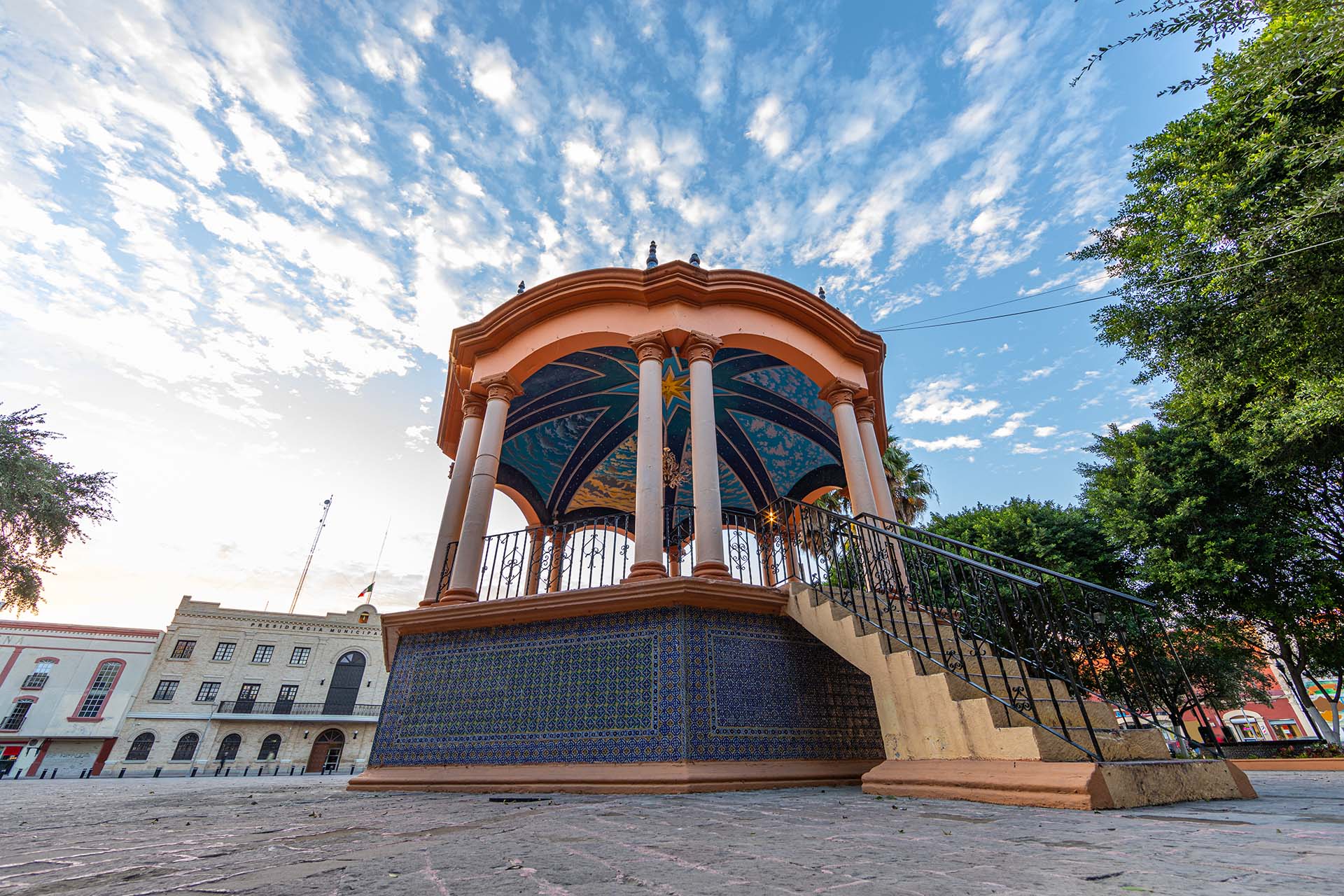 The History of the Kiosk

Kiosks are originally a Turkish invention. In fact the word “kiosk” comes to us from the Turkish word köşk, meaning “pavilion”, which itself is derived from the Persian word kōšk. In Spanish, they can be spelled as “kiosco” and “quiosco”.

First constructed in the 13th century by the Seljuks, these early kiosks were an attachment to the local mosque, which served as a gathering place for locals to congregate—especially during the summer months. Over time, the kiosk gained in opulence, and was typified by being surrounded by a garden expanse.

The kiosk spread throughout the Islamic world—gaining popularity in Persia, the Middle East, the Ottoman Empire, and eventually, Europe. European monarchs became enamored with the structures and the popularity of kiosks around the world exploded around the 17th and 18th centuries.

It’s no surprise that they would be found in Mexico, seeing as how they became popular in Europe during the colonial period. As Mexico’s towns and cities were being founded, kiosks were constructed in the town centers—what is known today as the centro histórico.

Their popularity would never wane. As the centuries passed, and more cities were founded, every new settlement would construct its own kiosk as a way to legitimize itself as a Mexican town. However, the architectural styles would evolve, reflecting the latest trends of the times.

History of the Kiosko Morisco in Mexico City

Perhaps the most famous kiosk in Mexico is the Kiosko Morisco in Mexico City. This gazebo is relatively new, when compared to some of the other kiosks throughout Mexico, having been constructed in 1884 by Mexican architect, José Ramón Ibarrola.

Ibarrola had studied metallurgy in the US, where he befriended Andrew Carnegie. Thus, when it came time to fabricate the structure, he reached out to his old friend, and the kiosk was manufactured at the Union Mills Steel Foundry in Lawrenceville, PA.

It was originally built to serve as the Mexican pavilion at the 1884 World’s Fair in New Orleans, and then it was used again at the Saint Louis Exposition of 1902. Afterward, it was transported to Mexico City, where it was assembled on the southern side of Mexico City’s Alameda Central park.

It would stay there only a decade before it was moved to its present location in 1910, to make room for a monument to Benito Juarez on the Centennial Anniversary of the Mexican War of Independence. It’s now situated in the center of the Colonia neighborhood, at the intersection of Salvador Miron and Calle Dr. Atl.

Originally, the kiosk was enclosed in stunning stained glass windows. However, during this final move, the windows were destroyed, creating the open-air structure that exists today.

In 1972, the Kiosko Morosco was declared a historical monument by the National Institute of Anthropology. It underwent a full restoration in 2003.

The Unique Architecture of the Kiosko Morosco

The Kiosko Morosco is famous for its architectural design. Built in the neo-Mudejar style which was popular in Spain at the time, this gazebo has been dubbed “Mexico’s Alhambra”.

This name alludes to the Alhambra—a world-famous architectural wonder located in Granada, Spain. Built toward the end of the Moorish empire, The Alhambra is often held as the pinnacle of Moorish art—in particular, the Nasrid Palace, which displays some of the most stunning architecture ever created by the Islamic world.

The Kiosko Morosco in Mexico hearkens back to the Alhambra, as reflected in the intricate designs of the wrought iron structure, and the glass domed ceiling above. The Islamic influence is evident, even to the layman.

*To find the Kiosko Morosco on Google Maps, click here. 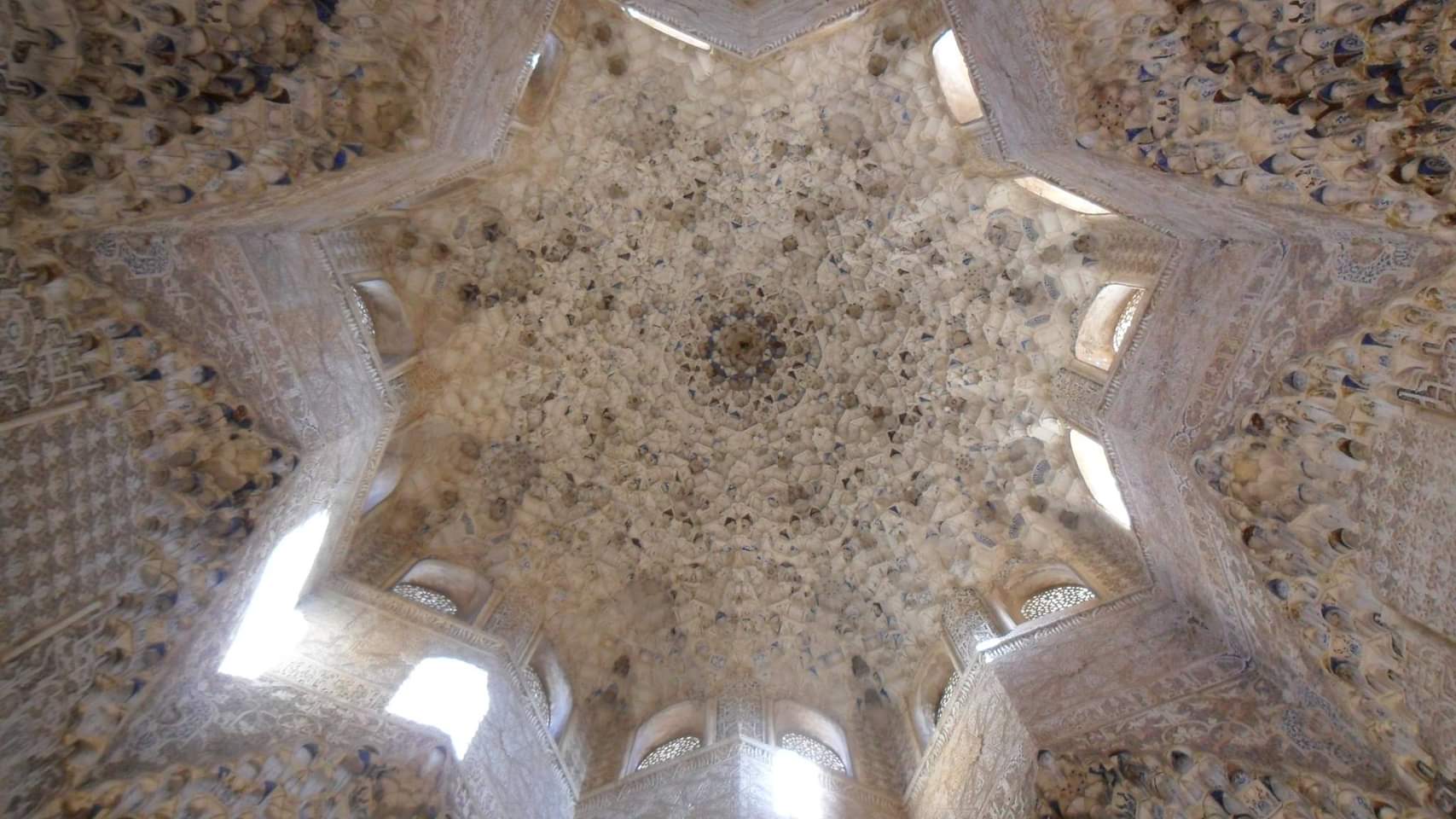 The Kiosko Morosco is but one of the many treasured gazebos found in Mexico today. Almost any Mexican pueblo or city likely has its own kiosk, and expats living in Mexico should be encouraged to their local gazebo to appreciate its style. This is just another example of how a rich, cultural history is still alive in Mexico.