What Are Posadas? – Instantly Learn About Las Posadas for Christmas in Mexico

Articles What Are Posadas? – Instantly Learn About Las Posadas for Christmas in Mexico

Christmas is right around the corner. And if you’re an expat living in a Latin American country, then you have likely been invited to a posada. The first time you were invited to a posada, you might have thought to yourself, What are posadas? Well, this article will teach you everything you need to know so that you can join in on the fun and celebrate Christmas in Mexico and all of Latin America.

Posada comes from the Spanish word for “lodging”, which alludes to the tale of Mary, Joseph, and baby Jesus searching for accommodations for Jesus’ birth. Though mostly celebrated in Mexico, Guatemala, Belize, and Cuba, (and the United States), similar rituals are found all throughout Latin America.

Posadas are celebrated during the nine days before Christmas in Mexico—though it’s not uncommon to get an early start. The nine days symbolize the nine months that Mary was pregnant before Jesus’ birth. This period of time is called la novena. It’s these nine days that you can find a posada taking place almost every night in every neighborhood. Don’t miss out! They’re loads of fun. History of Posadas 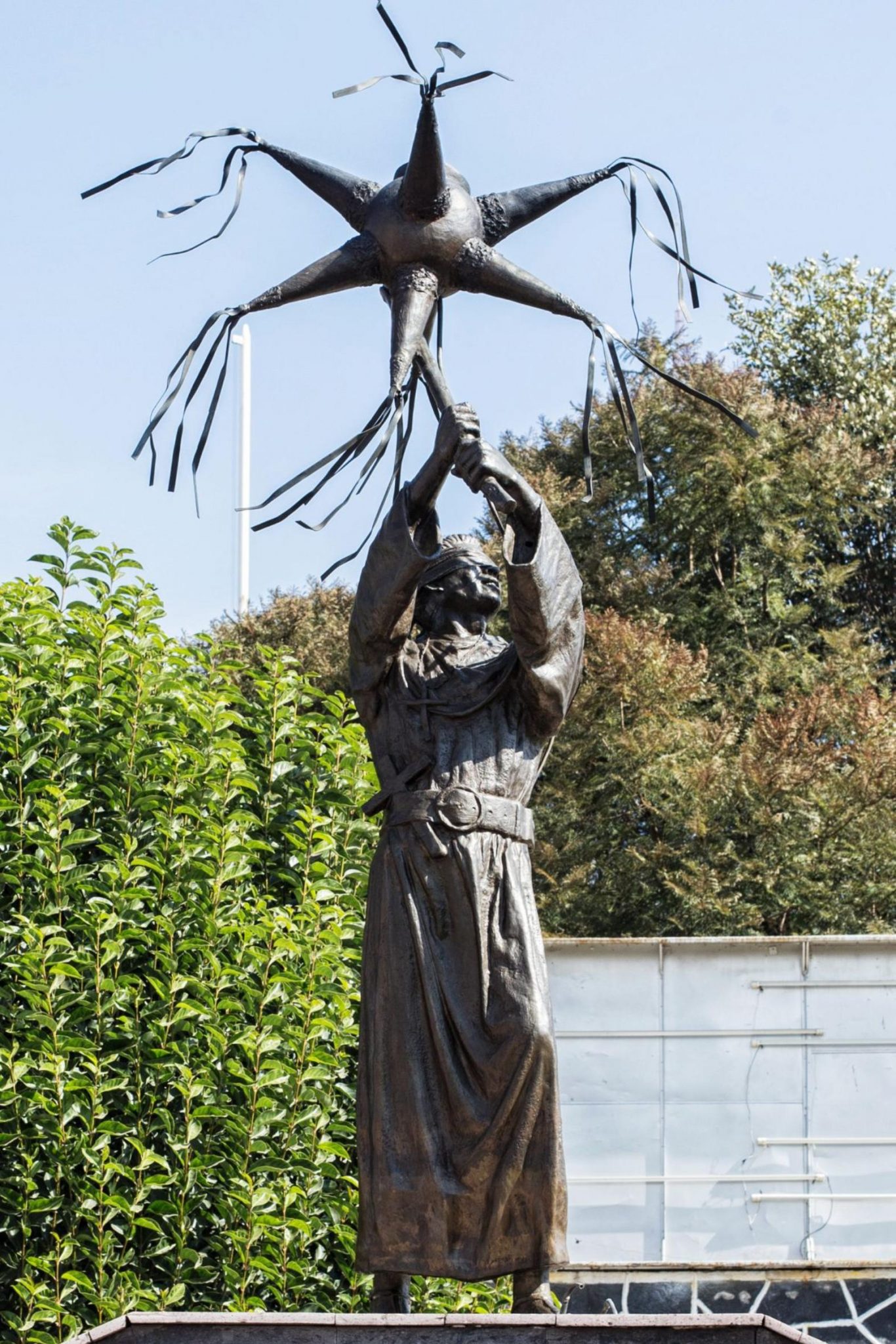 The tradition of posadas dates back over 400 years to 1586 when Christian missionaries used reenactments to teach Catholic liturgy to the Mexican natives. These early Christmas pageants—for lack of a better word—helped to transform the indigenous winter solstice celebrations honoring the Aztec god Huitzilopochtli into the Christmas traditions we have today.

It was in 1586 that Augustinian Friar Diego de Soria got permission from Pope Sixtus V to celebrate extra masses at Christmas (in Spanish misas de aguinaldo) between December 16th and 24th.

However, this is not only a Catholic holiday but more so a Mexican holiday celebrated by all Christians, even protestants. It is a time when Mexicans eat delicious food, drink atole, and sing songs at Christmas in Mexico. Christmas in Mexico 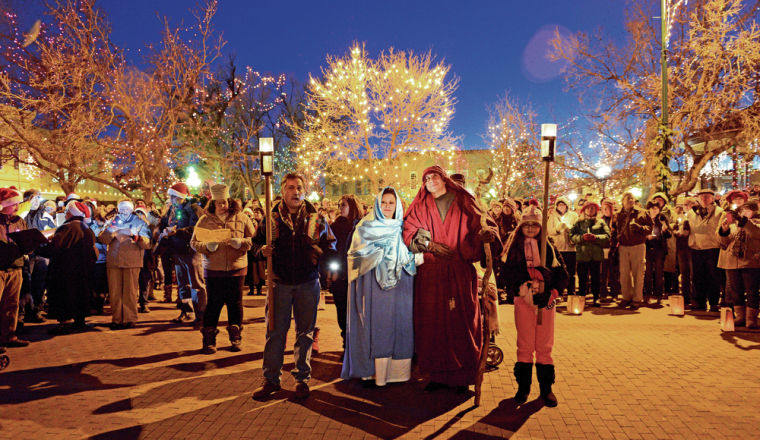 People dress up as Mary and Joseph during las posadas in Mexico.

How is a Posada Celebrated?

Typically, posadas are a neighborhood event. Several houses on the block are designated as different inns. Every night, they go to a different “inn”, and they reenact trying to find lodging in Bethlehem for Mary to have Baby Jesus. On the final night, they find the manger where Jesus was born—though in some pueblos, that final night will end at the local church.

A man and a woman are picked to be Joseph and Mary. Be warned that at traditional posadas, they usually dress the part too—and it’s not uncommon to find a Mary riding a donkey.

A procession of people holding candles in paper lanterns will walk from a spot (usually down the street, but in some pueblos, it can cross the entire pueblo). They will arrive at the designated “posada” asking for shelter.

A second group of people is chosen to be waiting at the inn, and they represent the innkeeper and his family. Then a song is sung between the two groups, where Joseph begs the innkeeper for shelter. This process goes back and forth for a bit until finally the group asking for shelter (or pidiendo posada) is let into the home. Las Posadas in Mexico 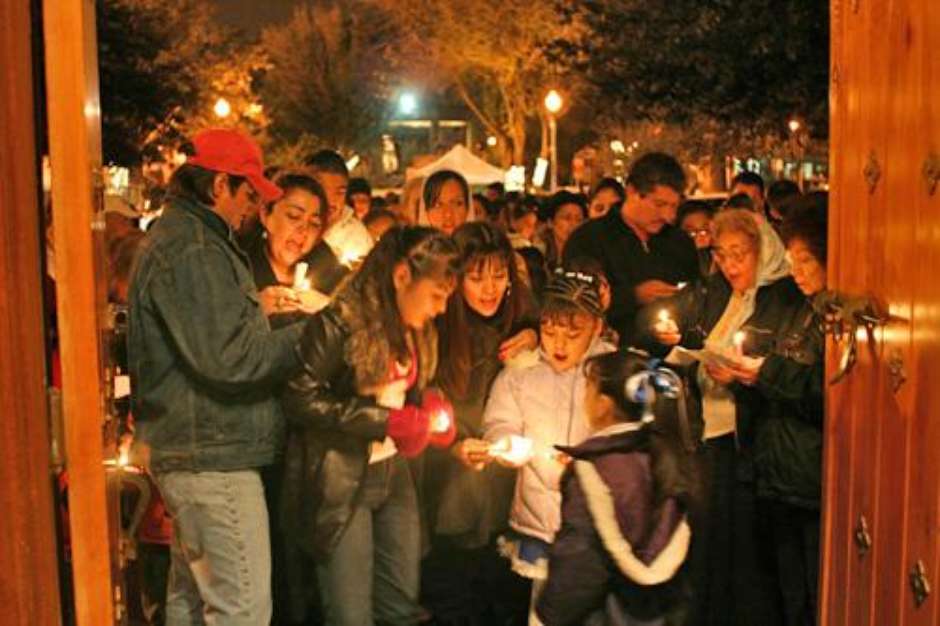 Songs are sung at las posadas in Mexico

What Is Sung At A Posada?

In the name of heaven,

we ask for an inn,

because she can’t walk,

In the name of heaven,

we ask for an inn,

because she can’t walk,

yo no puedo abrir,

This is not an inn,

I cannot let you in,

that God in Heaven

will give them rewards.

You can go now,

and don’t bother us,

because if I get angry,

I will beat you.

my name is Jose.

—No me importa el nombre,

pues yo ya les digo

I don’t care what name,

I already told you,

We don’t have to open.

I ask you for shelter,

the mother will be,

the queen of Heaven.

how is it that at night,

she is so alone.

My wife is Maria,

the Queen of Heaven,

and mother she’ll be,

of the divine Word.

Is that you Jose?

Your wife is Maria?

I didn’t know you!

Joyful is the house,

which shelters this day,

that though this poor abode, abode,

I give it to you from the heart.

my name is Jose.

*To see a video of a posada and learn the melody, click here.

*To see a different translation of the lyrics into English actually sung, click here. Partying at Las Posadas in Mexico 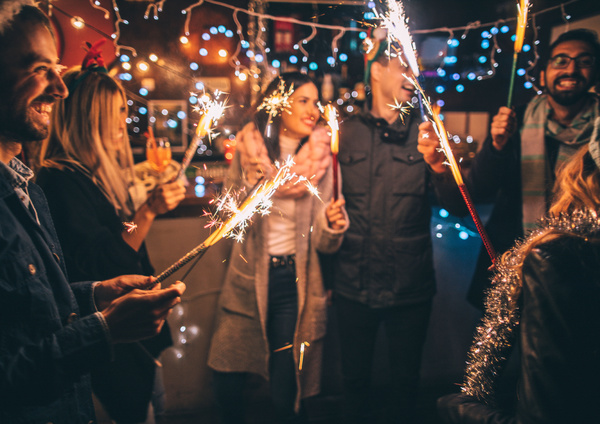 You can expect to party at las posadas in Mexico!

What Happens After Singing At A Posada?

After everyone is let into the home, then a party begins! This is different at each individual home. Some homes of more conservative households will go immediately to a session of solemn prayer. Then atole is served to warm up everyone who has been standing outside in the cold.

However, you can expect a few households to immediately go into the festivities—especially in the north—where the tacos de carne asada and beers are already waiting. It’s not Christmas in Mexico without tacos!

Children typically get to break a piñata (which is always shaped like a star instead of the fun ones that you see at birthday parties) and everyone goes home stuffed with bags of sweets. Music and dancing fill the street which can often turn into one big block party if the neighbors are all like-minded. ¡Viva México! Posadas 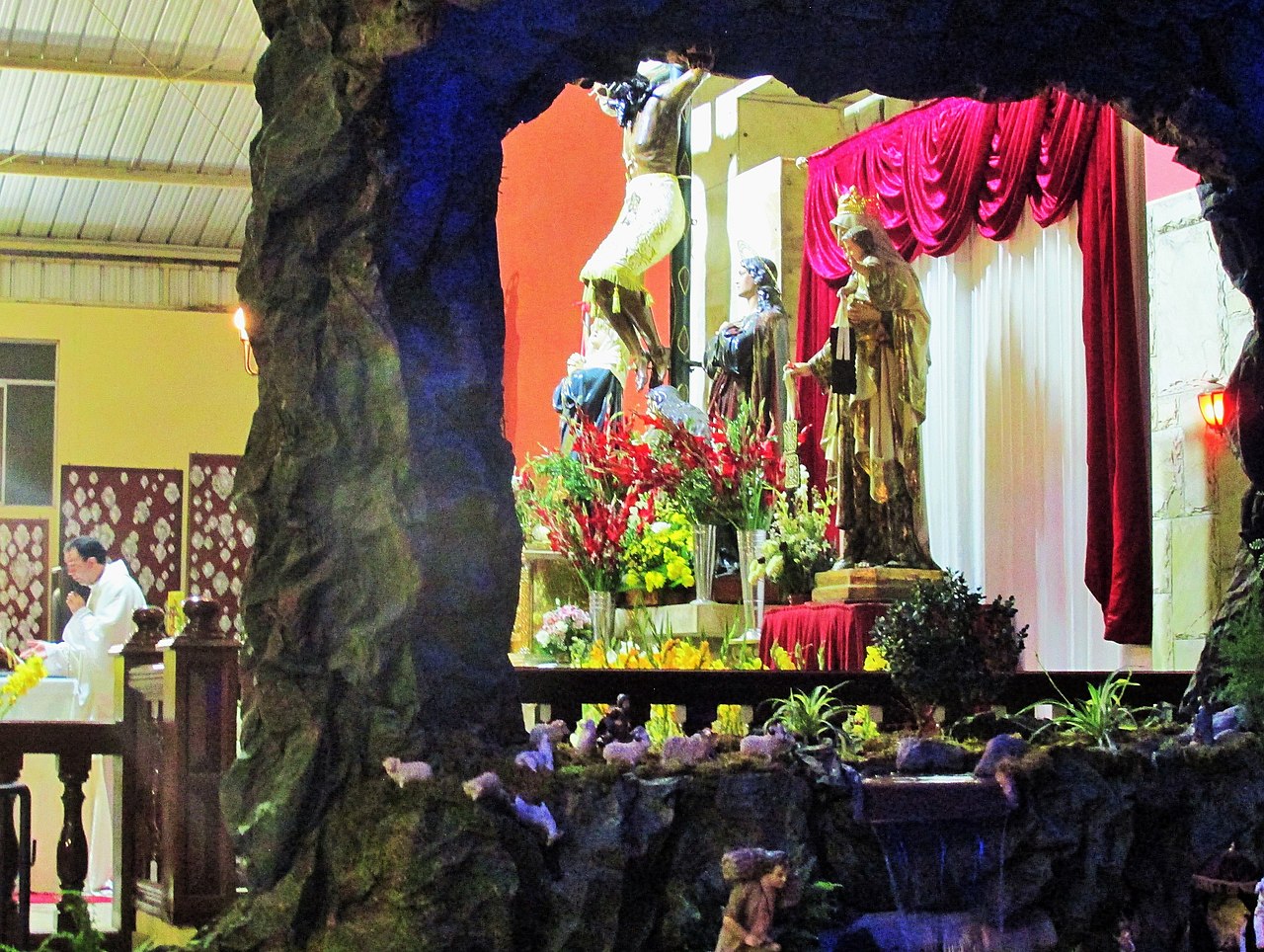 The Last Night of Las Posadas:

On the last night—which is Christmas Eve—people will go through the typical posada song. This can happen either at someone’s home or at the local church. They will pray before a nativity scene—generally some form of rosary prayer.

Then, there is a very late mass, called La Misa del Gallo (the Rooster Mass), in the early morning hours of the day—which is generally midnight. After this mass, then everyone goes home to their own houses to eat a massive feast with their closest family. Also, you can expect a lot of fireworks.

This is a time when people spread love and joy. It is not a time for gift-giving in typical Mexican households. That happens on Three Kings Day (when the Three Wise Men gave gifts to Baby Jesus), which is celebrated on January 6th. However, it’s not uncommon to be given one gift at Christmas in Mexico.

Though Las Posadas are traditions that are rooted in Catholicism, they are so much more than that in practice. It’s a time to get to know your neighbors and develop a sense of goodwill and community. Las posadas stand out as one of the most important traditions for Christmas in Mexico.

After all, is that not why we end up moving and settling as expats in Mexico? Is it not to experience a new and deep-rooted culture with profound historicity that permeates daily life to this day? Don’t miss out on this chance to join in the laughs and good cheer. Check out a posada tonight!