What is Cajeta and How Is It Different from Dulce de Leche?

Articles What is Cajeta and How Is It Different from Dulce de Leche? 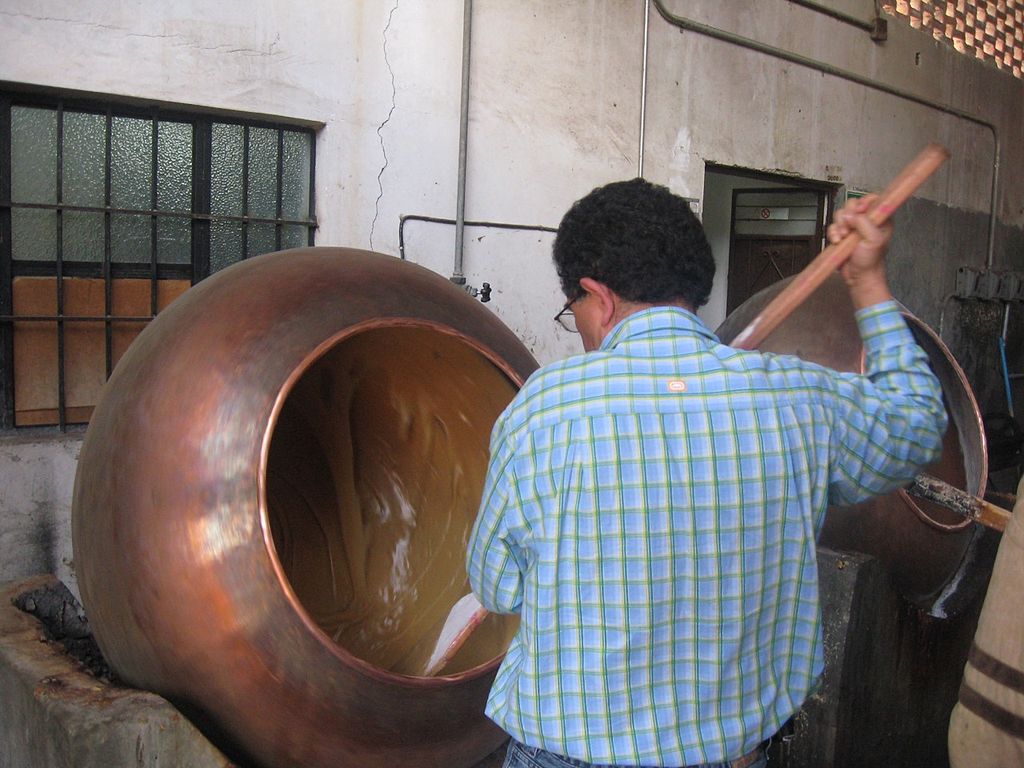 This article was written by one of WeExpats contributors about the history of caramel–in particular cajeta. What is cajeta? Do you like cajeta? Have you ever tried it? We’d love to hear from you! Please join in our Facebook discussion. You can click here to share your thoughts!

What is Cajeta and How Is It Different from Dulce de Leche?

What is Cajeta — Introduction:

If you’ve been in Mexico for a while, then you’ve likely come across cajeta. This delicious Mexican caramel is a staple in the country. Like many Mexican children, I grew up eagerly awaiting my favorite dessert which was so often a spoonful of cajeta that my uncle had given me.

However, cajeta’s origins are nebulous. Tracking down its history becomes difficult because so many countries have claimed to be the originators of this form of caramel. As I explored further, I discovered a rich tradition underlying this dessert.

The word “caramel” likely comes from the late Latin root calamellus meaning sugar cane, however other origins are in debate (like cannamellis which is medieval Latin for sugar honey, or the Arabic kora-monallah which means sweet ball).

However, it seems that the term “cajeta” comes from a small box (or caja in Spanish). Apparently, the caramel was likely stored in small boxes, and obviously the candies would come out shaped like small squares that resembled those boxes.

What is Cajeta — How Is It Different from Other Caramels?

To make a type of caramel, you have to heat up sugar above 170C (340F) in order to break down the molecules and reform them into different compounds. However, this basic process can create a multitude of different types of caramel.

When you cook down only the sugar (maybe with a splash of water), then the product is called caramel. This process gives it that sweet and roasted flavor and the golden-brown color that is typical of caramel.

Toffee is a type of caramel containing milk/cream, butter, vanilla, sugar, and glucose. The sugar and glucose are heated separately and then combined with the cream and butter (which cools the mixture down). Then they are heated up together creating a soft, chewy consistency.

If you burn down sugar with a splash of cow’s milk instead of water, then this product is known as dulce de leche. Meaning “sweet from milk” in Spanish, dulce de leche is among the most popular desserts in Latin America, and it is gaining popularity around the world.

If you add a chunk of butter (instead of milk or water), and if you typically add this to brown sugar instead of granulated sugar, then you end up with butterscotch. This type of caramel is usually richer, softer, and often sweeter than other types of caramel.

Lastly, the subject of our article, cajeta is often synonymous with dulce de leche, and they are very similar, but there is one crucial difference between the two. Cajeta is made with goat’s milk. This distinction gives cajeta a unique flavor, a thicker consistency, and generally a darker color. 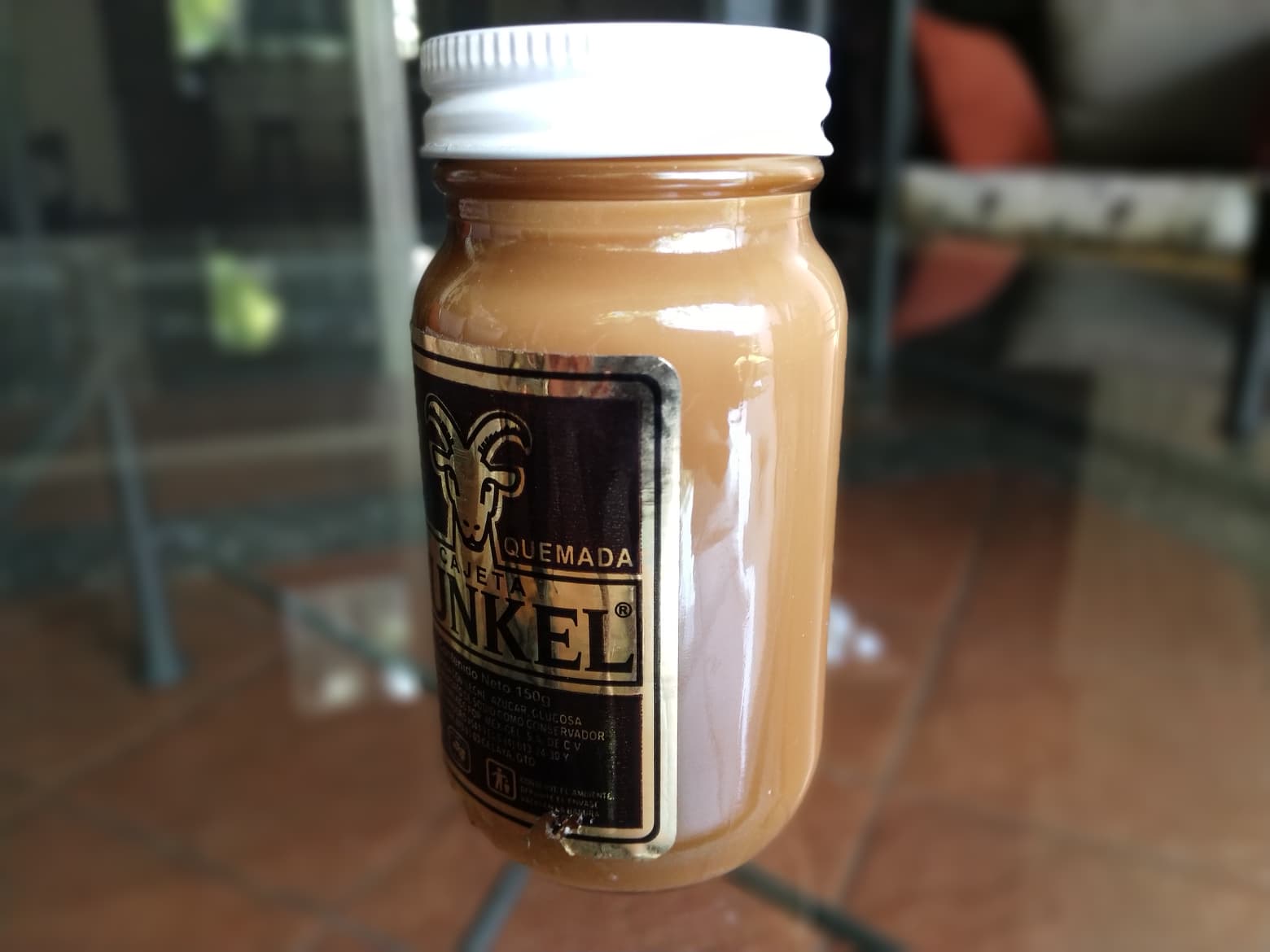 What is Cajeta — Where Did Cajeta Come From?

Before looking at the origins of cajeta, we must first look at the origins of caramel. Though every South American country has staked a claim on creating caramel. Some countries like Argentina even hold legends as to the exact date that caramel was created. (In case you were wondering, Argentinian legend has the creation to be June 24th, 1829).

*This has been proven to be a myth because there were already requests for casks of Dulce de Leche found in letters dating from 1814 and 1817.

However, Argentine author and historian Daniel Balmaceda seems to be the authority on the history of caramel. He pinpoints caramel to have originated in Indonesia. Apparently, this allegedly-quintessential dessert holds its origins in Indonesia. That’s right, from Indonesia, caramel spread through Southeast Asia until it arrived in the Philippines in the 6th Century.

It was only in the mid-16th Century that became known to the West. At the time, the Philippines were under the control of the Viceroy of New Spain. It was impractical to manage the islands from Spain for it was too far away, therefore the charge was put on Mexico to administrate the Philippines.

At that time, it was often referred to solely as “the delicacy”, and it was heavily exported to the Mexican Pacific Coast—specifically, in cities like Puerto Vallarta and Acapulco. From there it would spread throughout the Americas, with each country offering their own twist on the dessert.

One such twist would be the simple substitution of cow’s milk for goat’s milk. During the viceregal period in what was then called New Spain, goats were very prevalent in the area of El Bajío—a flat region encompassing parts of the states of Aguascalientes, Guanajuato, Querétaro, Jalisco, San Luis Potosi, Michoacán, and Zacatecas.

In particular, it was the mixing of half goat’s milk and half cow’s milk which created a particularly delicious form of cajeta in the Mexican city of Celaya. Founded in 1570, this town was originally called Villa de la Purísima Concepción de Zalaya. Even today, this city of Celaya—which lays near San Miguel de Allende and Santiago de Querétaro—is still known as the cultural headquarters for cajeta today.

In fact, though the fabrication of cajeta has been industrialized, it is only in Celaya that you can find artisanal cajeta still made in the traditional fashion as it was over four hundred years ago. For this rich tradition (and for Guanajuato’s role in the Mexican War of Independence), cajeta was named the official dessert of the Mexican Bicentennial in 2010.

What is Cajeta — Types of Cajeta:

There are several different types of cajeta that can be found in Mexico—in particular around Celaya. We decided to list off a few for you to discover:

This is the traditional form of cajeta that you would find with its rich, burnt caramel color. Originally, historian Daniel Balmaceda states that dulce de leche and cajeta were far lighter in color until ingredients that contained sodium bicarbonate were added to the mix.

“Envinada” refers to adding wine to the mix, and this form of cajeta has a slight liquor aftertaste. Originally, it was wine, however now many artisanal producers of cajeta have experimented with other forms of alcohol. These all fall under the banner of cajeta envinada.

This type of cajeta has had raw vanilla or vanilla extract added to the mix to give it a subtly different flavor which complements the richness of the cajeta’s texture.

What is Cajeta — Conclusion:

Though caramel has a varied and shrouded history in the Americas, one thing is certain: cajeta is a quintessentially Mexican dessert. It originates in the area where the Independence from Spain itself originated—a tradition which is still alive today.

If you are an expat living in Mexico then we highly recommend that you embrace this fabulous dessert. It’s terrific on anything—especially all manner of pastries—however if you get a truly fabulous cajeta, I would suggest that you try it the way I grew up eating it: with nothing but a spoon.