Articles What is Huapango?

Huapango is a Mexican musical genre that has different specific styles throughout Mexico. The most common forms of huapango are the arribeño, norteño, huasteco, and the huapango de mariachi. We’ll cover these in more detail later in the article.

Like flamenco in Spain, huapango is a style of Mexican music that is meant to be danced to. A special type of tap dancing called zapateado accompanies it. The dancers, who can be both men and women, wear special outfits and tap out intricate rhythms to accompany the lively beat.

A bit about the music theory behind huapango: Like a waltz, it has three beats per measure, but its quick tempo lends itself to 6/8—and it’s often written as such. This is the telltale way to differentiate huapango from similar styles of music (such as son jarocho which is in common time, 4/4.) Huapango is generally overlain with staccato melodies in a major scale—sung in falsetto—giving the overall feeling of the music a fast, happy quality. 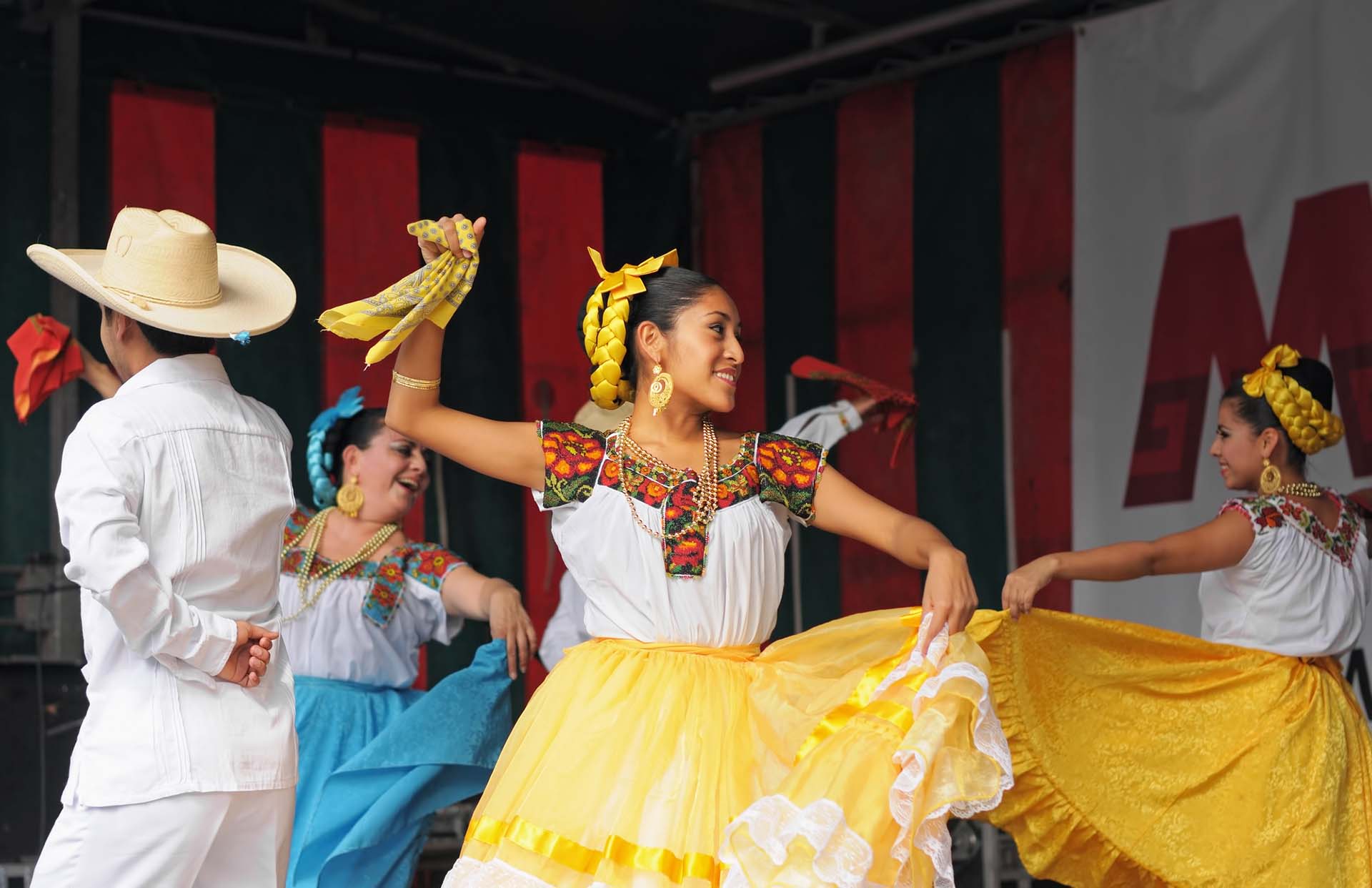 Huapango comes from the Nahuatl word “cuaupanco”, which means “atop wood”. It refers to the wooden platform upon which the zapateado takes place to amplify the sound of the tap dancers. The dancing serves as a form of percussion instrument.

The style of music dates back to 17th Century mestizo culture in Mexico. Huapango was born when Spanish, African, and Creole musical elements met the Huasteca—a large region in Central Mexico. In fact, huapango can also be known as “son huasteco”.

*Note: Historically, huapangos had fixed lyrics and son huasteco invited the musicians to ad lib lyrics. This is no longer the case.

Even without the zapateado, music theorists can tell that the basis of huapango is flamenco. Just as in a particular style of flamenco called “cante jondo”, in huapango the falsetto is accented on every three-quarter beat. (This is called a “falsified rhythm”.)

The traditional huapango is the huapango huasteco. The region of the Huasteca has staked a cultural claim on huapango, and evidence seems to indicate that their traditions have a solid historical claim.

It consists of three musicians called a trio huasteco. These musicians play very specific types of string instruments—or chordophones. The melody is played by a violin, the bass is played by a huapanguera (like a large guitar, but with 5 or 8 strings), and the third instrument is a jarana (which is like a small guitar and higher in pitch) which plays the rhythm.

The musicians also sing. Often, one will carry the melody, while another singer harmonizes. The pattern is complex—and carries some elements of a call and response (like “trading fours” in jazz). The singers will trade off during the verses.

Every huapango huasteco will then have a section where the violin takes the lead, and the zapateado plays the rhythm as a percussion instrument. The complexity of the time signature (6/8) makes this style of dancing particularly difficult.

Northern Huapango was born when migrant workers from the region of Potosí settled in the northern state of Nuevo Leon—specifically the city of Monterrey. These migrants brought with them the music style of huapango.

Many elements of the traditional huapango have remained the same: the 6/8 meter, the zapateado—however, some elements are unique. First off, the instrumentation has changed.

The ensemble norteño consists of a bajo sexto guitar in place of the jarana. Then, they add a taloloche—which is a Mexican double bass guitar—in place of the huapanguera. It’s like a large guitar that is played standing up (vertically not horizontally).

And of course, no northern music is complete without an accordion. This dates back to the German immigrants who brought polka to Mexico and created the northern Mexican music “banda”.

Another difference between the traditional huapango and huapango norteño, for example, is the influence from military bands. The beat is played by an accompanying snare. Also, a horn takes the place of the violin. Whereas this was likely a trumpet in the past, now it tends to be a saxophone.

The music is no longer played to the rhythmic zapateado dancing. Also, the falsetto is longer than in the traditional huapango. Though classic songs are still played, new compositions feature influences from other mariachi music—meaning that huapango mariachi is played in both major and minor keys.

One final trait of huapango mariachi is that tracks are often separated by cheesy violin interludes. However, the overall feel remains mariachi. It would be difficult to tell that it was even a huapango were it not for the 6/8 meter.

Huapango Arribeño comes to us from El Bajío—the high-desert plateau that encompasses parts of the states of Guanajuato, Queretaro, and San Luis Potosi.

It remains a very traditional form of huapango with the same instrumentation as huapango huasteca: the huapanguera, the jarana, and violins), though Huapango Arribeño adds the accompaniment of a second violin.

In this style of huapango, the lyrics are generally improvised. These lyrics take the form of versed poems in the style of décimas. 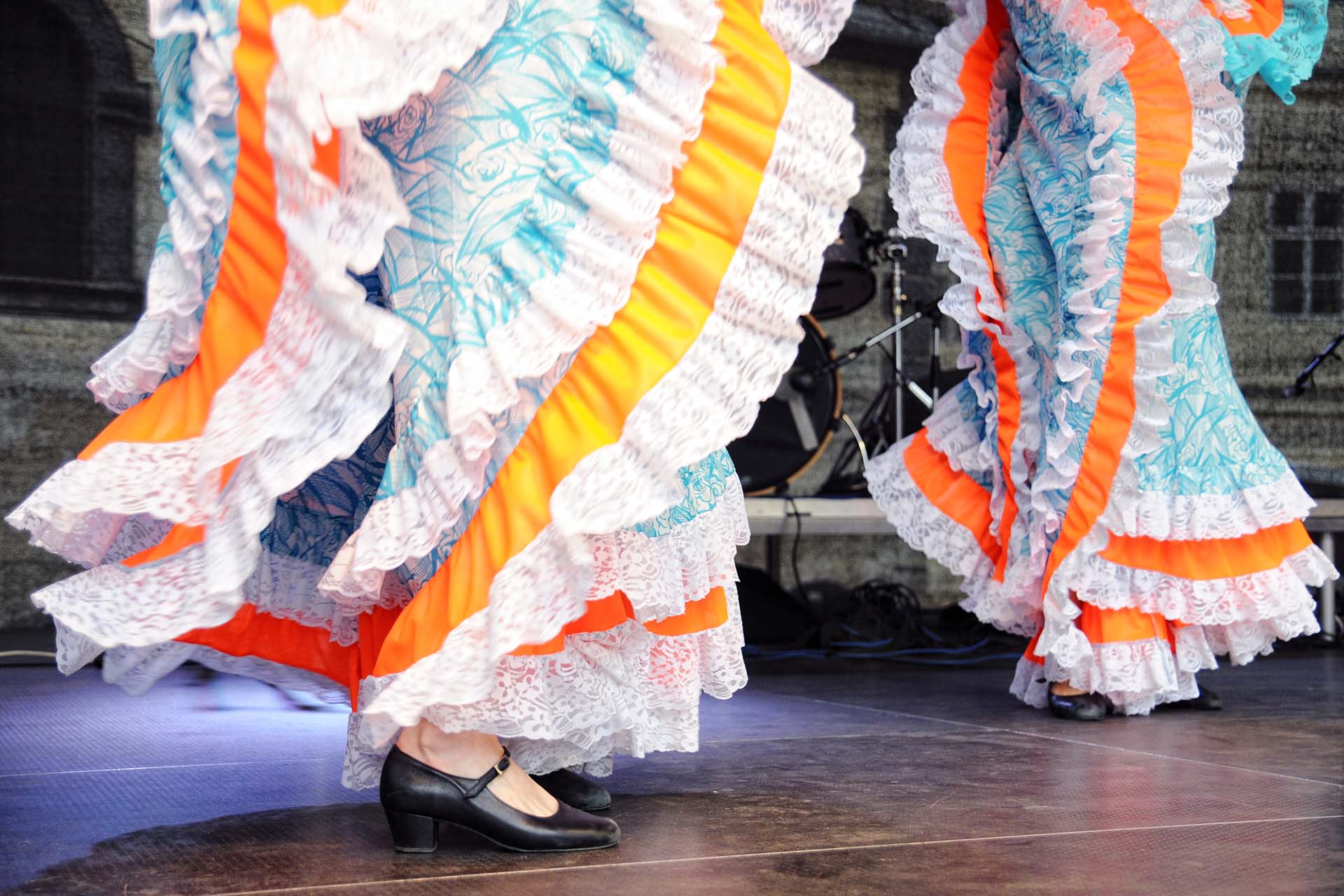 Ultimately, Huapango is an attractive form of music that has taken root around the country to flower into different traditions throughout Mexico. Beginning in the region of the Huasteca, it has sprouted communities in the north, the center, and the south—each with their own flavor. We encourage you to experience them for yourself.