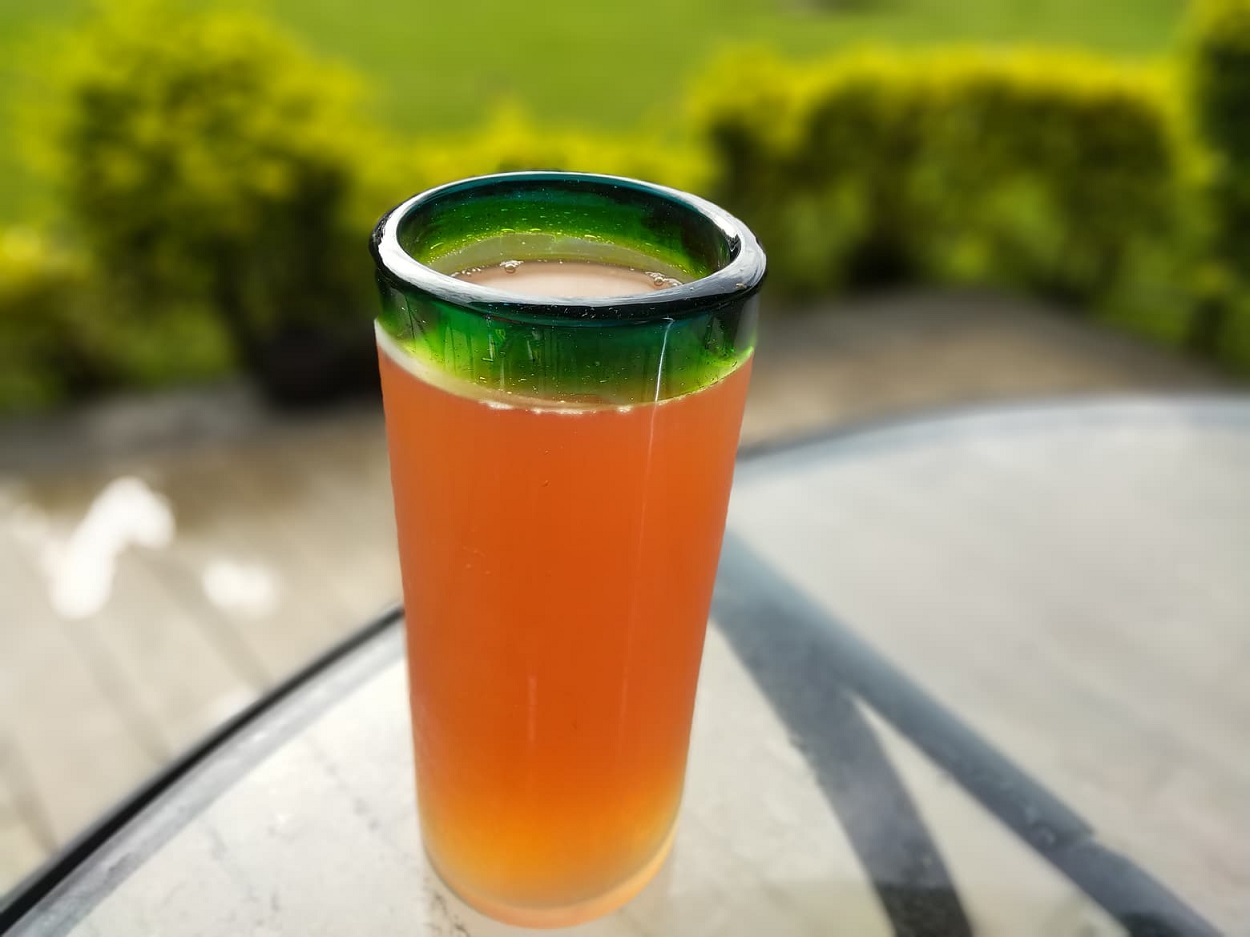 Maybe you have seen it being sold in taquerÍas or on the side of the road in Mexico, and perhaps you’ve wondered, What is tepache? Therefore, WeExpats thought we would write a short article explaining the history and background of Mexico’s most-famous fermented pineapple drink.

What is Tepache? – The History of Mexico’s Fermented Pineapple Drink:

As with many culinary delights in Mexico, the origins of tepache are found in the Pre-Columbian era of the Mesoamerican region. The word “tepache” comes from the Nahuatl—which was the Aztec language—word tepiātl, which denotes a drink made from corn. Originally, corn was used as creating a similar drink in Aztec culture. Today a corn drink like tepache still exists, and it’s called tejuino in Mexico or Chicha de Jora in South America. This drink likely predates the Aztec Empire and was probably made in the Americas thousands of years before the arrival of the Europeans.

The Aztecs did cultivate pineapple (having been traded throughout Central Americas and Mexico from its native region in Southern Brazil and Paraguay). However, it does not seem to have been used in making tepache until much later, though it is unclear precisely when—or if it occurred after the arrival of the Europeans.

What is Tepache? – How is This Fermented Pineapple Drink Made?

The recipe for tepache is not complicated and it’s is easily made in the home—which contributes to the widespread variety and availability of this regional fermented pineapple drink.

Today, a recipe for tepache will show that the drink is not actually made with the fruit of the pineapple, but instead, it is made with the fermented peel or rind of the pineapple. Often discarded in other parts of the world, the peel is instead submerged in water with piloncillo—often called “panela” throughout most of Latin America, it is a form of unrefined sugarcane made from boiling the sugarcane juice. If piloncillo is not available, then brown sugar can serve in a pinch.

The mix is sometimes spiced with cinnamon or rarely other spices like clove, and it is left to ferment for several days in a container covered with a thin towel (which serves as a semi-permeable membrane to keep out vermin while allowing the gases to escape from the mixture). After a few days, the drink has turned a dark amber color, and then it is strained and chilled, and soon after it is ready to serve.

What is Tepache? – Is This Fermented Pineapple Drink Alcoholic?

Because tepache is a drink made from fermented pineapple, it does get to be alcoholic. However, the alcohol content is rather low. It typically ranges from 2% alcohol to about 3.2% alcohol. This alcoholic content is comparable to homemade kombucha.

The alcohol content will continue to increase, however around this time, the drink becomes unsafe to consume and the flavor will reflect that fact. The drink will become naturally carbonated the more the fermented pineapple is given a chance to mature.

Street vendors will often boost the alcohol content with a bit of beer to help give it a kick, therefore you never know how strong a tepache is when you purchase it on the street. So be wary, you might just feel tipsy after a class or two if you stop at a roadside stand—and in this scenario, then you shouldn’t have more than a glass with food if you are planning to drive.

What is Tepache? – The Future of This Fermented Pineapple Drink:

As with many indigenous Mexican drinks like pulque, tepache is becoming trendy in cocktail bars in the metropolitan United States. To cut the rich flavor, now tepache isn’t only being mixed with beer, but also champaigns, sparkling wines, and tequilas.

Commercial brands are bottling both alcoholic and non-alcoholic versions to be enjoyed on a mass-produced scale in Mexico and even in the United States. Though the future of these trendy new brands may die with the hipster movement, one thing is certain: traditional tepache will be found in street stalls and taco stands for centuries to come.