What&#8217;s the difference between Tequila and Mezcal?

Articles What&#8217;s the difference between Tequila and Mezcal? 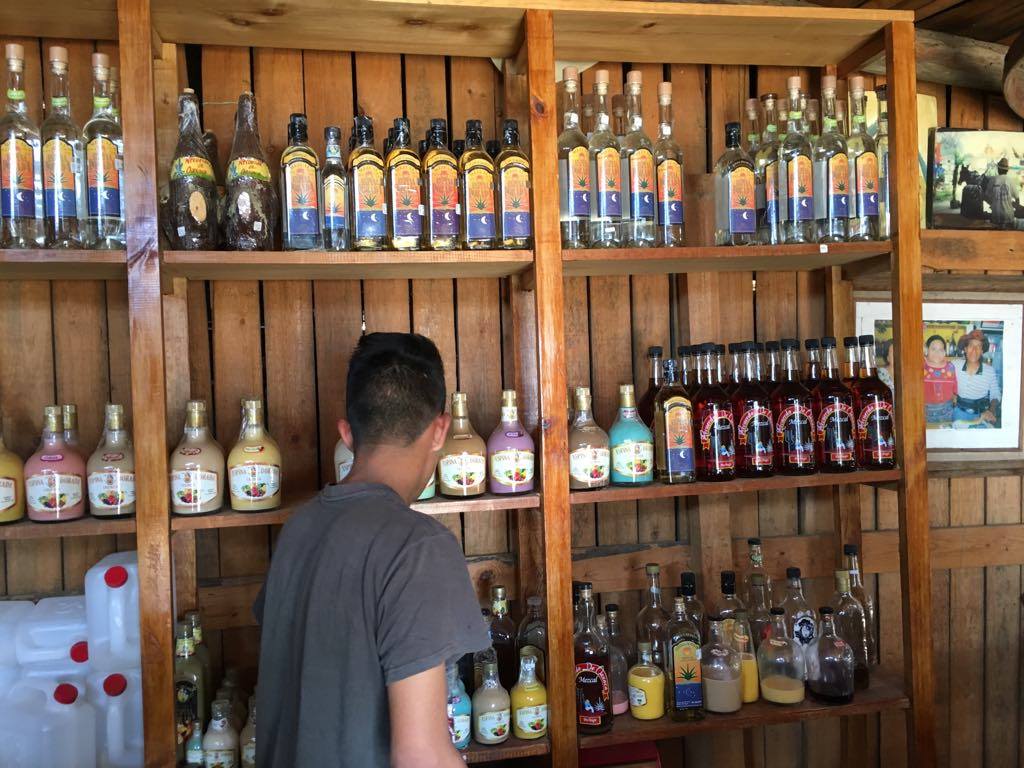 I was watching Daredevil a few weeks ago, and I saw a scene where Elektra first meets our masked protagonist. She turns to the bartender and orders, “Tequila. Mezcal if you have it.” A few lines later, Daredevil would make some quip about her ordering “artisan tequilas”. This seemingly innocent exchange carried within it a variety of misconceptions, so we thought we would answer some common questions expats typically have.

-Is Mezcal a Tequila?

Agave is a desert succulent, very similar to aloe, which grows in arid areas throughout North America. There are over 200 known types of agave. In Mexico, it is also known as maguey. Tequila is only made from Agave tequilana—also known as blue agave. Mezcal can be made from difference species of agave, or even a combination of different agaves. Some mezcals have been made from up to 30 different varieties of agave—some can even include blue agave. When processed, the leaves and roots of the plant are cut to reveal the pi__ñ__a, or the heart of the agave plant. It is aptly named for it resembles a giant pineapple, which typically grow to around knee-height, and they weigh roughly about 80-200 pounds—though some have been known to grow to even 300 pounds! The piña fills with sap, or aguamiel, which is then fermented and distilled. This is the basis for both spirits.

-If they are the same, why do they taste differently?

Mezcal is most often described to first-timers as a smoky, white tequila—and at base level, this is a good description. The differences in flavor can vary because of the different types of agave. Espad__í__n and tobalá are two of the most common types of agave used for mezcal—tobalá typically has a stronger flavor than espadín, the latter having a smoother flavor. Other common types of agave include: arroqueño, tobaziche, and tepeztate—which account for 90% of the agave found in most mezcals.

However, the main difference—the factor that gives mezcal that smoky flavor over tequila—is that mezcal is typically made via the traditional method of production, where the piña is buried in cone-shaped pits underground. These pits are lined with rocks. A fire is lit for one full day to heat the rocks, and then the agave hearts are dumped into the hot pits, and the hearts are covered by a layer of moist agave fibers—a byproduct from the fermentation process. Finally, a layer of woven agave or palm leaves are laid atop the fibers, and the piñas are left to roast for 2-3 days. Then the piñas are ground into a mash for distillation. Sometimes this is still done by the traditional method of being ground under a circular rock drawn by a donkey to crush the hearts of the agave.

Since the late 19th Century, tequila fabricators have roasted the piñas in above-ground ovens—often large commercial ovens. Without burying the piñas over hot rocks which have been heated by charcoal for a full day, the spirit lacks that smoky flavor. Before the latter half of the 19th Century, it is very likely tequila tasted more like mezcal than it does today. Some larger mezcal labels have begun mass-producing mezcal in large ovens, and their flavor is much smoother, more like a strong tequila than the hallmark smoky flavor one has come to associate with mezcal.

-I heard The difference Was Based on the Region of Tequila in the State of Jalisco?

True, there is a region in the northern state of Jalisco called Tequila. This red, volcanic soil holds the perfect conditions for the cultivation of blue agave. Furthermore, it is also true that tequila is only grown in this region; like the Champagne region in France, to be branded as tequila (and not some form of agave spirit or liquor) it must be manufactured in this region. However, the region where tequila is allowed to be labeled as “tequila” has expanded to also include municipalities in the states of Guanajuato, Michoacán, Nayarit, and Tamaulipas.

Similarly, mezcal is classically known as being from the state of Oaxaca. However, according to official government regulation NOM-070-SCFI-1994, mezcal can also be manufactured in the states of: Durango, Guanajuato, Guerrero, San Luis Potosí, Tamaulipas, Zacatecas, Michoacán, and most recently, in the state of Puebla.

-What is Blanco, Reposado, and Añejo?

These are the three different aging categories. Mezcals and tequilas can be any of these three categories. Blanco (also called “joven” and “abacado”) is the clear product that emerges directly after the distillation process. Typically it is bottled immediately in its clear form after only one distillation. This product is most often taken as shots.

The second category is reposado. Sometimes called “madurado”, it is aged in wood barrels from two to eleven months. Reposado is often distilled more than once. This gives the mezcal or tequila a smoother flavor and a slight amber color, while taking a bit of the bite away. Most often, reposado is used for mixing drinks such as margaritas.

The final category is called añejo. Añejo can be distilled once or more, but is aged for at least one year (hence the name stemming from the Spanish word “año” meaning one year). Many añejos are aged for years—even decades. These are typically the most expensive of the aging categories, and they are generally meant to be sipped like a fine whiskey or cognac.

You may have heard of sotol as being a third type of mezcal which is gaining popularity for its occult following, much like the artisan culture surrounding mezcal a couple decades ago. Sotol however is not a mezcal. Sotol, the spirit, originates from the state of Durango, and it is crafted from a cousin of the agave plant which is also called sotol. It is processed via the traditional method of burying the piñas also over hot rocks, giving it a nearly identical flavor to mezcal.

-What’s With the Worm?

The worm is typically a gimmick to sell bottles to foreigners in Asia or the U.S.A. It is not a worm at all, but the larvae of the agave snout weevil, or the caterpillar of the night butterfly that infests the agave plant. Before the 20th Century, much as gunpowder was used to check the alcoholic percentage (the “proof”) of bottles by British sailors, the “proof” in Mexico was typically done by dropping an insect larvae into the bottle. If it died before it hit the bottom of the bottle, then the alcohol had not been watered down. Today in Mexico, it is practically sacrilegious for a worm to be found in a tequila bottle, and it is almost exclusively found in bottles of mezcal.

-What Are They Served With?-

Tequila is typically served with a shot of sangrita (Spanish for “little blood”) in Mexico. Lime with salt is hardly served outside of all-inclusive hotels—and never with a nice tequila. Traditionally, sangrita has a fruit juice base with powdered piquín pepper—or some other form of chili powder—which gives it its red color. The history is complex but in short, in the area of Tequila in the state of Jalisco, they also serve pico de gallo; however, this salsa is different from the pico de gallo that is served in the United States (which in the States, it’s onion, serrano or jalapeño pepper, tomato, and garlic or cilantro or other aromatic. In Mexico, this is called salsa Mexicana because it has the colors of the Mexican flag.) In Mexico, traditionally pico de gallo was a fruit-based salsa, which would often have tomato and onion, maybe some garlic, however it also had oranges and other tropical fruits. This was sprinkled with ground piquín pepper, and the leftover juice would be saved in a shot glass to chase with tequila.

Since then, sangrita has begun to incorporate tomato as the base which gives it its red color. They have begun to take on several characteristics of the bloody mary, and thus every bartender finds his or her balance between tradition and convention. Often, when I’m in a bar in the U.S.A., I will ask for watered-down bloody mary mix as a chaser to accompany a decent tequila. It’s the closest to sangrita I can find.

Mezcal is traditionally served with slices of orange, much like the lime/salt tradition in the U.S.A. The orange slices are covered with _sal de gusano—a salt made with the dried maguey larvae (the “worms” covered above)—_or if not then Tajín, a different flavored chili condiment. Some mezcal bars serve shots of mezcal with a chapulínes, or dried grasshoppers. They are often salted or cured in flavored oil and served as crunchy snacks to accompany the mezcal.

Either way, trying a sip of tequila or mezcal as traditionally as possible is a wonderful way to take in the culture and get to know the locals—and now you can impress your new friends with the facts.