Will Mexico Slow its Immigration Crackdown?

Will Mexico Slow its Immigration Crackdown?

With immigration systems fraught throughout North and Central America, Mexico, pressured by the US, has responded in kind with harsh immigration enforcement measures—conducting checks not only at international points of entry, but extensively and at random within the country. However, this may all be about to change as Mexico’s Supreme Court of Justice of the Nation has issued a landmark ruling in a recent case reinforcing the universal human rights guaranteed by the Constitution.

What Happened to Cause this Potential Shift?

The groundbreaking case questioned the legality of the INM’s (National Institute of Migration) detention of three Tzeltzal Mayans—between the ages of 15 and 24—from the state of Chiapas. (A full 25% of Chiapanecos speak an indigenous language.) The three were siblings and had been traveling on a bus with other seasonal farm workers when agents of the INM searched the bus at a roadblock in the central Mexican state of Querétaro, about three hours north of Mexico City.

Immigration law, passed with pressure from migration authorities in the US—specifically Article 97—gave INM agents authority to enforce immigration policy anywhere within the Mexican Republic, stating that, “In addition to the established places intended for the international transit of persons, the [National Migration] Institute may carry out reviews of a migratory nature within the national territory in order to verify the migratory situation of foreigners.” INM agents have used this law since its inception to pull over cars, board buses, and patrol plazas, parks, hotels, and other public places in order to check individuals’ migratory status. The agents often target people who “don’t look Mexican”.

So it happened on the bus that night; agents questioned the two sisters Amy and Esther, and their brother Alberto, who showed their ID’s to the agents. The agents claimed that the ID’s looked fake, the siblings didn't appear Mexican, and they took the young Tzeltzal Mayans to a detention center.

The agents accused the three of being Guatemalan illegal immigrants without documents, based on their physical appearance and limited comprehension of Spanish (though Spanish is also the national language of Guatemala). The three were detained for eight days, though all three were Mexican citizens. Furthermore, citizenship documentation is not required for domestic travel within Mexico.

Human Rights Violations in the Case

During their detention, Alberto—who was 18 at the time—was beaten, subjected to electric shocks, and forced to sign deportation documents admitting that he and his sisters were from Guatemala, though he could neither read nor write. Based on these coerced admissions, the three were facing deportation to a foreign country. “I really thought I was going to die, so I signed lots of sheets of paper—but I can’t read or write so I didn’t know what I was signing,” Alberto told the Guardian newspaper through a translator in 2016. 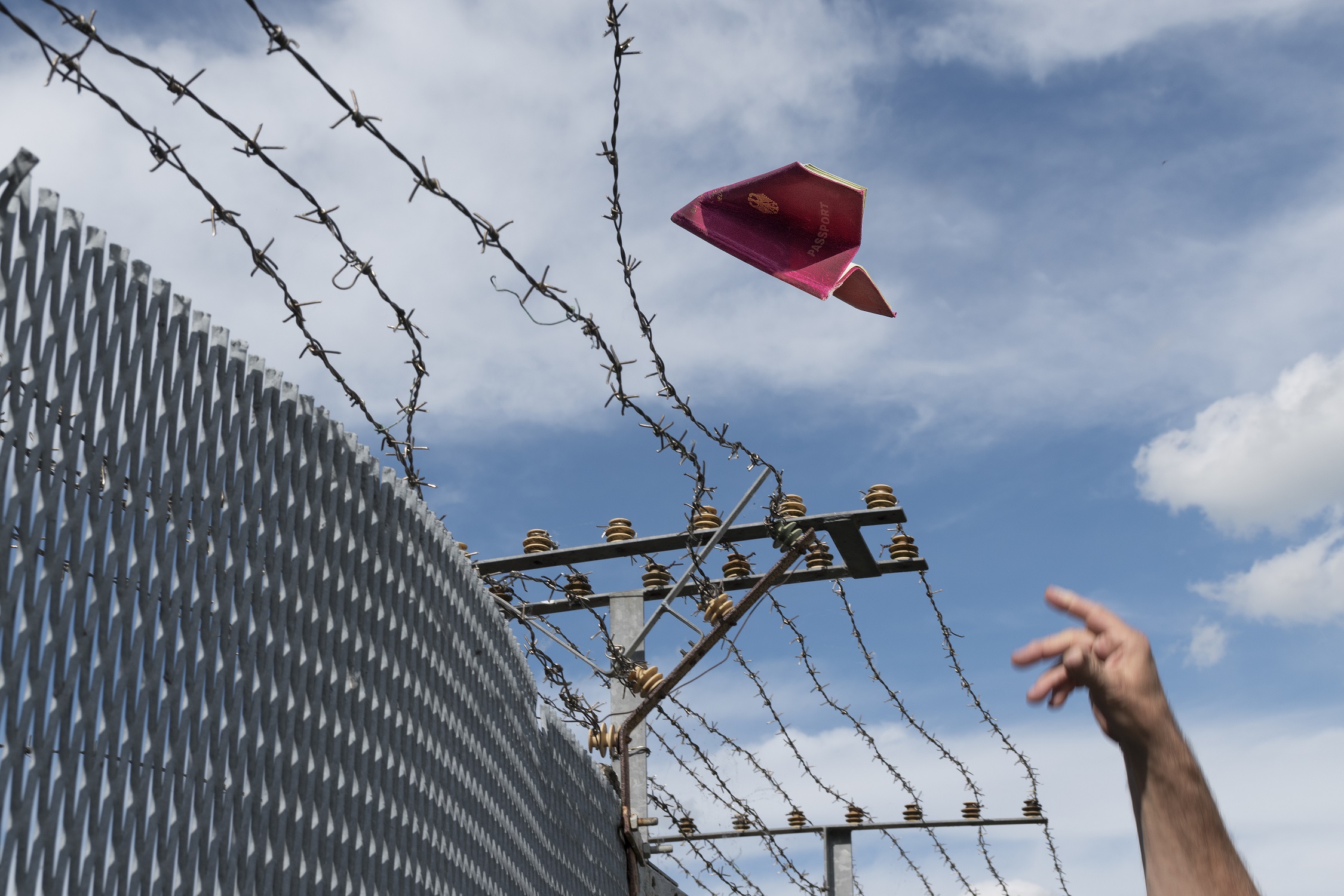 Fortunately for the three, before the deportation order could be carried out, one of the members of their community was able to alert humanitarian workers of the situation, and the egregious illegal detention was brought to light. When federal officials learned of the travesty, they issued a highly unusual public apology.

Advocates for human rights and the three youngsters who’d had their human rights denied filed an injunction with a District Judge. According to the First Chamber of the High Court, the District Judge “dismissed the trial after observing that the administrative procedure had already concluded, and that the responsible authority had ordered the departure of the persons from the detention center, after having verified their nationality”. Understandably dissatisfied, the human rights activists filed an appeal for review with the Mexican Supreme Court.

What Did the Higher Court Rule in the Immigration Case?

On the 19th of May, 2022, the Supreme Court, handing down its verdict, issued a comunicado stating that the “immigration check procedure carried out in places other than in those of international transit is unconstitutional, because it applies to national and foreign persons without any distinction,” citing the aforementioned Article 97 of the Immigration Law.

As the Supreme Court noted in its ruling, Article 11 of the first chapter of the Mexican constitution guarantees the right of freedom of movement. "All persons have the right to enter the Republic, leave it, travel through its territory and change their residences, without the necessity of a letter of security or safe-conduct, passport, or other such requirements.” 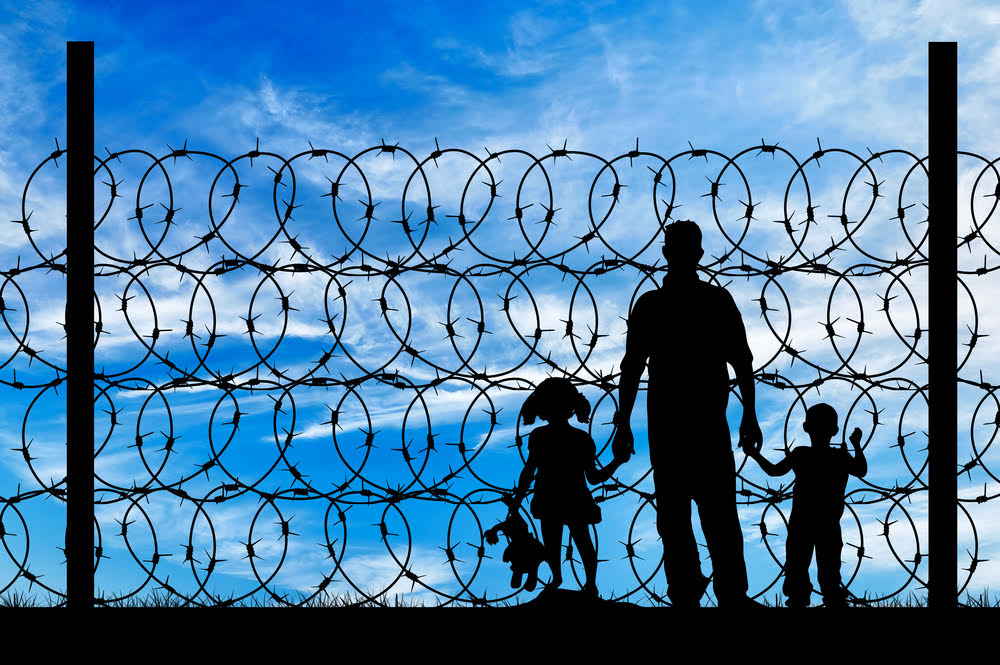 In addition to this article, the Court found that the first and most basic clause of the Constitution, guaranteeing equality, had been breached. They continued in the comunicado that the law was unconstitutional for contravening the universal human rights of equality and non-discrimination, that it was discriminatory, and that it caused a disproportionate level of harm to indigenous and Afro-Mexican communities.

The Court ruled in favor of three young indigenous Mexicans, granting them protection against Mexico’s immigration authorities and sending the case to the Mexican Collegiate Tribunal. There the three young Chiapanecos will seek reparations for the damages they faced.

The Supreme Court’s ruling has annulled Articles 97 and 98 of the immigration reform from 2011 and called into question the bilateral US-Mexican enhancement of the imigration measures enacted in 2014, whereby roadblocks and other checkpoints were erected in an attempt to deter sin documentos (undocumented) travelers from reaching the United States. The Mexican legislature now has the onus of amending the law.

Since the enactment of the heavy-handed immigration laws, numbers of asylum seekers and arrests of migrants have skyrocketed in Mexico. In 2021, Mexican immigration authorities arrested over 300,000 foreigners without proper migratory status (the highest number in 20 years) while over 130,000 foreigners applied for asylum, over three times as many as the previous year, and the numbers show no signs of slowing. Already, in the first quarter of 2022, authorities have arrested over 75,000 foreigners, a dramatic, 90% increase since the same period last year.

Meanwhile, North of the Border

The corridor from the impoverished south of Mexico to the more prosperous north (which many unskilled Mexican laborers travel in an attempt to secure work) is one of the most dangerous corridors for migrants in the world. Travelers from Central and South America north towards the US face threats, including unlawful detention, organized crime, theft, harassment from criminals and officials alike, and even kidnapping on their travel northwards. According to the American Civil Liberty Liberties Union (ACLU), “U.S. and Mexican authorities have failed to establish adequate housing options or to provide access to medical care and work, leaving people vulnerable to transnational cartels who prey on migrants. Black and LGBTQ+ asylum seekers returned to Mexico have faced particularly severe risks.”

In 2019, during the Trump administration, the US Immigration and Customs Enforcement (ICE) implemented a strategy called “Remain in Mexico,” whereby asylum seekers and other migrants seeking a better life are sent to detention facilities in Mexico, overturning centuries of standard practice in which applicants for asylum posing no threat to the United States are allowed to stay in the country pending the processing of their applications. As was to be expected, these individuals sent back south of the US border have become prey for organized criminals and human traffickers, with little to no recourse from authorities in the US, Mexico, or their home countries.

According to the ACLU, “During the two years the policy was in effect under Trump, Human Rights First (a nonprofit organization) documented over 1,540 reported cases of kidnappings, murder, torture, rape, and other forms of violence against asylum seekers returned to Mexico.” When President Biden took over the levers of the executive branch, he attempted to undo this system, along with its ensuing humanitarian crisis. However, he experienced significant pushback from hardline Republicans, and hostile state governments in Texas, and also Louisiana (which, it should be noted, shares no border with Mexico), which normally have no say in international affairs.

The two states sued to keep the policy in place, using Title 42, a Trump-era public health law meant to curb the spread of the coronavirus, and a lower court ruled that the only possible options available to the current administration are to keep migrants detained or send them back to Mexico to await the processing of their petitions. The US Supreme Court has now heard oral arguments from lawyers on both sides and is expected to rule on the case in late June, but in the meantime, the policy has remained in place. This leaves Mexican immigration authorities in a tough position, though unquestionably less tough than the position of the migrant community, fleeing violence in their home country—out of the frying pan, and into the blazing fire at the US border.