The capital of the Mexican state of Baja California Sur, La Paz lives up to its name. Meaning “The Peace” in Spanish—a reference to the peace found in mass according to Catholic liturgy—the city seems to reflect this ambiance in its laid-back and welcoming lifestyle.

Located at the southern tip of the Baja Peninsula, on the eastern shore with the Sea of Cortez (which is also known as the Gulf of California), La Paz feels more like a small town than a city of 250,000 residents. La Paz offers a different southern Baja experience for those expats and nomads who want something less hectic and touristic than nearby Los Cabos.

In this article, we’ll cover the basics of La Paz, such as: how to get there, what the city has to offer, and what to expect once you arrive. 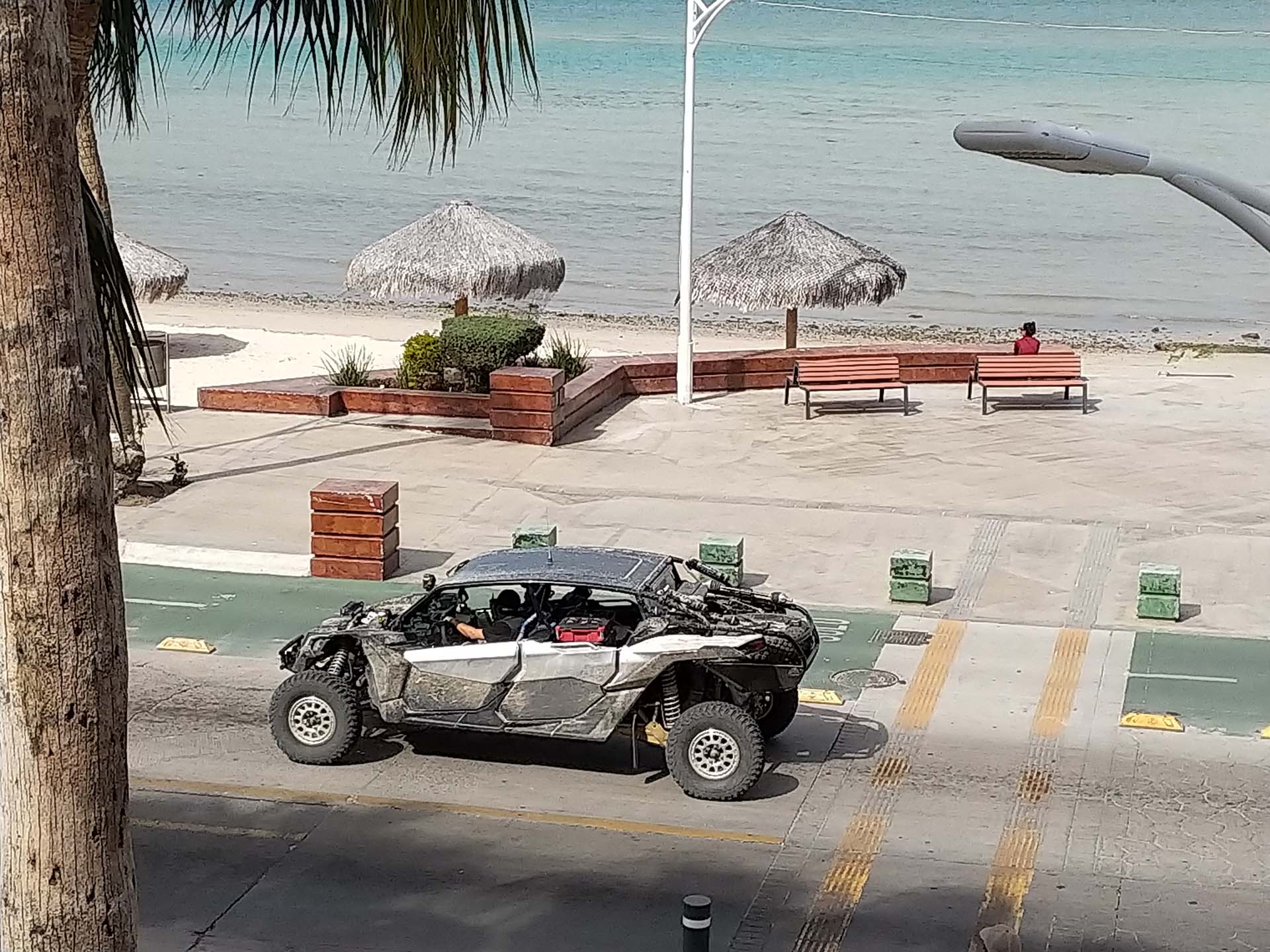 Getting to La Paz

First off, La Paz has a small international airport only fifteen minutes from the center of the city. It accepts direct flights from many locations in Mexico and a few in the United States.

*There are also direct flights from Los Mochis on the other side of the Gulf of California.

This airport is quaint, but it’s not lax on security. On arrival from my domestic flight, they made me pass my carry-on luggage through another round of security before I could exit the airport.

*Other passengers at random were elected to undergo a further inspection.

Exiting airport security, I noted that no Ubers were available. Though I am told you can sometimes find an Uber, finding a ride is rare (often there are no cars available), and a taxi is the norm.

Our Guide to Safety in Mexico always recommends taking a taxi from inside the establishment (no matter where you are), but I banked on there being a rideshare option.

When there wasn’t an Uber available, I was at the mercy of the taxi drivers gathered outside the airport. Fortunately, there was no issue. The taxis gathered are employed by the airport, and they are paid to be there at the arrival of every flight.

There were two options to get to the city proper from the airport:

*Note: The taxis inside airport security were probably more expensive, but they are the safest; although outside I never felt a climate of scam taxis like I do outside Mexico City International Airport (MEX) or Cancun Airport (CUN).

I opted for the private taxi, so I can’t comment on where the shuttle drops you off. The taxi driver was amazing and even drove me around a bit extra to show me some local spots when I told him I was writing a guide to the city.

You can take a ferry to the port of Pichilingue in Baja California Sur. This port is 20 minutes north of La Paz city, so a short taxi or bus from getting into La Paz. This can also be a good option if you have your car with you, and you want to drive across the Baja Peninsula. (You just drive your car onto the ferry boat and drive it off when you land.)

The main ferry company is Baja Ferries. They have ferries that depart from Mazatlan, Sinaloa in the south, and the port of Topolobampo in the north (very near Los Mochis in case you want to take El Chepe train to further explore northern Mexico).

The ferry takes about 13 hours to get from the mainland to La Paz. If you get a cabin—as of 2022—the rooms are reportedly a bit worn down, but they are clean. However, a lot of locals end up packing a sleeping bag and just sleeping wherever they can find space.

The trip has a few amenities (think a poor man’s cruise ship), such as a restaurant serving simple food, and a small stage with live music to entertain the guests. The prices vary depending on these amenities, however, the basic ticket is $1,290 MXN ($62 USD for an adult ticket).

La Paz is very accessible by car. If you’re planning on a road trip through the Baja Peninsula, then it’s very easy to get to La Paz.

La Paz is located where Highway 1, Highway 19, and Highway 286 intersect. It’s about a 2-hour drive from Cabo San Lucas (and an extra 15 minutes from San Juan del Cabo). 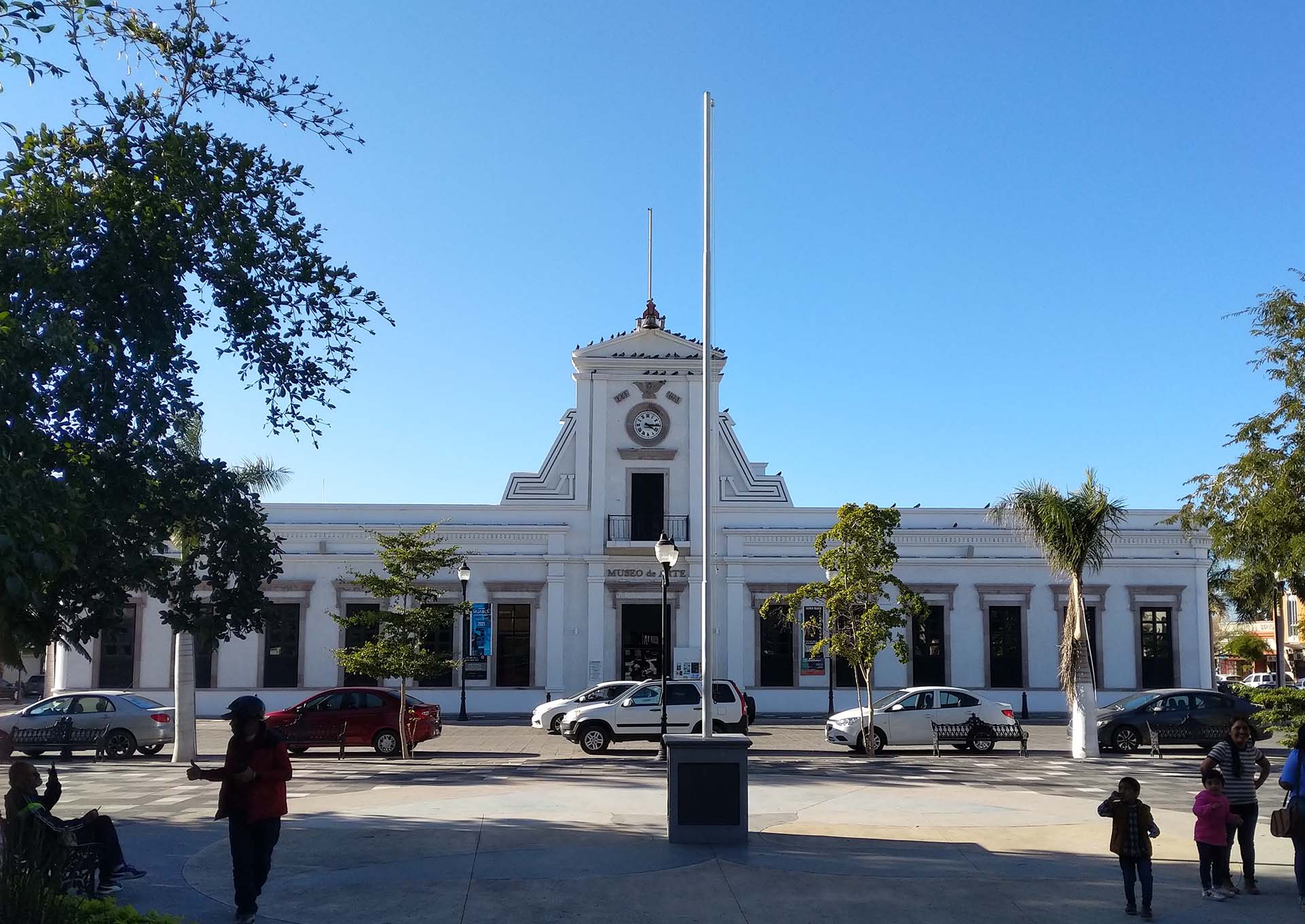 Where to Stay in La Paz

La Paz caters to a wide variety of tourists and expats with all kinds of budgets. Prices increase during the busy season. These are the winter months when the Baja Peninsula is blessed with cool air fronts gusting off the mainland. The rest of the year, it’s very hot and prices decrease.

If you’re a backpacking digital nomad, then you can find inexpensive options like studios on Airbnb or youth hostels on Hostelworld. I even found some small “glamping”-style bungalows right on the beach on Hotels.com for less than $15 USD.

If you’re looking to enjoy the city of La Paz (aside from all the fantastic nature it has to offer), you should really stay in the city center, within a few blocks of the Malecón (the beach boardwalk). This enables you to take advantage of the restaurants and shops along the beach.

*If you’re too far inland, it will severely impact the quality of your stay because you will likely be in a residential area with few amenities—if any—that cater to travelers.

We stayed in a comfortable 2 bed/2 bath condo two blocks from the cathedral (right in the center of La Paz). Renting the place for a week in high season cost us just under $500 USD.

Though La Paz is not a pretentious place, because it’s a popular destination for international yacht goers (like a Mexican Puerto Banus), it can cater to high-end clientele.

If money is no object, I would recommend renting beachfront villas to the north of La Paz, where the golf courses and resorts are located. You can likely find something on Airbnb Luxe. 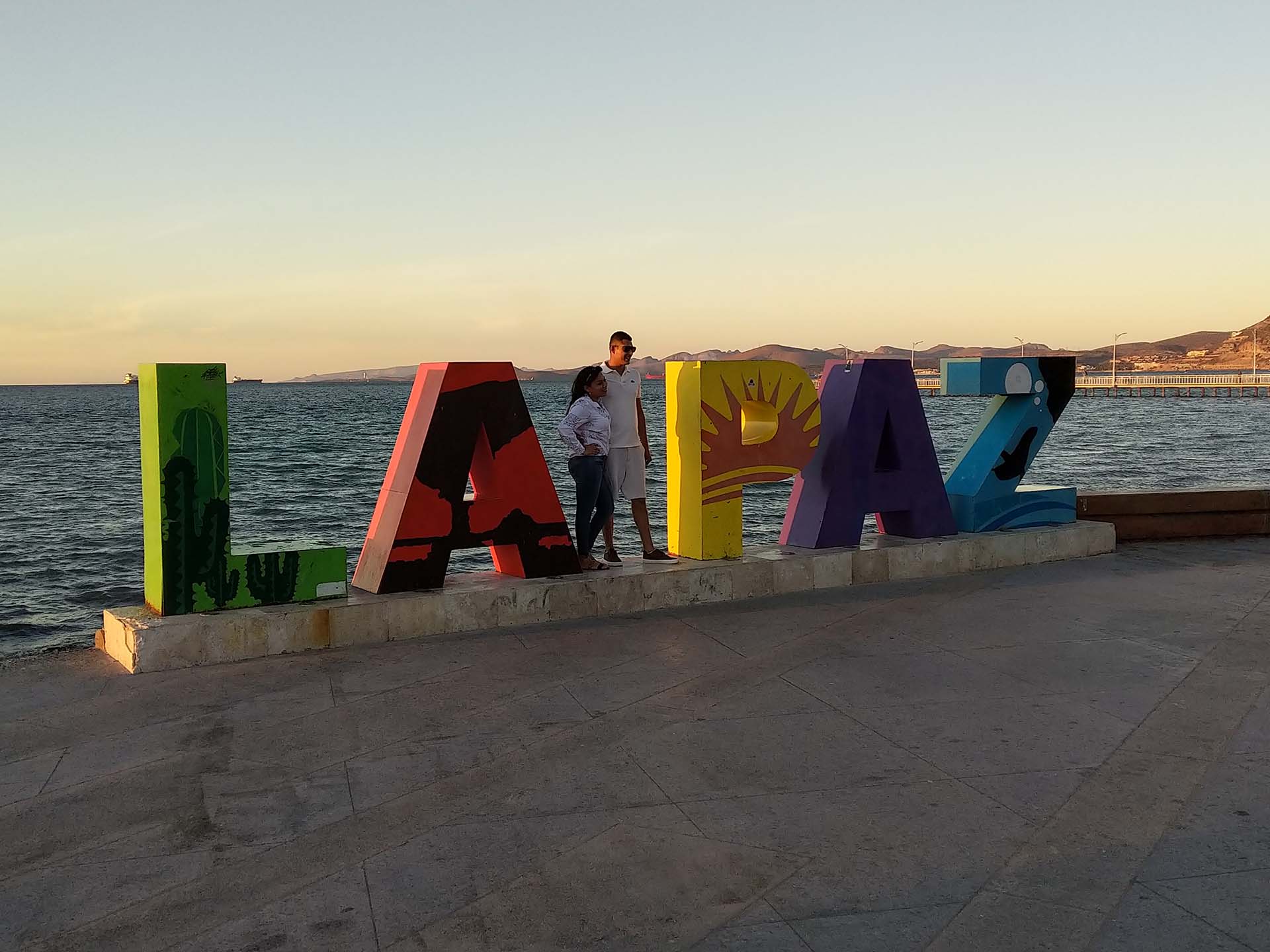 What to Do in La Paz

Most of La Paz’s appeal is its picturesque natural attractions. It boasts some of the most beautiful beaches in the country—beaches rivaled only by those in the Riviera Maya. We will offer some of these attractions below.

First, we wanted to cover what to do in La Paz’s city center:

The beach boardwalk in La Paz is called El Malecón (which simply means the boardwalk in Spanish). It’s very safe, and it’s a perfect place to take in the stunning ocean views while mingling with both locals and expats.

Like any Mexican beach destination, you can expect trendy boutique shops interspersed with souvenir gift stores.

Similarly, bars and restaurants along the Malecón run the gambit from divey to posh. La Paz’s boardwalk has reggaeton-blasting havens for locals drinking their chamoy-rimmed liters of domestic beer. It also has trendy, chic restaurant clubs with views of the yachts coming into the Bay.

My favorite establishments were those in the middle of this price range. Several bars can be found that attract a younger crowd with their fun, beachy atmosphere—while serving delicious, local cuisine like Baja-style fish tacos. I also loved that many of the restaurants and coffee shops focus on fresh ingredients and an overall healthy approach to food.

There are many beaches near La Paz that are absolutely stunning. From Tecolote Beach to Playa El Coromuel—to hidden away beaches like El Saltito. But by far the most famous beach in La Paz is Balandra Beach.

This beach is absolutely stunning with aquamarine hues that accent the brilliant white sand surrounding it. It’s very shallow with gentle currents which allow you to wade out into the water a far distance and find a private corner despite there being so many visitors. (They stop letting people once they’ve reached 300 individuals.)

There is a hike that you can take to get to Balandra Beach, but it’s very long and arduous. By far the easiest way to get there is to take a local bus that leaves every hour on the hour from the bus station in La Paz.

There are many tours that you can take in La Paz, Baja California. There will be people selling tours in every hotel and on every block, so it won’t be hard to find one.

Another popular tourist attraction is swimming with the whales in the Gulf of California. They are only off the coast of La Paz during the winter months (which is the high season), but if you catch the right time, it’s a must-see.

La Paz is a beautiful place to explore, and the chill atmosphere is infectious. It’s a perfect getaway from the hectic city life.

In Part II of our guide, you’ll learn about the history of La Paz, and which are the best local restaurants and bars to visit.