These Edible Worms Are A Delicacy in Mexico

Maybe you’ve seen them on a Mexican menu, or perhaps you’ve tried them in fine-dining restaurants throughout Central Mexico—these Mexican worms are considered a delicacy in Mexican cuisine. Generally deep fried or toasted, these morsels are most often served in tacos.

For those expats who are curious and adventurous eaters, Expat Insurance thought we would break down exactly what gusanos de maguey are, and the fascinating history behind this traditional dish. 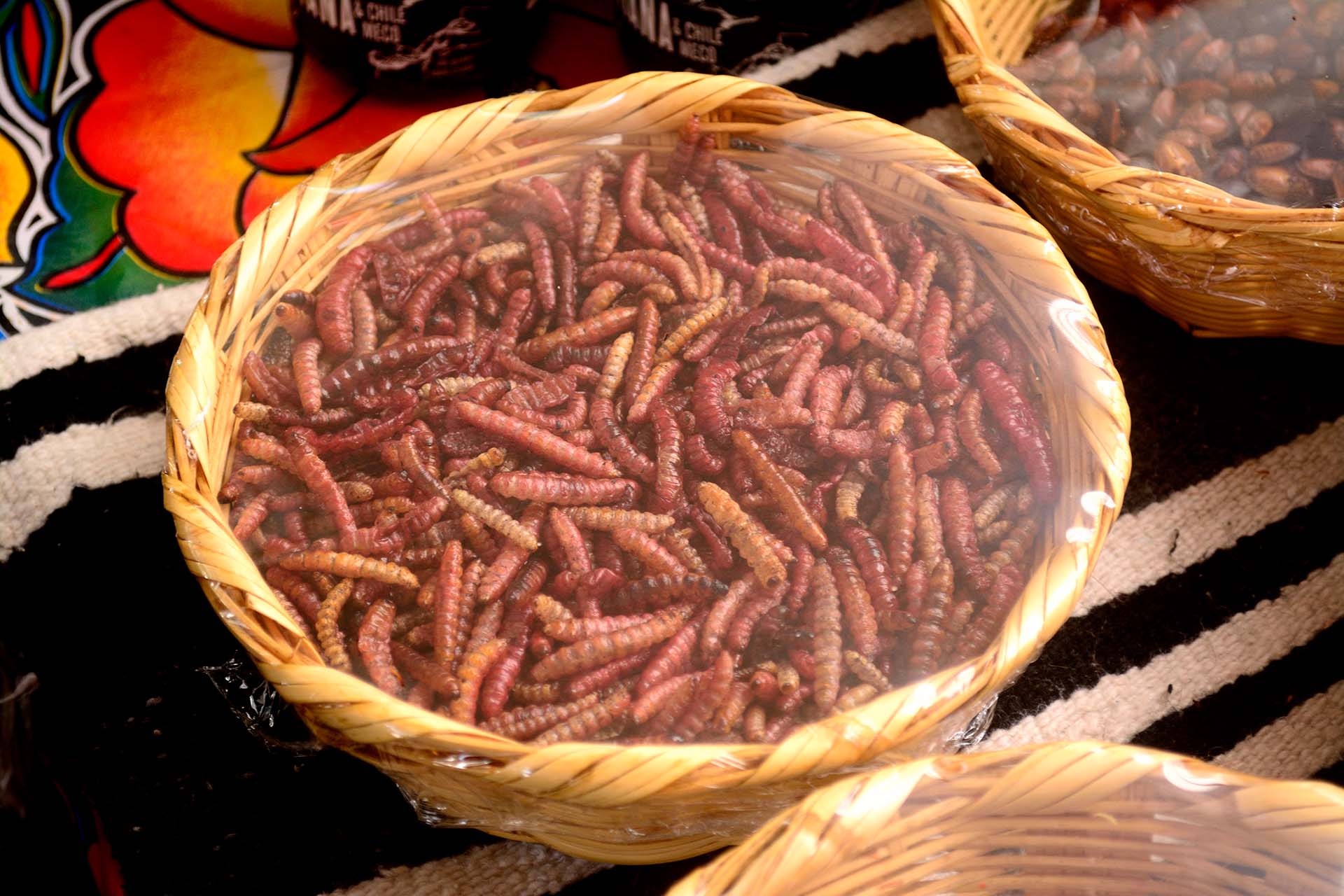 Exactly What Are Gusanos de Maguey?

The term “gusanos de maguey” comes from the Spanish language, “gusanos” meaning worms and “maguey” meaning the agave plant. This word has come to denote two different species, each with their own name in the Aztec language: Nahuatl. And one species isn’t even a worm.

There are two types of gusanos de maguey: the white and the red ones. The white gusanos de maguey (called chinicuil in Nahuatl) aren’t actually worms. Known by the scientific name Aegiali hesperiaris, they are the larvae of a butterfly that nests in the leaves and roots of the agave plant. Yep, that’s right! They are caterpillars.

Then, the red gusanos de maguey are worms. Known by the scientific name Comadia redtenbacheri, they are a completely unrelated species to the white gusanos de maguey. Called metchikuil in Nahuatl, these worms are parasites that infest the agave plant. Both species are fully safe to eat.

They are harvested during Central Mexico’s rainy season—which is the summer—and though they can be found in any region that grows agave, they are most commonly associated with the Mexican states of Hidalgo and Oaxaca.

Gusanos de Maguey have been eaten by the native peoples of Mesoamerica long before the arrival of the Spanish conquistadors. Due to their rarity and difficulty in harvesting, they had a sacred place in indigenous cultures. For this reason, gusanos de maguey were reserved only for royalty and the priestly class. These worms were seen as divine creatures, whose consumption imparted a person with the power of the gods.

Traditionally, they were toasted on a comal —a type of prehispanic griddle. The technique of frying wouldn’t be known until the Europeans arrived on the American continent. They were used in tamales, mixiotes, added to sauces, and even used in ancient sweets.

With the arrival of the Spanish conquerors, this once-sacred delicacy was now available to all classes of people. Since then, it has become a major part of some people’s diets—and the Food and Agriculture Organization of the United Nations estimates that nearly 2 billion people eat these worms today.

In the last hundred years, gusanos de maguey have become associated with tequila and mezcal. If you’ve ever seen a worm in a bottle of tequila, then this is a gusano de maguey. There are many legends about the origin of this tradition. One states that a worm was dropped in the bottle to prove that it hadn’t been watered down. If it died before it hit the bottom, then you knew it was pure alcohol.

Some historians have traced the practice to 1940, when a distiller named Jacobo Lozano Páez began adding a bottle to his mezcal because he thought the pickled worm added a good flavor to the spirit. Since then, many distilleries add gusanos de maguey to their bottles as a marketing gimmick; and today, whoever receives the worm in their shot glass is believed to get good luck.

Why Are Gusanos de Maguey So Expensive?

The harvesting of gusanos de maguey is a costly process that yields little. The worm lives in the center of the agave plant. For this reason, extracting the worm can damage the agave plant. You can safely extract one or two worms from an agave plant without killing it, however, if you extract too many, then you risk killing the plant.

Agave plants take 3 to 4 years to grow to the size required for the nesting of a worm, and they take about a decade to fully mature. The agave plant releases its sap, called aguamiel in Spanish—which is used to make pulque —in the final year of its life. At this time, you can harvest more than a couple worms, but remember that the plant is between 10 and 15 years old at this point.

This limit in supply—and an increased demand with the popularity of tequila and mezcal—means that gusanos de maguey can cost hundreds of pesos per portion. Of course, the price varies where you are situated. If you’re in a region that cultivates agave, the prices are substantially lower, but they are never cheap.

Whether or not you’re an adventurous eater, one can surely appreciate the ancient tradition that still lives in Mexico today. It’s just another example of how Mexican culture has deep-seeded roots that have become a part of daily life in this wonderful country.